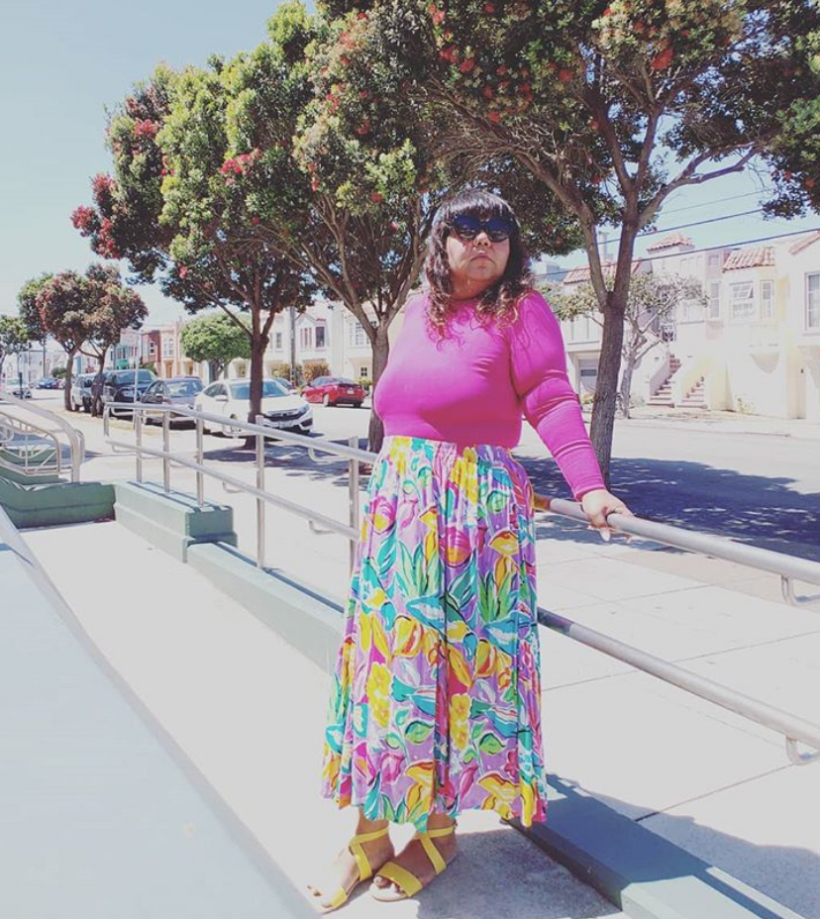 There’s a word for this kind of behavior: exploitation.

I began hearing a similar story come up again and again while I was talking to my fat friends, and it was this: they were being pursued romantically or sexually by thin people who alleged they were not attracted to them or who insisted on only taking the exchange to the point of plausible deniability — never pursuing dating, make-outs, or sex but definitely going beyond the platonic line.

I want to talk about a time that this kind of behavior went beyond romantic innuendo and into inappropriate touch.

In my early twenties I had a thin and muscular male coworker. Many of my thin colleagues flirted with him and went out of their way to express interest in him. Sometimes he would out of nowhere “playfully” run his hand up my thigh toward my crotch. He never actually touched my crotch, but fluttered his fingers around it like he was tickling me. It would happen very quickly and then stop. He would often do it out of nowhere when we were having a meeting alone. Sometimes he would do it in front of other co-workers when we were socializing after work.

He never verbally shared anything with me that was romantic or sexual, nor would we discuss what had happened. Once I did bring it up, and he pretended he hadn’t heard what I’d said and just continued the conversation. I remember the surreal combination of feelings his behavior provoked in me — shame, arousal, confusion, and that dyspeptic pride that internalized fatphobia gives us when we have garnered what we believe to be special attention from a thin person. I felt gaslit by his strange combination of behaviors (unexpected, brief sexual touch without any acknowledgement before or after), and doubted my recollection of the events.

His inappropriate and unwanted touching made me feel, in some misguided way, like I was desirable. When he did it in front of others, they never said anything to me or him. It felt almost like they refused to believe their own eyes. It was simply not logical that a hot dude would be touching a fat girl like that, and so it must not have really happened.

Fat people are taught not to value our bodies and our resources and so we often find boundary-setting more challenging.

They may perhaps feel like they are doing us a favor by lavishing us with a touch of sexual impropriety.

They might expect emotional, sexual, or romantic labor because fat people are culturally positioned as inferior or disposable and they have bought into this belief. Whether they’re consciously aware of it or not doesn’t really matter.

Thin privilege is a form of power that creates a sense within thin people that they are superior to fat people, and are therefore entitled to a fat person’s time, resources, attention, sympathy, dignity and body.

Fatphobia is a form of discrimination that creates a reality where fat people are treated as subhuman. We internalize that inferiority/inhumanity and this leads to feelings of disempowerment, decreased likelihood for self-advocacy and increased likelihood of exploitation.

I understand how difficult this can all be to read.

Fat people often get so little attention that feels positive, that when someone offers exploitative attention it can feel really good. It’s important to listen to your body and heed what it’s telling you. If you feel awkward, strange, dirty or flustered, these might be signs that you are dealing with someone who doesn’t want to respect you. It is not flattery, kindness, harmless flirtation, or innocent behavior, and you have the right to set clear boundaries and stay away from exploitative people.

If you like this article, please share it! Your clicks keep us alive!
Tags
Sex
Love
fat
thin
explotation