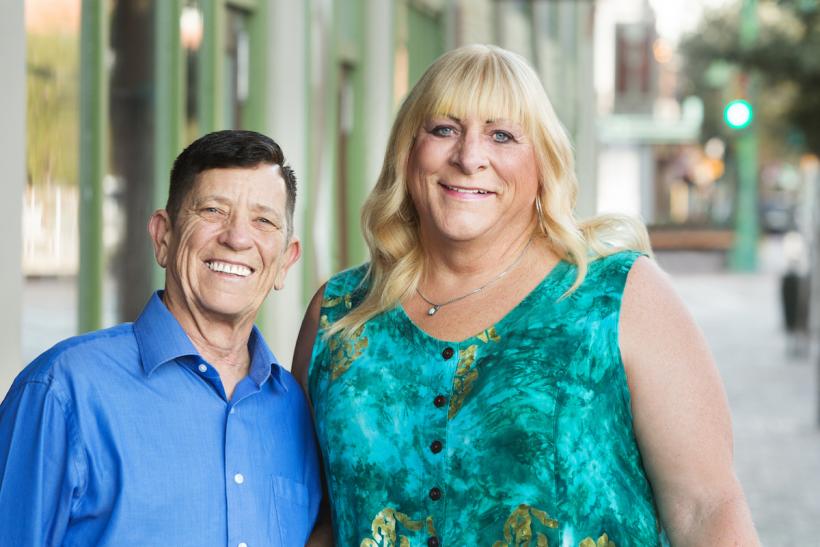 “Transgender people are mentally ill!” It’s a phrase that I get constantly as a trans writer. It invariably follows me everywhere I go on the internet, from comments sections on my articles to Twitter and Facebook. What I don’t ever say is that they’re half right — let me explain: my diagnosis is called gender dysphoria. Dysphoria is what we label the effects of having an internal sense of gender that is a mismatch from your assigned sex at birth.

The commonly held interpretation is that I am “a woman trapped in a man’s body,” but the truth is much more complex than that.

In May of 2017, a US District Court judge ruled that transgender woman Kate Lynn Blatt could sue her former employer Cabela’s under the Americans with Disabilities Act, the first time a trans person has been able to seek protections under the law. But along with the added protections that may come under the disability law comes a tremendous amount of associated stigma. In 2012, the American Psychological Association changed the name of Gender Identity Disorder in the new DSM-V — previously listed in the DSM-IV as a mental disorder — to gender dysphoria, and downgraded the condition to that of a clinical condition.

Gender dysphoria is one of those things that even trans people have trouble describing, which often results in lack of awareness for other people experiencing similar symptoms. When I spoke with CJ Anderson, a transmasculine person from London, they pointed out how difficult it is for trans people to even self diagnose with dysphoria: “It’s such a subjective experience that it was only when I started to read more that I realised this was the name for a feeling I’d been having. It wasn’t just about not liking how I pass in society, but things like being unable to sleep unless I was totally covered up, avoiding mirrors, general displeasure in how I felt in my own body... This kind of constant, grating discomfort that led to a lot of depersonalisation of my own body is something that I still fight with every day, but my experiences don’t quite match up to the “wrong body” narrative.”

Because dysphoria is still an official mental health diagnosis, it opens the door for those with an anti-trans agenda to malign trans people.

There is a considerable debate within the trans community nowadays over whether gender dysphoria should be considered a mental disorder or not. On the one hand, classifying it as a mental condition makes it easier to obtain insurance coverage of medically related transition care. But the stigma of mental illness still colors conversations between trans people and their doctors. Anderson illustrates how this stigma has affected their care, “There’s obviously some connection between my relationship to my gender and my mental health, but it took until I was 30 to find a doctor who was willing to listen and be receptive and impartial about it. It’s something that people still get embarrassed to talk about, as though it’s something that anyone has chosen. Being trans needs to be less stigmatised. Problems with mental health need to be less stigmatised.”

While Anderson and many others in the trans community see the need for less stigma, Alex Millard, a trans man from Alabama thinks that it’s diagnosis itself that’s part of the problem. “Some of us reject medical diagnoses, instead critiquing the gender binary and the idea that we must conform to a prescribed set of cisnormative ideas of what we should and shouldn't feel about gender in order to be allowed to access any transition care. And of course, the binary and the checklists we need to mark off to transition are absurd.” Millard’s point is rooted in the history of trans medical care.

In the past, trans people were denied transition care for not fitting into gendered stereotypes.

It used to be that trans women who were attracted to other women or who were not cisnormatively attractive would be denied hormones or further transition care. These types of stereotypes, like whether trans women prefer wearing skirts or dresses or had feminine mannerisms, are rooted in oppositional sexism and the gender binary. Transitioning recently is much easier, but there’s a real lack of transition care options for non-binary people who aren’t traveling from one end of the gender binary to the other.

The change in name and classification for dysphoria from GID as diagnoses sought in part to alleviate the mental illness stigma for trans people by creating more precise language. Because once gender dysphoria is treated and alleviated, the patient is no longer considered disordered, whereas previously the GID diagnosis was permanent even if the patient transitions and no longer experiences dysphoria. In other words, the mental health community is signalling that trans people who have transitioned and alleviated their dysphoria should no longer be considered to have a mental disorder.

Despite it all, a gender dysphoria diagnosis still comes with heavy social price. Because dysphoria is still an official mental health diagnosis, it opens the door for those with an anti-trans agenda to malign trans people. “Transgender is a mental disorder” is still a rallying cry for not only the religious right, but also trans exclusionary radical feminists and anyone else who might hold negative views on the trans community. While technically it’s true that dysphoria is a disorder, using the diagnosis that trans people need for treatment to further marginalize them fundamentally misunderstands how the condition works and is, simply put, cruel.