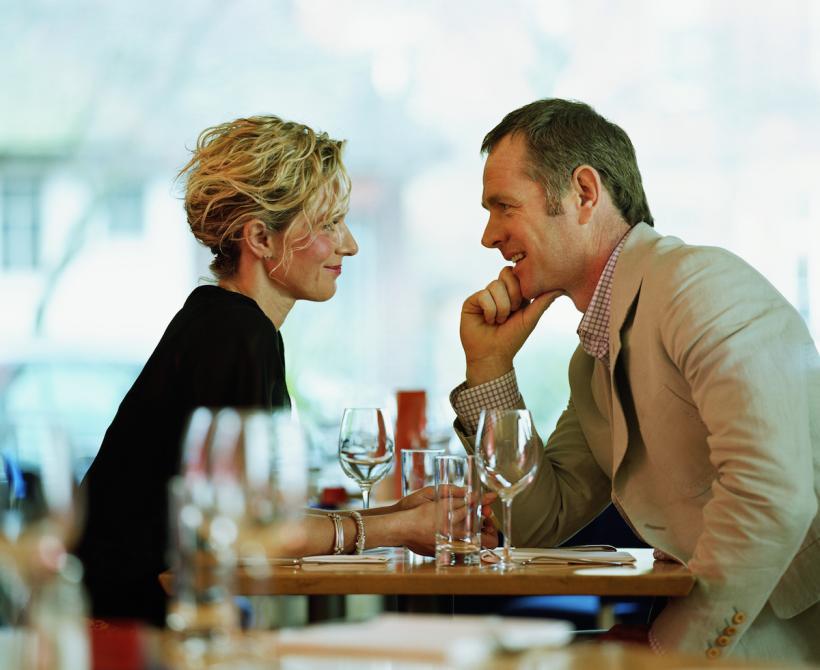 I’m not looking to be a sexy mistress, an evil home-wrecker, or in-the-meantime entertainment.

I ring the buzzer for apartment 406, then take a couple steps back to get a better view of the building. It’s a typical Mexico City concrete four-story, nothing fancy, but it borders a tree-filled park and has a two-month sublet available.

The door opens and a tall, thin man introduces himself as Andrés. His head is bald and shiny as a grapefruit, and behind a pair of thin-rimmed glasses he has dark, deep-set eyes. He’s about 6’2, unusually tall for a Mexican, and looks to be a few years older than me.

He shows me around the place, explaining he’s subletting the spare bedroom while he goes to Europe for work, but he’ll be here for part of each month too.

I freeze, my spoon hovering in midair as my brain twirls around the word “wife.” There wasn’t an “ex” before it.

The spare bedroom is empty save for a double bed, and it has a glass door that opens to a large, lovely terrace overlooking the park. When I point out that neither the glass door nor the bedroom’s window have curtains, Andrés jokes, “Curtains are for slackers. You should get up with the morning sun.”

“Geez, you’re complicated.” He smiles. “Just sit on the terrace all day.”

I think his jokes are an attempt at flirting, and I’m charmed by this because I suck at flirting too. I notice how graceful his movements are, and the way his eyes crinkle up when he smiles. His energy is eager but confident, and I like it.

I tell him I’ll let him know by the end of the week. Strolling down the street a few minutes later, noticing how many cute cafes and restaurants there are in the neighborhood, I get a text from him: “I hope you take the room. I got a really good vibe from you.” Wink emoji.

I’m flattered and a little weirded out by his pushiness. What’s with this guy?

“You don’t need the subway when you live in the city’s belly button!” he replies. “You can walk everywhere.”

Untrue. I definitely need the subway — this city is gigantic.

We banter back and forth a little more. I’ve already decided not to take the room — I don’t want to buy a desk and dresser and put up curtains for just a two-month stay, plus I might be interested in this guy and that would make it a bad idea to live with him.

The next morning I write, “I’m not going to take the room. But we can be friends if you want.”

“OK. Want to have lunch on Saturday?” he replies.

Related: Ask Erin: Should I Tell My Husband’s Boss That He Is Having An Affair With His Daughter?

On Saturday I comb the knots from my hair and trade my usual yoga pants and T-shirt for jeans and a beaded tank top. I’m excited—Andrés seemed smart and quirky and I don’t doubt he’ll be interesting to talk to.

When I get to the restaurant he chose he’s seated at an outdoor table, a slightly ridiculous-looking fedora on his head (I dislike men in fedoras almost as much as I dislike men in jewelry).

We chat and look over the menu, and both order the fixed-price meal. He tells me he rented the room to a Canadian consultant. “She’s probably sitting on your terrace as we speak,” he says with mock sadness.

He’d mentioned he worked in the same building the apartment’s in, and I ask him about this. He tells me he’s an artist, and his studio is the whole second floor, and it’s really convenient because he works crazy hours. When he says he does mixed-medium abstract visual art, I nod as if I know what that means.

“Where in Europe do you go for work?” I ask.

“Paris,” he replies. “It’s not just for work, my wife and son live there.”

I freeze, my spoon hovering in midair as my brain twirls around the word “wife.” There wasn’t an “ex” before it.

“Yeah. I told you that when you came to see the apartment.”

I shake my head firmly. I’m 1,000% certain Andrés did not tell me he was married when I went to look at the apartment, because if he had, we wouldn’t be sitting here right now on what I thought might be a date.

“You’re blushing!” he exclaims. It’s true; I can feel my cheeks gone scarlet. I’ve always been terrible at masking my emotions.

My eyes flit to his left hand. “Why aren’t you wearing a ring?” I demand.

He shrugs. “I kept taking it off to work and to exercise, and after losing it a couple times I just stopped wearing it. It’s on my dresser at home.”

I frown. What a convenient place for it.

Staring into my bowl of lumpy cream of broccoli soup, I wonder how best to salvage this situation. We’re already sitting here having lunch, and though I’m annoyed by Andrés’s obvious pleasure at learning I’m attracted to him, it doesn’t seem worthy of leaping to my feet and storming off. After all, I was the one who’d suggested we “be friends.”

I decide the best course of action is to laugh it off and try to enjoy the rest of the meal.

He tells me he and his wife met when he went to Paris to study under a famous artist (whose name I’d never heard). They’d married there and their son had been born there, but his dream had always been to open his own gallery back in Mexico. He’d finally succeeded last year, and now that things were getting off the ground he was spending more time here than there.

I’m relieved when, at the end of the meal, he doesn’t try to pay for my share. By the following day I’ve succeeded in putting him out of my mind and writing the whole thing off as a misunderstanding. When a text from him pops up on my phone, though, I reflexively feel a little thrill, followed by a wave of guilt, then one of annoyance.

This dude has a wife. Why is he asking me how my day’s going and sending me a video of a big dog trying to squeeze through a small dog door (which, admittedly, makes me crack up)?

I’m not looking to be a sexy mistress, an evil home-wrecker, or in-the-meantime entertainment. And the way I see it, those three scenarios are the only possible outcomes of this situation.

Or are they? What if Andrés really does just want a friend? Maybe I’m being incredibly presumptuous. He’s probably just a bit lonely, and liked the attention I was giving him.

“Maybe they have an open marriage,” a friend suggests. “So it wouldn’t be cheating.”

“Not interested,” I reply immediately. I don’t even like sharing a bowl of popcorn; why would I want to share a person? Open relationships seem to be the new big thing, but I’m fairly certain they’re not for me, at least not at this point in my life. Even if Andrés has an open marriage — which I doubt — to me, he’s still fully taken.

Thinking about this, a bubble of cynicism wells up inside me. Andrés is successful, down to earth, easy on the eyes, and over 35. Of course he’s taken; why wouldn’t he be?

It seems like every time I see an attractive man who also looks kind and like he’s got his act together, he’s wearing a ring. Every time. The men who aren’t married either don’t want to be, or they’re too young, or they’re far from being ready to form half of a couple.

Many 30-something singles think, “I’ve waited this long, I can’t settle now.” We feel that our patience and perseverance in searching for the right partner will ultimately yield a reward. If we just keep trying, we’ll find that amazing person, even if it takes longer than we thought it would.

Sometimes, though, I worry that the opposite is true. What if, by waiting this long and being this picky, I’ve let the playing field get so narrow that all the good people have already left it? What if all the good ones really are taken?

The dating pool obviously does get smaller as we get older, but when this starts to get to me, there are two things I try to remind myself of…

First: Lives constantly shift. People move, they break up, they get new jobs and hobbies, enter different circles of friends, start to want something they didn’t want before. I’m a good one and I’m still looking, so there’s got to be other good ones in similar circumstances.

Second: I don’t need there to be hundreds or even dozens of good ones available — I only need there to be one. In the grand scheme of things, one is a teeny, tiny number, and to believe that not even one is left would be absurd.

Andrés and I have lunch a couple more times, keeping the conversation mostly about work. After I leave Mexico in the spring, we fall out of touch.

I’m OK with that, because he’s a good one but he’s taken, and I need to look for a good one who’s not.

If you like this article, please share it! Your clicks keep us alive!
Tags
dating
finding a partner
looking for love
married men
open relationships
single women
infidelity
open marriage