Knowing What You Want (In Bed And In Life) 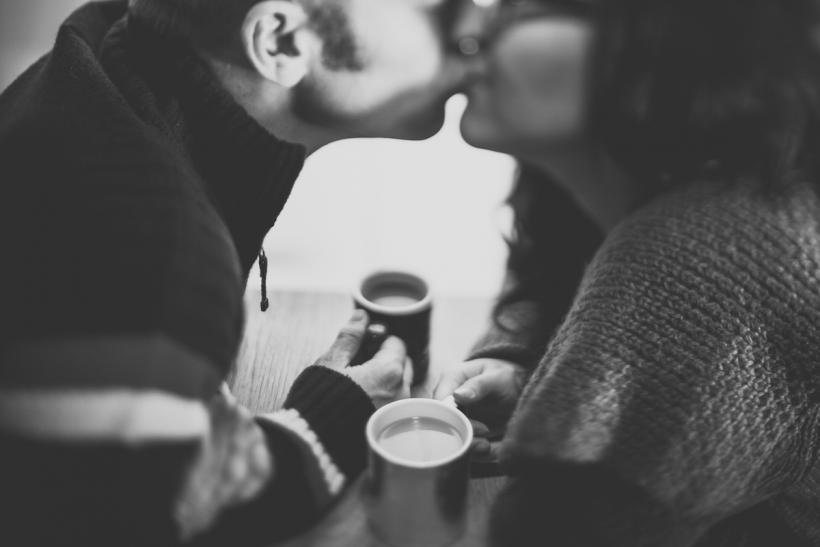 Photo by Nathan Walker on Unsplash

I don’t usually Tinder much when I come to the Mexican city my mother is from. It’s a small, everyone-knows-everyone kind of place. So I’m intrigued when I match with a blue-eyed, sandy-haired, obviously foreign 31-year-old named Erik.

We meet the following day, and I find out he’s from Germany, but has been living in Mexico for eight years. He’d come here on vacation, decided to stay a few months, then never left.

Our conversation quickly departs from the typical first date “what’s-your-favorite-music-how-many-siblings-do-you-have” script. We talk about our relationships with the different members of our families, and the ways German and American and Mexican culture differ, and the books we’ve read recently. It feels like we’ve known each other for years.

I’ve never been very daring when it comes to love, almost always choosing to play it safe rather than risk rejection. But Erik is the first person who’s given me butterflies in over a year, and it really is now or never.

That night, he texts: “Awesome to meet you today.” The smile on my face is huge. A European guy who speaks fluent Spanish, loves Mexican culture, and happens to be gorgeous—did I just win the lottery?

Two days later we meet again. He’s wearing glasses (which I love), and he’s washed his hair (it was a little greasy last time, not that I minded), and he looks So. Good.

At his favorite bar, we drink and talk and listen to the DJ spin. When he touches a hand to my forearm, I’m encouraged—surely there’ll be a goodnight kiss, at the very least.

I’m leaving to go to Mexico City tomorrow — 250 miles away — so this may be the last time I see Erik, and I’m already smitten.

I want this to be our beginning, not our end.

I’ve never been very daring when it comes to love, almost always choosing to play it safe rather than risk rejection. But Erik is the first person who’s given me butterflies in over a year, and it really is now or never. My heart pounds as I say, “Come to Mexico City with me.”

He looks intrigued, and asks where I’m staying and for how long, but gives a noncommittal shrug-nod to end the conversation. I linger to give him a chance to kiss me, but he’s still as a statue. I hail a cab and ride home in an aggravated, tequila-induced fog.

In Mexico City two mornings later, I wake up to a text from Erik: “I’m on a bus headed there. Gets in at 3pm. See you soon.”

I sit bolt upright. Holy shit. A guy I’ve been on only two dates with is taking a five-hour bus ride and disrupting his entire schedule for me.

Nothing like this has ever happened before. The farthest that men usually travel to see me is across a city, and even that takes days of planning.

So he didn’t kiss me yet — so what? He wouldn’t be coming if he wasn’t seriously interested, right?

That night after dinner, we’re sitting on the couch talking, and it starts to get late. He’s not making a move, and I really want to kiss him, so I inch my face closer to his and go for it.

As far as first kisses go, it’s…odd. His lips graze mine, and they’re dry and puckered and unmoving, and he pulls away after about three seconds.

In bed he embraces me, pulls me to his warm, muscled chest, and rubs my back — but shows zero interest in taking things any further. But, OK, we did just meet last week, and we have three more nights, and there’s something sweet and tender in the way he’s holding me, so I decide to just enjoy that.

The following days are lovely. Erik and I explore the city together, talking about our lives, developing an easy emotional closeness. We walk around holding hands, and it’s been so long since I held someone’s hand, and I love how strong his hand feels around mine.

The nights, though, are torturous.

We sleep entwined, and I breathe in his scent and feel his heart beat against my cheek, but no hands wander, no clothing is removed.

Part of me understands Erik’s prudishness, because I’ve been known to be somewhat prudish myself. I usually like emotional intimacy to preclude physical, not vice versa. I like to wait awhile, get to know someone first, have it mean something.

But I’m in the midst of the longest dry spell of my adult life, not coincidentally, in the wake of the worst breakup of my adult life. It feels far too cruelly ironic that Erik, the first person I’ve invited into my bed in over a year, doesn’t seem at all excited to be there. The fact that he has the nicest body of any man I’ve ever dated just adds insult to injury.

On the third day, we’re walking through a park when something inside me snaps, and I stop mid-step and turn to him. “Why aren’t we having sex?” I demand.

I tell him that, for me, his coming here meant something — something kind of big. I tell him I’m looking for a relationship, and I really like him, but I’ve never shared a bed with a guy — a twin bed, for chrissakes — for three nights in a row and had nothing happen, except once and that guy was gay.

“You obviously didn’t come here for sex,” I finish. “Are you interested in a relationship? Or else, what are you looking for?”

He puts an arm around my shoulders, and we walk several steps in silence before he finally says, “I don’t know.”

He tells me he came here to spend time with me, but hasn’t thought beyond that. He goes into detail about a past bad relationship, which made him hesitant to get intimate with anyone too fast.

I’m a little discouraged, but instead of cutting bait, I do the thing you’re never supposed to do: hope he’ll change. I figure it’s not often someone comes along who makes me feel this way. I can wait.

That night is no different from the others, and in the morning I come out of the bathroom to see Erik lying on his stomach, shirtless, propped on his elbows reading. His broad shoulders and back taper to a narrow waist, the line of his spine a deep, straight groove at its center. His skin is smooth and there’s not an ounce of flab on him. As I stand there staring, I realize my mouth is actually watering — I’m a split second away from literally drooling over this guy.

For the first couple weeks after I’m back in the United States, Erik texts me every day. We say we miss each other, and we send photos of where we are and updates about what we’re doing.

He talks vaguely of doing an internship in Brazil, but hasn’t applied yet, though he wants to go this year. He’s not sure what kind of job he’d like to get once he finishes his master’s degree. He doesn’t like his apartment, but doesn’t feel like looking for a better one. He’d love to visit me, but he’s living paycheck to paycheck and can’t afford the flight.

Around the two-month mark Erik stops responding to my messages, with no warning or explanation. I’m hurt and confused, but deep down, I know he’s doing me a favor; if he hadn’t ended it I probably would have kept waiting, letting time swirl down the drain.

I’ll never know what was in his head. Maybe he’ll know what he wants when he meets the right person, but that person wasn’t me. Maybe there was something deeper going on the whole time that I was unaware of.

You can’t always get what you want, but Erik showed me that knowing what that is is a great place to start. Without a target, you’ll miss it every time.

If you like this article, please share it! Your clicks keep us alive!
Tags
dating
intimacy
Tinder
online dating
First Kiss