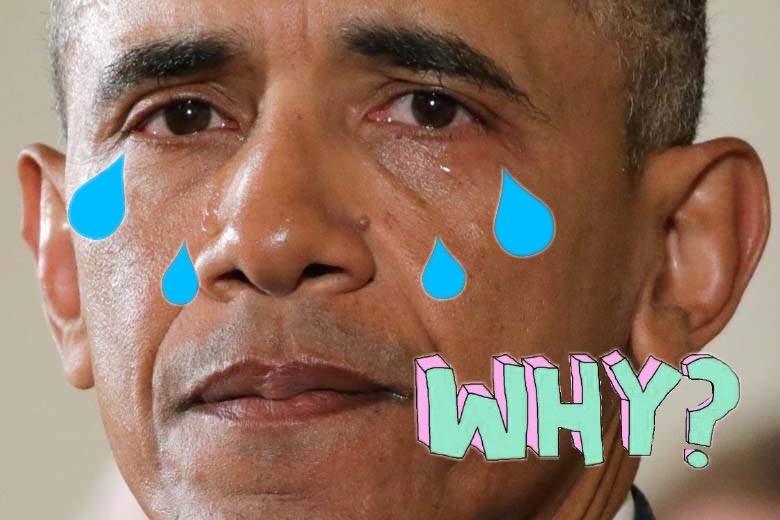 Obama worked SO hard, you guys!

Today we are pleased to bring you chapter fifty-bazillion in the on-going saga of TrumpCare.

For those of you who have been reading along at home, the Republicans on Capitol Hill have been repeatedly trying to repeal and/or replace Obamacare with various different new healthcare systems. I could describe all the systems in some detail but it’s easier just to say that they all sucked. And by sucked I mean they would make health insurance inaccessible for tens of millions of people.

Each attempt to pass these bills has been stymied by a combination of resistance by engaged citizens just like you and by a tiny number of Republican legislators who are not interested in seeing their constituents sicken and die for lack of insurance.

In today’s chapter we see Senator John McCain reprise his role of spoiler supreme by once again telling his colleagues that no, no, he will not be voting for a crappy-ass bill that would yank healthcare away from tens of millions of people. He didn’t do it in July and he wasn’t going to do it now.

You may do a very quick happy dance over that news.

Now, get out your phone and keep making phone calls to your Senators because I do not believe for a minute the McCain’s statement is going to be the watershed moment that kills TrumpCare for once and for all. This bill has more lives than a zombie cat and I’m pretty sure Republican leadership will try and buy a yes vote from someone like Senator Collins or Senator Murkowski by promising them special treatment for their states.

It’s aggravating. It’s boring to have to keep calling and tweeting facebooking and begging our relatives and friends to call, tweet, and Facebook. But we have to keep doing this until the end of the week. That’s when the clock runs out on the Republicans' chance to pass this with only 51 votes. Starting on October 1, they’ll need 60 votes to get stuff through.

They don’t have 60 votes on their own so anything that passes, will need Democrats to buy in. That won’t fix everything, but it might be the silver bullet for TrumpCare as we know it today.

So let’s do this final push.

Fill up some Senate voicemail boxes. Attend some weekend rallies while Senators are in their states. Take a deep breath and make just  bit more noise.

You’ll be glad you did.