What’s Not Said: A Love Letter From Your Friend, The Flake 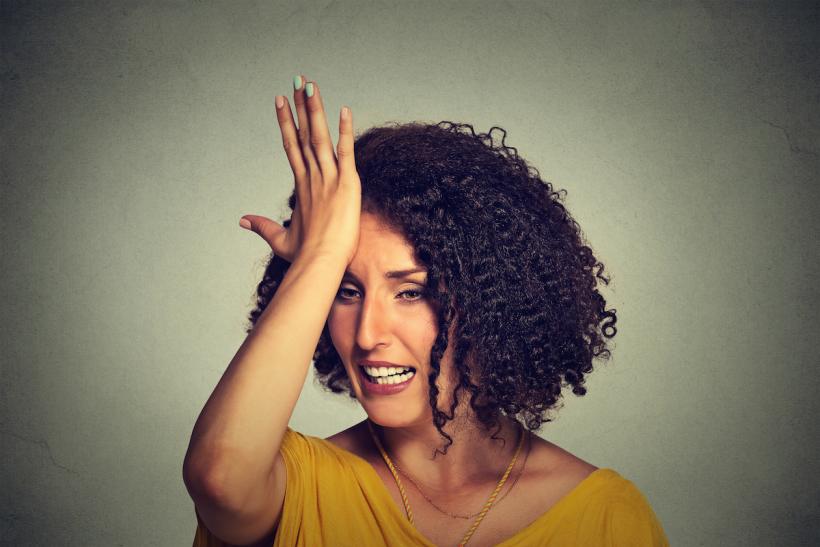 About a year ago, a friend was at the end of the rope with me. Damnit, she said, can’t you just keep a fucking promise?

Those sorts of words move through you like a gunshot. First you’re struck dumb, and then you’re hot with anger and confusion, and then you’re just bleeding. Later, when you’re apologizing, you realize it wasn’t a gunshot at all — but a long, hard look in the mirror of shame and irreconcilable endings. My friend of a decade had moved on, deciding that I’d missed her birthday too many times.

Or I’d missed the poetry reading I said I’d go to (the one I RSVPed to, for real, not just with a robotic click of a button). Or the dinner I cancelled an hour before. Or the text I didn’t answer — the one that I really needed to just answer.

And the whole time, on my end, I’m thinking: I love my friend. So why do I do this?

Throughout my life, I’ve met a lot of flakes. Weirdly enough, when someone flakes on me, I want to Scorpio-out on them. I think, “Fuck this!” To say I am a hypocrite is an understatement of divine proportion — I’m an awful human being. I can dish it out, but…

I meet lots of flakes — at times named by the misnomer: ‘bad people’ — and sometimes we get together and talk about being flakes. I have no clue how it comes up, but it comes up because we’re magnets to one another. We’re such flakes, we chant! I don’t know what the hell is wrong with me! And then the laughter turns to awkward self-reflection and weak (but sincere, so sincere) consolation. The irony is that we have such a great time, promise to make plans again — presumably to talk about other things besides flaking — and then we flake. SURPRISE.

"Ask your flaky friend why they’re flaking — open up the opportunity for them to talk."

But we (unlike our non-flake counterparts, those reliable muggles) have a quiet contract; we both know that the other is part of a secret society of flakes who, through a glance, can understand that ‘I love you but I just cannot leave the house.’

Here’s the problem: Non-flakes are so good. They’re so, so good. They show up. They keep their promises. And they put you into their date-book and keep you there. And it makes you love them because they are honoring your existence while we flakes seem to take a shit right on your very name. We don’t mean to, though.

Sometimes we flakes may cancel for a variety of reasons (my dog is sick, I have a doctor’s appointment, I’m working late), but those are usually lies. The real reasons — which I’ve sourced from other bonafide flakes — may include:

Now, you may say that the difference between flakes and non-flakes is that the non-flakes honor their friends over their own issues. That’s valiant, and probably deserving of an award (I mean that), but not everyone has the resilience or capacity to just put their woes aside. And I think that deserves a little more recognition. I’ve definitely flaked because of auto-immune disorder stuff or exhaustion (working 9-5 and commuting and freelancing on the side runs me through the ground) or family stressors. But I wasn’t always transparent. Nor did people think to ask.

On the flipside, sometimes people don’t care if you’re transparent. Sometimes they just have a limit. But on behalf of my family of flakes, I ask you to start a conversation with your flaky friend — to just try, one time — to donate some energy to the cause (after which, if you feel you cannot make space for a flake, walk away). Ask your flaky friend why they’re flaking — open up the opportunity for them to talk.

“I noticed you’ve been cancelling a lot. It makes me feel XYZ, but I want you to know I’m hear to listen if you would like to talk. I hope we can work this out because you matter to me. I just don’t want to keep making plans that we cancel.”

Or, you can go softer:

“This is the third time you’ve cancelled on me. You don’t need to tell me what’s going on, but I am here for you! Totally understand if you can’t keep our plans — why don’t you let me know when you’re ready to hang out? It’s O.K.”

By giving the flake an opportunity to respond in kind and space to focus on their own issues, you respectfully let the flake know you’re onto them.

If it continues, then it’s up to you — having patience and understanding that all humans are different is one approach. Walking away — if you need more from your friends — is another. But please know that us flakes usually are dealing with something more than being lazy or disinterested. Flakes are usually ashamed and angry at themselves for not being able to speak out or address things “properly,” so a little love can go a long way.