Why Did I Wait So Long To See A Psychiatrist? And At What Cost? 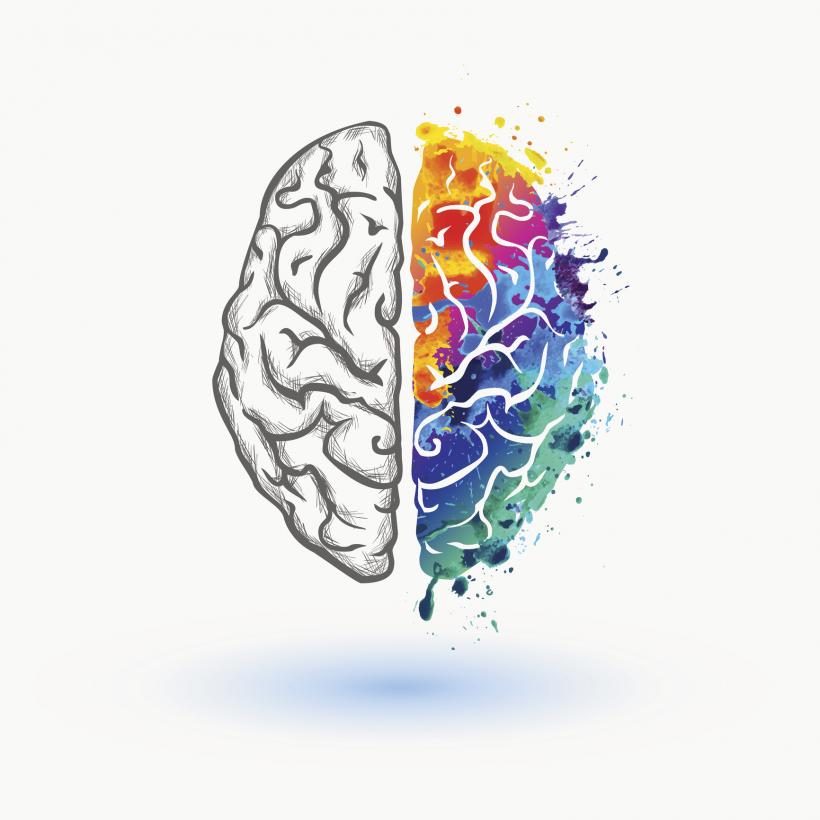 I think you’re not supposed to use the word crazy, but I use it, because I am. I think being crazy means I get to decide. I say "crazy" because saying "crazy" feels better to me. "Crazy" can mean so many things besides just “sometimes I max out all my credit cards and take my shirt off in public” or “sometimes I’m so depressed I pray for the sweet release of death.”

Even if you know you’re crazy, there’s something about a psychiatrist telling you that you’re actually crazy that makes the crazy seem so much more definitive. “Crazy” just used to be a colloquialism, then suddenly, it’s become thing you are.

My psychiatrist would never call me crazy. He’d eat his Sunchips and drink his non-fat Starbuck’s latte and wait for me to tell him all of the horrible things I’ve done. Then he’d calmly tell me I have bipolar disorder like it was as simple as saying “you have a booger in your right nostril” only even easier because I already knew I was crazy but I had no idea about the booger.

What he’d call me is bipolar 1.5 — “worse” than type 2, but without the type 1 psychotic episodes where you think you’re Oprah or Jesus or something equally spectacular like a dragon or a unicorn. I never did think I was Oprah, which is unfortunate because being crazy and Oprah would probably have been more fun than just being crazy and me.

Either way, no one wants to be crazy or mentally ill or whatever more palatable name you want to give it. It doesn’t matter if every fourth person you know is crazy, being lumped into a group of people who have an illness that's barely acknowledged as real, is not a thing anyone wants. I’m a charter member of a club I didn’t ask for membership in at all.

I didn’t seek treatment for a long time, for a few reasons. My reasons don’t make me unique. In fact, I bet if you asked around you’d find that a lot of folks would cite the very same.

Mental illness, in my case, is a thing that’s been passed down from generation to generation, right along with eye color and an unusually swayed lower back. I didn’t want to be my mom because my mom fucked everything up, including seven marriages and me.

No one wants to be that person.

While I was avoiding finding out I was my mom, I was acting like my mom.

Who would willingly give up boundless creative energy and a feeling of general invincibility?

Aside from giving up my mania, taking meds meant giving up my sex drive, my ability to orgasm, the skill I previously possessed of easily accessing words and information in my brain. There are other things meds take from you, but those are enough to turn anyone away from pharmaceuticals.

When I finally did seek treatment, I did so because, by the grace of some higher universal power, I saw that I was about to royally fuck up my life. Again.

Having so recently fucked up my life, I guess I had the fortitude to know that wasn’t a chapter of the book I wanted to read twice.

So I found a psychiatrist.

The psychiatrist didn’t flinch when I told him about my life. Regardless of the gravity of the mistakes I’ve made— the spending, the sex, the moral ambiguity, the utter and total loss of regard for self — he didn’t flinch. He ate his Sunchips and sipped his latte (which was surely cold by the time I finished my sad story) and told me I was bipolar, like it was a booger.

But by the time I was sitting across from him getting a diagnosis, in his moderately-sized 4th-story office with the huge window that looks out onto a nondescript parking structure where a bunch of mid-sized sedans sit, and other crazy people walk, I had already lost a lot. I had already spent 20 years waiting for my brain to correct itself or for my body to age out of its insanity.

Which, of course, it never did. Because that’s not a thing bodies do.

In case you thought that happened. It doesn't.

While I was waiting for the correction, I lost my college education. I lost the hard work it took to get there, the years of late night studying, the AP exams, the misery that is high school, I walked away from it. I’ve listed before the number of reasons I walked away — money, getting married, having kids — but I think the real reason I walked away was I was either too depressed to make it work, or too manic to stay focused, or too paralyzed by my OCD to open myself up to failure.

A diagnosis might have saved me the career I wanted so desperately.

While I was trying to be the best version of myself, I lost 30 pounds, then 40 pounds, then 60 pounds. I lost my social life. I lost my ability to eat food without attaching morality to every bite. I ultimately broke my leg and lost my mobility, too.

A diagnosis might have saved my relationship with my body.

While I was waiting for it to just go away, I lost a lot of money. I spent hundreds of dollars on purses and shoes and clothes I’d wear one time or not at all. I maxed out credit cards. I bought cars I couldn’t afford. I went literally bankrupt. I bought a house which eventually went back to the bank — not in small part because I simply couldn’t admit that I was broken.

A diagnosis might have saved me thousands and thousands of dollars.

While I was avoiding finding out I was my mom, I was acting like my mom. I was yelling at my kids. I was spanking them out of sheer frustration with my own emotions that couldn't be tamed. I was being the parent I did not ever want to be, hating myself and frightening them.

A diagnosis might have saved my children that fear.

While I was waiting for my depression to just go away, I was suicidal. I was imagining driving off a bridge or taking a bottle of pills or bleeding to death in my bathtub. I was imagining how much easier my kids' lives would be without me.

I lost my family. I chose to lose it, and by losing it, I gained another one, one that is wonderful and more than I could ever want. But I lost the first one, just the same. I walked away from my husband and my kids and my house and everything I’d built and fought for. I did it all thinking it was a great idea. I did it at the risk of my relationship with my kids. And then I almost did it again.

But then I had a diagnosis. I met a psychiatrist, a man who listened to my fears and failures and gave me the diagnosis I never wanted, but always needed. He gave me the meds that would take my sex drive and my memory, but give me a full night of sleep and a feeling of peace, a feeling that my brain no longer existed to betray my body.

I'd like to reach back 26 years, right into my AP Chemistry class, and pull 17-year-old me off the stool at the lab station. I'd like to be able to give that young girl, driven to sleeplessness, in the middle of her first manic break that disguised itself as ambition, even a glimpse of her future. I'd like her to know the misery that mental illness causes her and the people she loves. I'd like her to know that it doesn't have to be that way. I'd like to hold that girl like I'd hold one of my own children. I'd like to tell her she is loved, there is no shame in her brain chemistry, there is no reason to deny herself the care that will save her.

I'd like to tell that sweet, scared girl that it's going to be hard, but someday she will be diagnosed, and that diagnosis will save her.