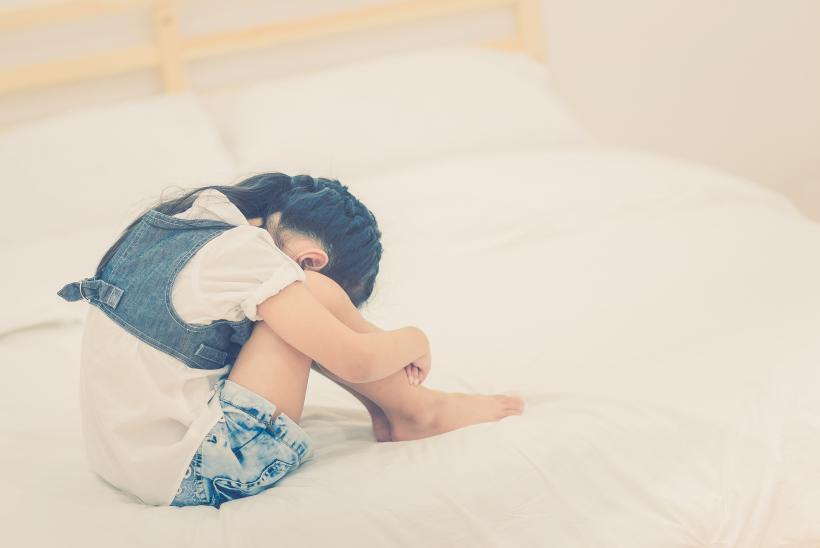 He assaulted me, and my prevailing feeling was shame.

As an adolescent, I loved sleepovers. Sleepovers meant movie marathons. Popcorn, candy, all of the things that aren’t on the food pyramid. Comfy pjs. All night gossip sessions. Snuck Champagne, stolen from my mom’s holiday gatherings. Bras snatched and frozen in chunks of ice. And once, thankfully only once, sexual assault.

Sleepovers were my favorite, right up until they weren’t.

It was summer. The weather was stiflingly hot, the way only California can be. I was 13. It’s funny how when something terrible happens you can easily recall small details, like how warm it was or the color of shirt you were wearing or the smell of microwave popcorn and Red Vines. It’s funny, but not the funny that makes you laugh, more like the funny the makes you wonder why your brain would torment you with a collection of details that serve no purpose aside from allowing you to recreate trauma, even when — especially when — you don’t want to.

My friend and I were situated horizontally on her twin bed. I was lying parallel along the bottom edge on my right side facing the wall. She was to my left facing the same direction. My legs were curled tightly underneath me — my body contorted into the too small space.

In the silence of the summer night, while the rest of the house slept, my best friend's brother slipped under the blanket into the tiny bed behind me. He curled up to me the way husbands sometimes curl up behind their wives in a gesture of love and safety — but there was no safety there, no love. There was just greed, aggression, the sense of entitlement that only young men have been made to believe they are owed.

I woke up with his hands inside my underwear, inside my body.

I was on my period, one of the first of a hundred periods I'd have over the next thirty years. I was wearing a sanitary napkin (which is what our mothers called “pads” in the 80s) that was so large it barely fit in the underwear with the pink flowers that my grandmother bought me in the little girl’s section at JC Penney. The pink flowers are another detail I don’t need.

We are not born believing that if someone harms us it is a reflection, not of their failings, but of our worth.

When I woke to his hand groping me from behind I was confused, then humiliated. The first thought I had, when I was awake enough to have a thought, was when he was done with whatever he was going to do to me, whatever he touched me with would be bloody. He’d be bloody, and I’d have to apologize for the mess I had caused. That’s the shame my 13-year-old body already held.

He violated me, robbed me of an innocence I would never recover, and I was embarrassed that I was bleeding.

This feeling is not inherent. We are not born ashamed of our bodies or their functions. We are not born believing that if someone harms us it is a reflection, not of their failings, but of our worth. We trip and fall off a curb, and we hope no one was witness to our poor coordination. We spill a glass of water at a restaurant and apologize for our clumsiness. That makes sense.

He assaulted me, and my prevailing feeling was shame.

For many women (dare I say all?) who have a story of assault, the #metoo a woman was finally brave enough to share, there is a layer of shame buried somewhere within — not because we were born with it, but because it was taught to us. We have learned it the way we learned our multiplication tables — repeated until we can recite our worthlessness by heart.

Instead of the rage that is warranted, we ask ourselves what we did. We ask what we should have done. Was it the clothing we were wearing or the way we spoke? Was it in the way stood or in the position we laid? Did we offer our body? Did we deserve it?

If we speak, will people believe the trauma we share? Will we be considered credible? Or will they say we exaggerated? Will they say he’s a “nice guy?" Or will they witness our pain and stand with us through it?

Thirty years later, as I put figurative pen to paper, these familiar feelings rise again to the surface. They spill from of my eyes, rolling down my cheeks and onto my sweatshirt, leaving the damp circles of painful memories behind. They flush my cheeks and activate my nervous system in only the way something like this does. There is nausea in the lowest part of my stomach. There is a distinct sensation I feel right in the place he put his fingers — painful, aching, scratching — the visceral expression of a memory of fear and terror and confusion.

I can see the questions I asked myself then — like a ticker tape, the bottom of a news broadcast that repeats the same story until a new story replaces it.

Why is this happening? When will it stop? What do I do? What did I do?

Thirty years ago, I was lying in the dark, curled up on my best friend’s bed, paralyzed with fear. I asked myself these questions but could formulate no answer. I just did not know what to do. Sometimes when you don’t know what to do, you just don’t do anything. You don’t scream “NO.” You don’t say “no” at all. You just lay still and wait for it to be over. Because the legal system doesn’t trust victims, they sometimes like to call this “buyer’s remorse”  — as if I bought a sports car and woke up in the middle of the night only to suddenly realize I couldn’t afford the payment.

I didn’t permit him to touch my body. There was no product or service he sold that I decided I didn’t want to buy. I laid motionless, terrified, feigning sleep, and hoping if I just rolled a little further from him and closed my legs even more tightly, he’d leave.

The story doesn’t end with him being held responsible for what he did to me. The ending is anticlimactic, as is often the case when young girls are assaulted and terrified to say so. I crawled across the hardwood floor in the darkness of my friend’s small house at 1 am until I found a hidden space behind a recliner in the corner of the living room. I crouched behind it, confused and crying. When daylight came, I went home, and he went on to adulthood without so much as a smudge on his public record.

When I told my friend what happened, she called me a liar. In one day, life taught me two painful lessons: best friends won’t always defend you, and men won’t always ask for consent.

It would take ten years before I could be with a lover in total darkness, and more than 15 before any man could approach me from behind at all. The dark, the groping hands, the panic still sneaks up on me unexpectedly — like a car accident, one moment you’re driving and singing along with Taylor Swift, then the sound of crunching metal and the panicked voice you don’t even recognize as your own.

It would take a lifetime for me to trust a man at all. He took me, he wounded my body, broke my heart, and then left.

There are nights I can feel his hands on me, reaching into me, stealing my innocence and leaving behind feelings I’d still be reconciling even at 43-years-old. There are days I curse him and the piece of me he thought he deserved.

I have learned that sexual assault was not my fault; I have released the shame. But I have not learned how to forget it happened — I wonder if I ever will.

If you have been sexually assaulted and are in need of support, please call RAINN at 800.656.HOPE (4673) or visit their website at www.rainn.org.

If you like this article, please share it! Your clicks keep us alive!
Tags
assault
#metoo
sexual abuse
Rape
blame
shame