Why Men Need To Stop Using The Word “Nagging” In Relationships 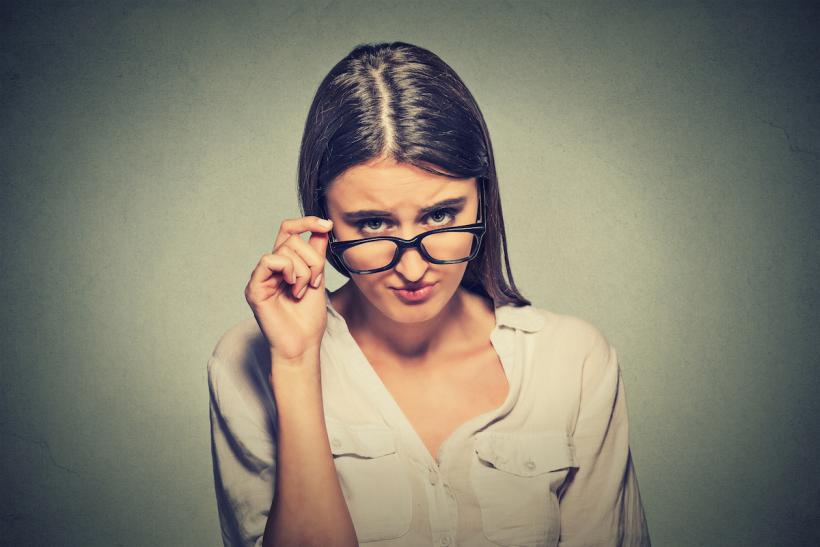 There is one word you probably don’t even know you’re using and it has to end.

There are a lot of words used to describe women that should be permanently expelled from men's vocabularies.

You know them as well as me: Nasty. Bitch. "Cool girl." "Whiskey girl." Whore. Please don’t even get me started on the c-word. I will scream.

We are slowly but surely doing away with the gender-constricting, damaging words of yesteryear and opening ourselves up to a new dialogue between the sexes (at least, that’s what we’re trying to do). But, there is one word you probably don’t even know you’re using and it has to end.

I’m talking about nagging. Men MUST stop using this word! Here's why.

Nagging is a word thrown around to describe a pestering woman. It's a word that turns women into caricatures — impatient and hysterical.

“‘Nagging’ is an inflammatory word," says Avery Neal, a psychotherapist at The Women’s Therapy Clinic and author of the forthcoming book, If He's So Great, Why Do I Feel So Bad? "Its negative connotation makes a woman feel devalued."

Generally speaking, women are bigger on verbal communication. You know it’s true. We don’t need to keep everything inside and have a decent sense of how to articulate our feelings and needs. Men, meanwhile, don’t always possess this talent.

"There is a fundamental difference between men and women when it comes to communication,” Neal says. “Most women relate to one another and bond through talking, and are less concerned about getting to a particular point. This lays the groundwork for what has been labeled ‘nagging.’”

When we use our words to ask for what we want, too often those words get turned around on us. Say we ask a partner to take out the trash, fix a lightbulb, or give the kids a bath. And say, hypothetically, the request is ignored, and three days later the garbage pail is overflowing, the light is still out, and the kids are filthy. So, we ask again. But instead of this being part of normal communication, we’re chastised for being nags.

“She is left in a powerless position, since her attempts to get her needs met have failed," Neal says. "She may get angry, withdraw, or simply do it herself. Regardless of the case, a bad pattern is formed."

The word is gendered — and damaging.

During the Middle Ages, nagging women were punished. Iron muzzles, called "Scold's bridles," were fitted onto nagging wives' heads complete with bridle-bit pressing down on the tongue to prevent speaking.

Ah, the patriarchy. Can't make this stuff up.

The word nagging is gendered to its very core. It's a recipe for shame and guilt. When you call a woman a nag, you're silencing her. Nevermind whether our requests are minor. Suddenly, asking for anything at all more than once (although sometimes once is enough) makes us nags. And though we often overlook the use of the word, it does a lot of damage.

Calling a woman a nag cripples her intentions and puts her in a position of guilt. To be a nag is to be wrong. It implies someone is unreasonable. Annoying. Obnoxiously persistent. Calling a woman a nag disallows her from asking for what she needs. This is demoralizing and creates a negative, reinforcing cycle.

Women are not gonna take it anymore.

Using this word is, ultimately, nuanced abuse. It is over.

We are strong, independent women. It is time to put the word "nag" behind us!

“Rather than placing herself in the helpless position of asking for something over and over again, only to have the request ignored or denied, a woman needs to know that she has the right to address the issue head on,” Neal says. “Letting her partner know specifically what she needs and asking him to confirm that he heard her is the first step in breaking the cycle.”

Healthy relationships aren’t built on a foundation of negative reinforcement. A woman who asks her partner to do something likely has a good reason for the request. The house smells like a dead body so, please take out the trash. I cooked tonight so, please stop watching House of Cards and do the f*cking dishes.

See? That wasn't so hard at all.

If you like this article, please share it! Your clicks keep us alive!
Tags
gendered language
slang
examples of sexism
sexism
Men and Women
Relationships