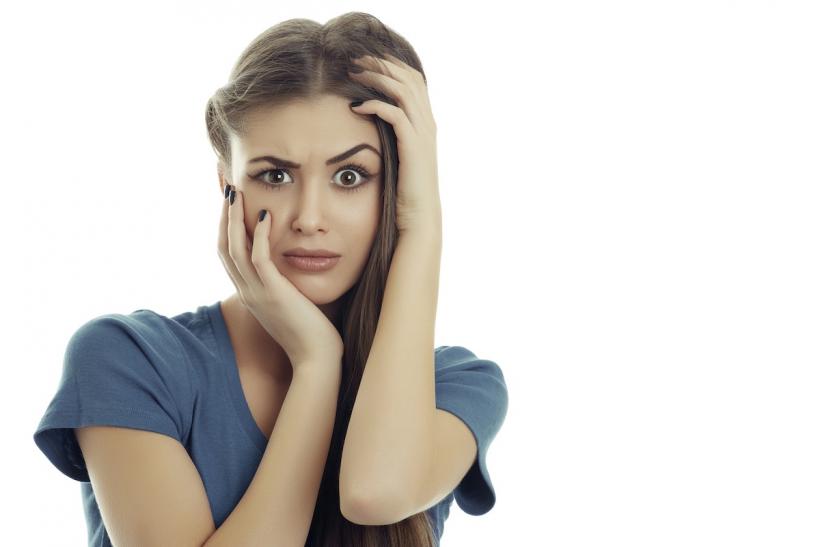 He's Just Not That Into You became an international bestseller and inspired a major feature film. The book was funny, the movie slightly more dramatic. Unfortunately, it seems that, despite the success of both the book and the movie, few women (and men) have taken the message to heart.

If a guy doesn't text, call, or email (when it truly is his turn), he is just not that into you. You are not his top priority. You are probably not even on his top 10 list of priorities in his life. If he gets annoyed when you text, call or email (let's assume you don't overdo it), then he is sending you a message: He doesn't feel like being around you or spending time with you.

This raises an interesting question: How could we have evolved to obsess over a person who is not interested in us?

Is there a reason why we like people who don't like us? Why is this message so hard to understand for so many people? Why do we over analyze the behavior of other people and find interest where there is none? How did we evolve in such a way as to have this ability to put ourselves into an embarrassing and hurtful position over and over again?

There is a natural answer to this question. But it is only a partial answer.

When something becomes scarce, we value it more.

We value diamonds in part because they are rare. Likewise, when the contact with a beloved becomes limited, we start valuing that their company more and we might even value the beloved more.

I said this was a partial answer. The reason it cannot be the full answer is that we do not normally get upset and hurt if, say, Gwyneth Paltrow doesn't seek out our company or even rejects us if we try to get together with her. Yet her company is scarce to most of us. Most of us have never met her in person, and those of us who have are unlikely to be her best buddy going forward.

Scarcity contributes to how much value we place on an activity, event or person. Yet it does not quite explain why we like people who don't like us and don't get the message when people reject us.

How could we have evolved to have an infatuation with a person who is not interested in us? How could that have been evolutionarily beneficial? It seems as if nature should have gotten rid of those individuals who isolated themselves in their caves when their Stone Age man or woman left them for a new sex partner. They would certainly have been less likely to conceive and therefore less likely to carry on their genes to future generations, especially if it was a kind of situation they found themselves in quite frequently.

Related: If Your Partner Isn't Obsessed With You, What's The Point?

So, is our inability to cope with romantic rejection perhaps not an evolutionarily adaptive trait? Is it perhaps a byproduct of another beneficial trait? Or is it purely cultural, with no anchor in our genetic makeup and no ground in the history of evolution?

I believe our inability to cope is a mixture of reactions to cultural expectations as well a healthy reaction to social rejection — gone overboard.

Let's begin with the latter. We know that groups and societies have been beneficial to our ancestors (it's important to very many of our non-human animal friends as well). Social rejection can mean being ostracized and left to fend for yourself.

When you are left behind by a romantic partner, which is the case I will focus on here, you are in some sense being rejected. Of course, all rejection can hurt and can make us do strange things, but having, say, your article rejected from a journal does not quite hurt in the same way as being rejected by a person you love.

This is where culture enters the picture. There is a societal expectation that we will end up with another person, a person we will live together with eventually, have children with and perhaps get married to. Being with another person in a relationship is giving people an excuse to label us in a positive way (usually). You are now an "us." You are invited to events together, you are treated as if you were a unit, more like one individual that two separate people.

Finding out that someone is in a relationship with another person is newsworthy within your social circles. It is also newsworthy when a couple breaks up, regardless of who rejected who. A label is removed. You are alone again, no longer invited to the same events as a default.

Because of these societal expectations, your identity changes in a profound way, when you are rejected romantically, at least when the rejection comes in the form of a breakup from a long-term romantic relationship or marriage, which is probably the kind of rejection that hurts the most.

It is now newsworthy that you are no longer in a relationship, which isn't good news for you but only for the person who broke up with you (if it is indeed good news of either one of you). You are left behind, alone, with feelings that you cannot direct anywhere except outward in a stalker-like fashion or inward, and as we all know, the latter can lead to anxiety and depression and other forms of mental illness.

So is there any consolation if you are rejected romantically? Can you undo the cultural curse that has been placed on you? Probably not easily. There will always be a stigma surrounding divorces and breakups. But you can choose not to let it affect you.

This requires not letting other people define who you are. This is not an easy thing to do but it can be done. You don't have to identify with the labels other people assign to you

You have a right not to talk about it. You don't need to reply to questions concerning your past life. Saying that you and Brian are no longer together suffices if asked (in fact, "it's none of your business" suffices). You are under no obligation to reply: "No, we are not together, we used to be, but then we broke up."

The latter kind of reply indicates that you are still defining yourself in terms of your past relationship. Thinking of yourself in these terms is not a good way to move on. To get on with your life, you need to free yourself completely from this aspect of your past life.

If you like this article, please share it! Your clicks keep us alive!
Tags
infatuation
obsessed
obsession
crush
dating
rejection
Love
Relationships