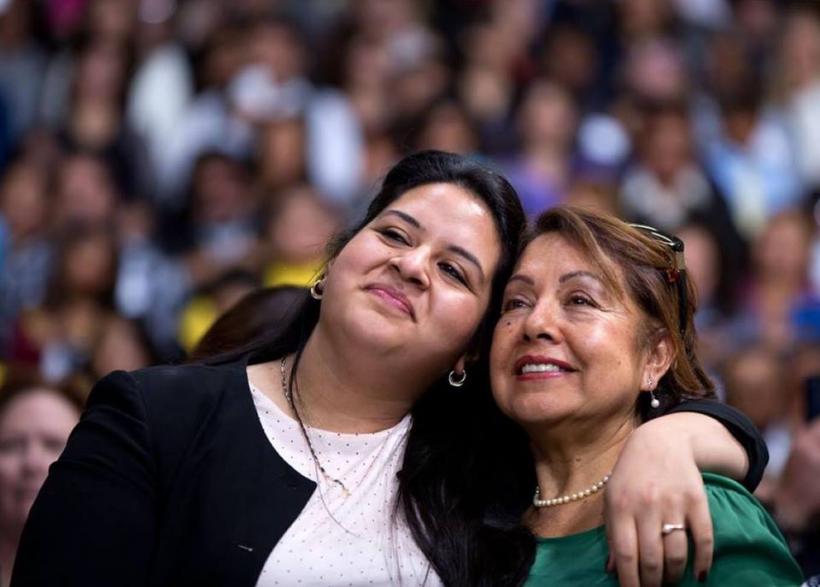 The Former First Lady of the Clinton Administration is setting up a dream team of diversity that would put Captain Planet’s Planeteers to shame. Presidential nominee Hillary Clinton of the Democratic party has selected Lorella Praeli as her Latino Outreach Director.

This is a major step, as Hil's choosing a woman of color sends a message that she will recognize immigration reform. While Praeli was undocumented for 13 years, she has become a prominent DREAMer and an immigration activist working as the Advocacy and Policy Director for United We Dream.

"We are thrilled to have Lorella Praeli, a DREAMer, join our team because of her courage and perspective in the fight for Latino families across the country,” said Hillary for America National Political Director Amanda Renteria in a statement given to NBC News.

"Bringing Lorella into our campaign is the next step in making sure families aren't living in fear of deportation, all students have the chance to go to college, and that any comprehensive immigration reform ensures full and equal citizenship.”

Clinton’s campaign video showed a broad spectrum of Americans, including a gay couple and rural Americans. She’s already getting brownie points for hiring openly gay Robert Mook as her campaign manager. After electing an African-American president, it might be time to have a woman in the White House with her First Man (should we call him that?).

Will you be voting for Hilary Clinton in 2016? Presidential elections are way more exciting than voting for a Dancing with the Stars champ!