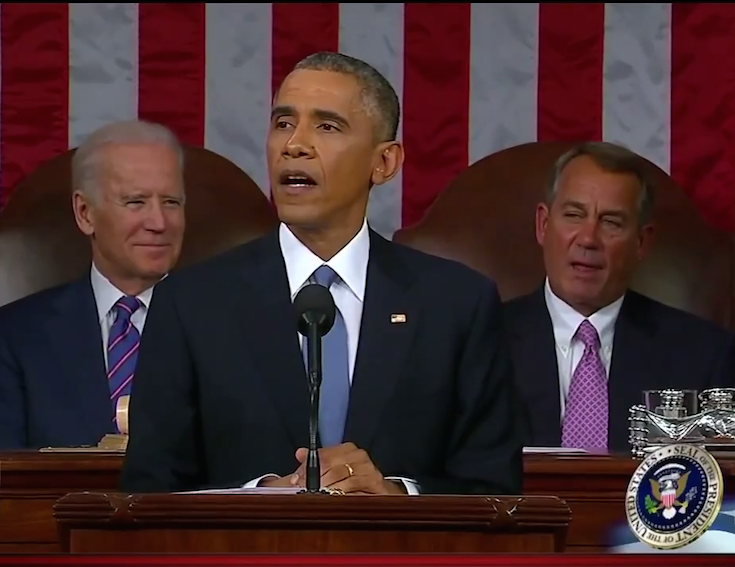 As all of you patriots are obviously aware, last night was President Obama's sixth State of the Union address. Fantastic. Hurray.

As all of you gossipers know, this was the first SOTU speech given by Obama in the wake of the Republicans seizing Congress. And let's just say that politicians have the capacity to behave as cattily as your chick-clique in high school. Ah, maturity: it's a rare gift, is it not?

It all started when our prez attempted to spread this basic message on the cusp of the bona fide fish frenzy—also known as election season: Hey Americans, I'm no longer eligible for your high-profile popularity contests. So, I'm down to make some solid changes for the middle class.

In short? "I have no more campaigns to run."

And then . . . like a hysterical hydra of Regina Georges, many in the crowd (probably drunk or viciously coked out, let's be real) saw this as an opportune moment to be decidedly rude and began cheering and clapping.

But what did our fearless leader say to hush the haters? Oh, just this little gem:

I know because I won both of them.

Ice was then offered to the Republican party for the vicious burn they all suffered. Watch the whole speech below.