What Science Says About How Men And Women Flirt 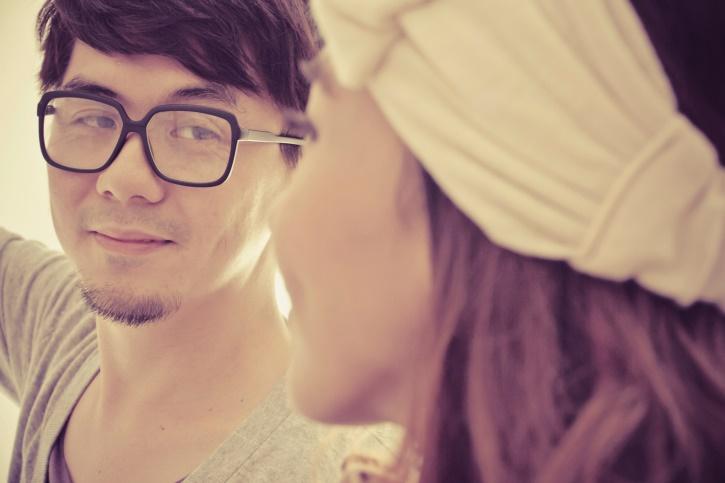 The latest revelation from the annals of science? Men and women perceive flirting differently.

According to a new study led by Norwegian psychologist Mons Bendixen, men (in general) interpret everything from a friendly smile to interest in conversation as a sexual come-on. Meanwhile, women (again, in general) tend to overlook sexual advances. So hypothetically, I could be getting lunch with a guy throwing Austin Powers-level signals and perceive him as "funny" or "friendly"; conversely, an innocuous grin could be perceived by him as a sign of sexual interest.

The study echoes one done in the U.S. a few years ago, which—despite Norway being more sexually liberal than America—revealed similar attitudes. In Norway, 88% of heterosexual women reported having their friendliness mistaken for sexual solicitation. In the U.S.? 90%.

Naturally, this led Bendixen to entirely dismiss social forces and blame the phenom on evolutionary psychology. His rationale:

"Men have evolved to overperceive sexual interest in non-familial female relationships so they don’t miss out on the opportunity to reproduce — at best, they get to pass on their genes; at worst, the woman ends up saying no and they move on. Women, on the other hand, have evolved to underperceive sexual interest, because sex with the wrong guy means risking pregnancy and child-rearing without the help of a mate, not to mention lost opportunities to procreate with other, less flaky men."

That seems mighty reductionist to us. But perhaps it's a combination of a variety of forces, including evolutionary psychology? What do you guys think?