Hey Commitment-phobes! New Beauty "Test" Gives You Another Excuse to Dump Someone Awesome 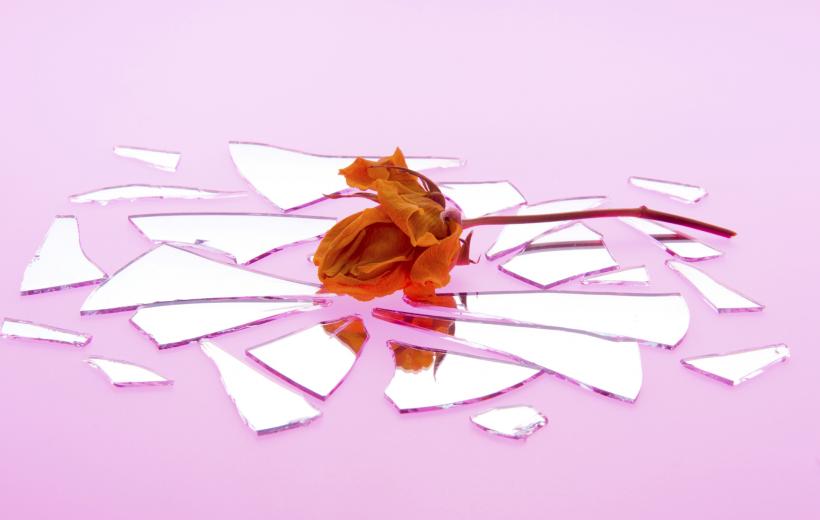 Today we learned about an intensely inane new standard of beauty that gives even the thigh gap a run for its money. It's called the finger test and this is how it works: place your index finger against the tip of your nose and chin. Do it, now. Are your lips touching your finger? Congratulations, you are beautiful! Sorry honey, but this is the one gap you (apparently. . .) don't want.

Obviously, this is ultra-dumb and laughter inducing. But sadly, this bizarre measurement will likely be utilized as a relationship-destroying tool by commitment-phobes everywhere. Think of notoriously relationship-shy Chandler Bing (yes, from Friends), who invented a bevy of excuses to dump his lovers over the years, including pronunciation and minor spats. If you're gamophobic (as the science kids would call it), you can probably identify with conjuring up weird excuses to justify ending something that could have been awesome.

"His eyes are too brown."

"She says 'that's so funny' instead of laughing!"

"She erased me from her memory!"

OK, we'll honor the last one—but you get the idea. And now, we can add "he didn't pass the finger test" to the list. How annoying!

The tendency to nitpick and over-analyze perceived flaws isn't the result of being born without a soul. Many of the commitment-phobic have deep-seated issues, such as past trauma (like abuse or betrayal). For instance, people who grew up in abusive households may assume that everyone, deep down, is mean and prone to anger-induced violence. Trust and vulnerability are off the table for these folks. And while these emotional blocks can be overcome, sufferers will likely collect many a jar of hearts before healing their pain.

This strange new beauty trend may not end relationships, but it can definitely be added to a list of excuses. You know what, though? This lame test is way better than the thigh gap, a coveted aesthetic unrealistic even for some ultra-skinny people (it's even been linked to anorexia encouragement!). By contrast, the finger test is stupid, but it won't end lives. In fact, it could save a sweetie from a severe gamophobe early on. Let's just wait for the inevitable hashtag.