10 Things People With Bipolar Disorder Want You To Know 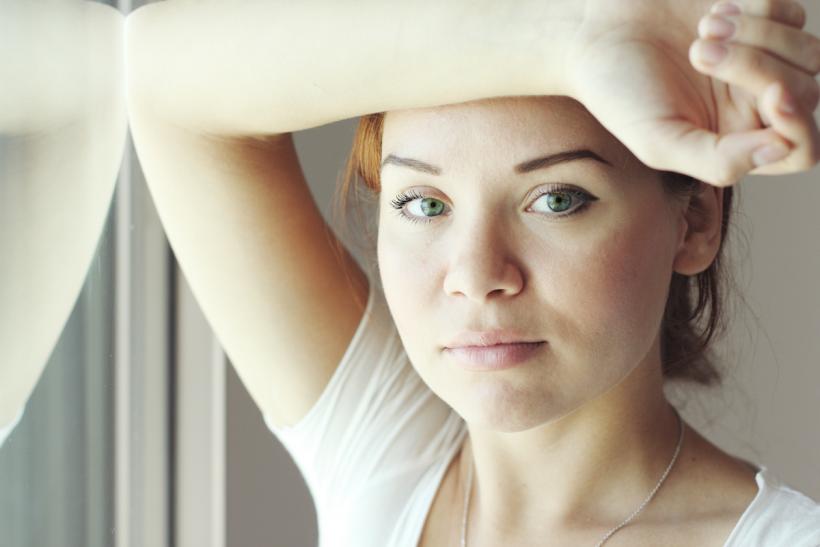 The topic of mental illness is never an easy one to discuss, since there is so much stigma around mental health in our society, in general. Sure, going to therapy might not be as taboo as it once was, but when was the last time you heard someone recount the recent depression or anxiety they’ve been experiencing? We talk about breaking bones, catching colds, and even dealing with chronic physical illness so easily and without shame, but opening up about the state of your mental health will probably either make the people around you very uncomfortable or label you as crazy.

That’s why I’ve been on such a tear talking about it, recently. My mental health has been an ongoing challenge throughout my life, but since entering the early years of adulthood, it’s become a lot more of a struggle. I used to deal with depression and bouts of anxiety, but I was relatively stable, and with the help of talk therapy and the occasional 10mg of Prozac, I appeared to be a fully functioning person. But now, all of that has morphed into severe mood swings, intense depression, and out of control mania that has led me to be diagnosed as bipolar.

Bipolar disorder is one of those that you don’t hear very much about, outside of clinical settings or awareness days on Twitter. I’ve realized that I often feel like the rest of the world not only doesn’t understand the realities of what it’s like to live with BD but don’t have the slightest insight into what being bipolar even means.

To open this door, and empower others with BD to do so as well, I’m going to tell you exactly what it is we want you to know about our lives, our disorder, and our struggles. I’m ready to demystify the stereotypes and break down the stigma — I hope you are too.

Going through severe changes in mood on a consistent basis often leads people to wonder what they did to invoke this instability in your reactions. Here’s the thing: even though you might think someone else’s reactions to you are about you, they’re not. Especially when you’re bipolar, it’s really not about you. At all. Ever. Trust me.

Instead of asking yourself “What did I do?” ask “What can I do to help?” It will mean the world to someone dealing with bipolar disorder to have someone standing by them, through the highs and the lows.

...With no way to get off of the ride. The state of our minds fluctuates between frantic mania and severe depression that is often unpredictable. Having to learn how to navigate through these constant internal battles means that just waking up, getting out of bed, and getting out of the house, are often like going through active combat. Average life events evoke extreme anxiety and deep, internal sadness that most will never understand. Something as simple as being cut off in traffic or getting a rejection letter from a job opportunity can feel like a literal stab to the heart, that 's hard just to brush off.

3. We Need Your Support

I know that I’ve ruined quite a few relationships because of my constant ebbs and flows that have translated into harsh, unwarranted insults, picking fights for no good reason, withdrawing because of how hopeless I felt, or diving so far into my work during a period of mania that I totally neglected all of the people in my life. So many have ditched me when I’ve gone into these states, and I don’t blame them since I know how hard it can be to have to deal with that level of emotional alchemy.

Although I take 100% responsibility for all of my actions, I do understand that there is a driving force behind them. I now open up to those who are close to me about being bipolar and ask them to be patient with me, during times of extreme mania or depression. I need to know that I have people around me who support me and are willing to stand by my side, through the darkness and the light. Those living with BD need you to support them since so many will misunderstand us.

One of the biggest sticking points about mental health, in general, is that people who have a mental illness are just crazy. Although there’s been a lot more acceptance around some of the more minor mental illnesses like depression and generalized anxiety disorder,  the heavy hitters like schizophrenia, borderline personality disorder, and bipolar disorder are still very much kept in the dark. Worse, they’re often flippantly dismissed as making someone crazy or insane, without hesitation.

I know that I’ve stopped myself from talking about being bipolar for fear of being labeled or judged many, many, times. Having any kind of illness isn’t your fault — so why is it that we’re stigmatized for suffering from them? Think about it — would you call someone with pneumonia or who has experienced cardiac arrest crazy? Of course not. If anything, you’d probably jump to compassion. Those with mental illness would love to be given the same respect.

A lot of people seem to think that because mania is a ‘high,’ that it’s a good thing. Mania is not a ‘good’ thing just because it represents the other end of the spectrum from depression. Mania actually feels pretty awful, even if it has some benefits.

Sure, I might be able to be super productive and cross every item off of my to-do list during a period of mania. Yeah, I might not need as much sleep to feel rested. Yes, I probably feel very excited and enthused about the most simplistic aspects of life. However, I’m not actually happy. In actuality, I feel very out of control.

Mania isn’t an enjoyable experience, so please don’t qualify it as such. Although my emotional state is positive, it’s like I’ve had 10 cups of coffee without the caffeine ever leaving my system. I feel restless, anxious, and often too overzealous, to the extent that I’m more likely to make risky decisions and ignore potential consequences for my actions.

One of the biggest areas that this comes into play with me, and also for many of those also living with bipolar disorder, is spending. Reckless spending and compulsive shopping are some of the most common symptoms of bipolar disorder. Before I went on medication, I racked up some credit card debt. I wanted to stop shopping and spending money but would get swept up in my impulsivity during mania that completely clouded my judgment.

So please, don’t consider mania to be fun. It’s not.

6. We’re Not Breakable, So Don’t Treat Us Like Glass

On the other side of the spectrum, a lot of people tend to assume that they need to be so careful of their behavior around someone who is bipolar, that they have to walk on eggshells or filter what they say constantly. While taking our often fleeting emotions into consideration is much appreciated, you don’t have to treat us like glass. All we want to do is feel and experience life normally, so don’t treat us like we don’t belong.

7. We Often Set High Standards For Ourselves

One of the most annoying stereotypes I’ve encountered about BD is that we’re so loopy and emotionally unstable that we can’t possibly maintain professional employment, much less even desire it. However, a study of the effects of bipolar disorder on work performance published in the International Journal of Psychosocial Rehabilitation found that those with BD have a “strong desire to maintain employment, and display high academic achievement compared with people with other forms of affective difficulties.”

Being told to “think positively” or “choose to see the bright side,” is probably the least helpful thing you could say to someone who is in a depressive episode. Bipolar disorder requires treatment and guidance from mental health professionals. Your unsolicited advice on channeling good vibes is not helpful in the least.

9. It’s Not About Motivation Or Discipline

Many people seem to think that staying out of depressive, manic, or other types of episodes is just about having enough motivation or self-discipline to be able to curtail your mood. Trust me, if all it took was some good self-esteem to be able to get out of overwhelming racing thoughts, I’d have this whole mental illness thing behind me.

Although this is a mental disorder, it requires more than just the thinking in your mind to treat. It usually requires therapy, often medication, to be able to manage. It is not about being lazy or unmotivated to make a change. Making a change is often a lifelong pursuit.

10. Despite it All, We Are Just People

Even though life may be filled with a lot more challenges, people living with bipolar disorder are just people. You’ve probably known someone who was bipolar and not even known it (the world causes you to have to be skilled at hiding your symptoms). At the end of the day, the over 5 million of us living in the US just want to be human, even if human looks vastly different inside of our heads. Being treated like anyone else means more than you could ever know.