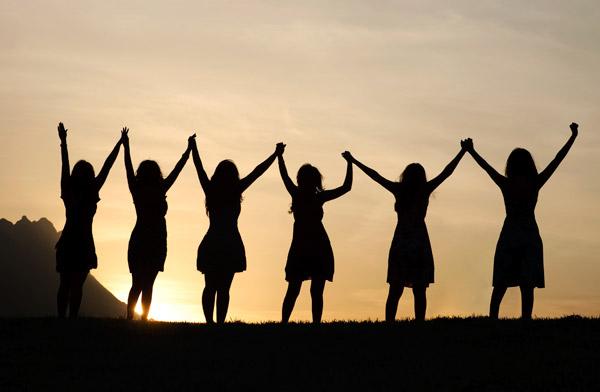 In the famous words of Tag Team's 90s mega-hit: Whoomp! (There it is.)

It seems that cervical cancer may have just met its match! Three cheers for Drs. Ian and Lynne Hampson (of Manchester UNiversity in Nairobi) and their tireless work at eliminating this asshole of a virus. With the help of their awesomely named colleague, Dr. Innocent Orora Maranga (Consultant in Obstetrics and Gynecology), the group discovered that common HIV drug lopinavir can be used to reverse the effects of HPV (human papillomavirus) amongst sufferers.

The group tested lopinavir on 40 women in Kenya diagnosed with HPV-related cervical cancer. From this flock of 40, 23 were considered “high grade” while 17 were considered “low grade” in terms of the strength of the illness. All women took an oral lopinavir (AKA, the f*ck-you-cancer pill) twice a day with the anti-viral drug applied directly to their cervixes. After just two weeks, the doctors noticed vast improvement in these lucky ladies. Most of the women were completely cured, while two descended from high to low grade cancer (though, to be fair, any grade of cancer is bad). From this, they calculated a success rate of 91.2%.

"Before and after" cervical photographs further confirmed their findings.  An elated Dr. Ian Hampson said:

For an early stage clinical trial the results have exceeded our expectations. We have seen women with high-grade disease revert to a normal healthy cervix within a comparatively short period of time. We are convinced that further optimization of the dose and treatment period will improve the efficacy still further.

HPV is the #1 most common sexually transmitted infection — more than 290,000 women die from HPV complications every year — so this news is um, world rejoicing-ly wonderful. Until now, we’ve really only perfected the whole “prevention” part through two treatments: Gardasil and Cervarix. Though HPV better known for wreaking havoc on the cervix, it can also infect your mouth and throat – and you thought oral sex was safe!  Not everyone dies who contracts it, but it's estimated that 800 more people suffer from HPV's effects every day. Dr. Lynne Hampson is hopeful that these numbers will change, thanks to their work with lopinavir:

Current HPV Vaccines are prophylactics aimed at preventing the disease rather than curing or treating symptoms. Other than surgery, as yet there is no effective treatment for either HPV infection or the pre-cancerous lesion it causes which is why these results are so exciting. Further work is needed but it looks as though this might be a potential treatment to stop early stage cervical cancer caused by HPV.

We don’t want to celebrate too early — bust out the tequila b*tches!— but this situation is looking very promising!