Justin Bieber DUI Video: More Proof He Sucks (And So Do We) 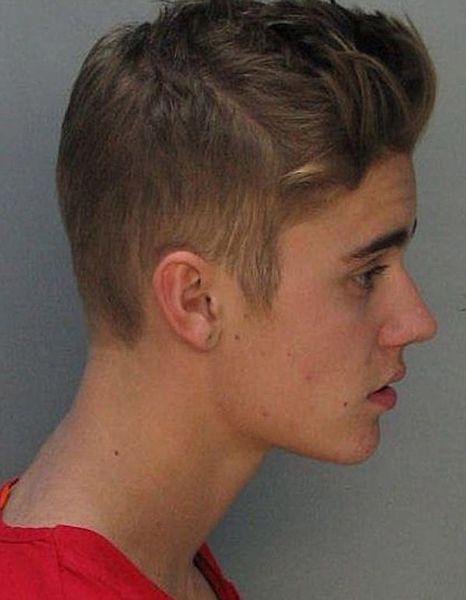 We have Bieber fever...for his naughty behavior!

The latest "Justin is a d*uchehat" viral sensation is a video of him drunkenly and not terribly successfully trying to walk the line after his recent DUI arrest. But it's only a couple minutes long and we're on the prowl for more titillation! And we may soon get our chance. Media outlets are using Florida public records laws to try to access up to 10 hours of juicy Beib footage, although a judge has already agreed to withhold a video of him peeing in a cup. Rats!

But this raises the question: Why do we want to watch Justin pee in a cup? Or, for that matter, get arrested at all?

Listen, I think the Biebs has morphed into a brutish weenie too, at least judging by some of his recent high-profile behaviors, including peeing in a bucket (which there is a video of, hooray!) and calling a random girl a "beached whale." I think it's fair to get a little judgie, and to ask why, yet again, wealth and fame have created an entitled monster. And obviously, it makes sense for the public to know he got a DUI in the first place.

But what purpose does it serve to watch him get arrested and stumble about drunkenly, other than to snicker and laugh and feel superior to a 19-year-old? I suppose it could be seen as an accountability tactic, but since when were we, the public, responsible for reprimanding a kid we have virtually no real connection to?

Public records laws are supposed to be about reporting on issues of concern to the public. Watching or not watching this video will have no impact on any member of society — other than, perhaps, teenage girls pushed over the edge by the sight of their beloved imagined boyfriend so publicly shamed.

So while I'm all for media-access laws, in this case, I say: Lock those records up and lock them up tight, because all you'll be feeding is a salacious desire to LOL at an inebriated teenager, and this may actually be the decision that finally kills all human decency as we know it.

Ok, off my soapbox. Watch the 2-minute stumbling clip below!

If you like this article, please share it! Your clicks keep us alive!
Tags
Justin Bieber
DUI
video