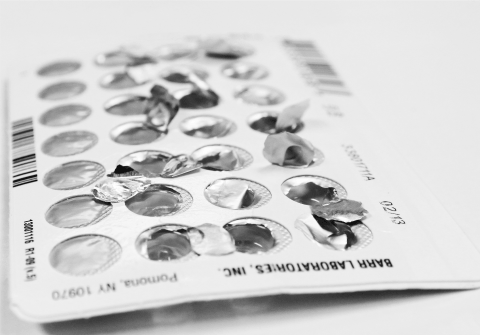 Heard of the Affordable Care Act — AKA, Obamacare? If your answer is “no,” please reconsider the (obviously paltry) amount of time you spend communicating with the outside world. The dawn of Obamacare is especially important for us ladies to take note of because there’s a big change that, chances are, is going to  affect you big time: namely, the women’s health clause. There are many adjustments to it, but we’ll just be focusing on the contraception aspect today.

Since the bill was signed on March 23, 2010, efforts to expand access to birth control have intensified; employers now must offer "preventative care" for women (which includes everything from mammograms to contraception) in their insurance plans to their female workers. To put it short and sweet: this is good thing!

Even you virginal vixens aren’t exempt from the rad-ness of this change. A recent poll showed that 58% of birth control pill users swallow that teensy little gem daily for reasons other than pregnancy prevention such as:

But because America is stuck in its Puritanical origins, people are largely flipping the f*ck out about this. Just a few years back, law student Sandra Fluke’s “morality” was brutally attacked by an angry blob of flesh (not worth saying his name) when she spoke up about the immense expense of birth control. Despite the fact that she was referring to health benefits other than contraception, media heard what they wanted to hear and chaos followed. Das ist nicht good.

Unfortunately, the backlash against Fluke was no fluke (pun intended). Recent controversy has sparked over businesses that claim that offering such options in their insurance packages could defy the chosen religion and belief system of its owner. But let's be clear: this caveat only applies to for-profit businesses. That means compromises are still available for Catholic non-profits, religious universities and hospitals.

But wait a second Giana, isn’t that a violation of that whole “separation of church and state” thingy?

Damn right it is. Still, Hobby Lobby Inc. and Conestoga Wood will be making appeals to the Supreme Court this month in regards to the Religious Freedom Restoration Act. Should be entertaining at the very least.

Despite the backlash, a recent poll conducted by the Wall Street Journal and NBC News found that a whopping 53% of Americans believe that this moral/religious loophole ain't gonna fly. (But don’t cheers to progress juuuust yet — 41% don’t agree and the same poll found a bias to explain these numbers.)

Apparently, 70% of people who feel that religion is the most important part of their lives do not agree with this proposition. Based on that logic, it’s safe to assume that there are some icky feelings out there about premarital sex or interfering with some divine pregnancy plan. That being said, the majority of women using the birth control pill are using it for reasons other than pregnancy prevention.

On totally personal (and, dare I say, TMI) note, I have been part of that 58% of women using the pill for health reasons — and trust me, it’s not just an excuse. At 16, my mom had to — literally — carry me into the doctor’s office because of my paralyzing menstrual cramps. I am incredibly thankful to have had intervention for my condition at such a young age, but I know many women didn’t.

Here's hoping we can settle this thing once and for all.