Listful Thinking: 10 Lame Pickup Lines and Why They Work 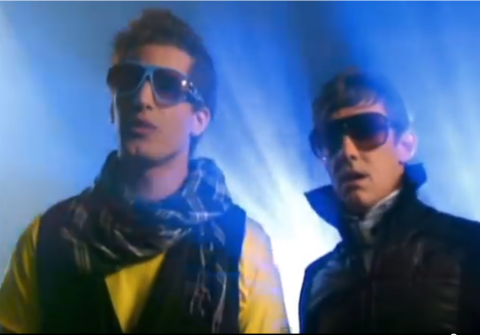 At some point or another, we've all heard the poetic musings of dedicated pickup artists in their quest to find their true loves.

"Are you a parking ticket? Because you have 'fine' written all over you!"

"Do you work for NASA? Because you are out of this world!"

Usually they don't work—but sometimes? They do! Research shows that pickup lines work best on women who are looking for a "short term mate" (i.e. a one night stand). Women who want something more long term just won't dig it. The casual nature of the wording is a turn-off for them, but a delicious helllllo to those craving a more casual thing. But even so, some lines are just so appallingly dumb it's hard to say "yes" without losing some dignity.

Moving on. Here are some hilarious lines that were actually used to real live women.Bonus: One line resulted in a relationship. Can you guess which one?

2. "You don't have a wedding ring. Does that mean you're not married?"

4. "I hope you have health insurance since you just fell out of heaven!"

6. "Do you have any change? No? Well, can I have your number instead?"

7. [Said by a dude driving a hearse] "Hey big girl it's a little crowded now, but later on there will be lots of room back there."

8. "Is that a mirror in your pocket? Because I can see me in your pants!"

9. "I don't know you, but your eyes were calling to me from across the room. I had to get closer."

10. "You have beautiful calves. I think you were my wife in a previous life when I was a Sasquatch."

(And the winning line goes to "nice shoes. Wanna f*ck?") Props on being direct, sir.

If you like this article, please share it! Your clicks keep us alive!
Tags
pickup lines
Jizzed in my Pants
Sex
one night stand
Relationships
marriage
hook up
hot
sexy
beautiful
eyes
number
trunk
heaven