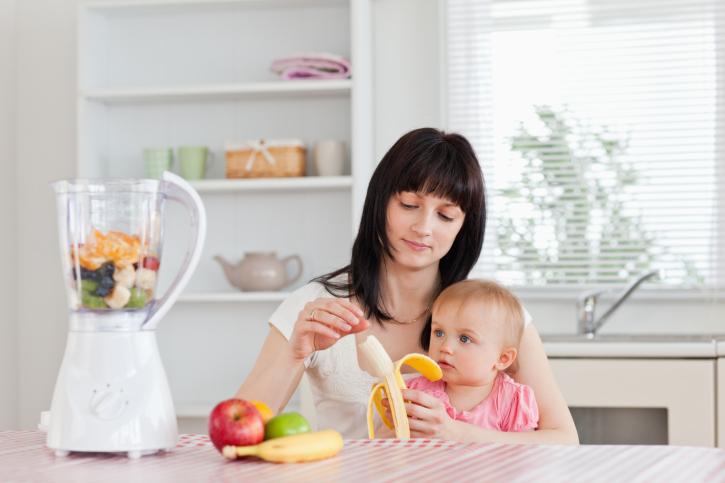 Science is pretty damn amazing, and we never cease to be blown away by the crazy secrets it occasionally whispers to us. Did you know, for example, that your eating habits may affect the sex of your baby? Specifically, eating laughably phallic bananas at the time of conception increases your chances of having a boy.

Sweet Sister Science is ever mysterious, so let's break it down for you. The sex of a person is determined by a pair of chromosomes: XY makes a boy, and XX (just like the band!) create a girl. Then there's complicated combinations (like XXY), but that's a tale for another day. Ultimately, the male's sperm is what determines the sex of the baby. A guy sends an army of sperm to conquer the ovum. Each sperm carries either the X or Y chromosome; women only carry X. So it's the man that calls the shots.

Here's the thing, though: your diet affects the flow of swimmers into your womb. A lower calorie diet that includes skipping breakfast (for some reason, a morning meal is rather significant) increases the likelihood that you'll be painting the baby's room pink. Diets that consist of higher caloric intake, full of potassium (hence the bananas), raise the chance of a baby boy. This is what researchers at the Universities of Exeter and Oxford discovered after following 740 first-time mothers. (Wonder if they were invited to all the baby showers . . .)

How much does this matter?

Hold the bananas and pink paint, because the statistics aren't that convincing. A high calorie diet rich in potassium only increases your odds of having a boy from 50% to 56%. Eating less (especially in the morning) boosts the chances of a girl to 55%. So neither changes are that significant.

What does it all mean?

Honestly, we're in the "don't mess with Mama Nature" camp. Shouldn't you be wishing for a healthy baby, rather than a kid of a specific gender? Then again, if you want to skip breakfast and eat a ton of bananas, more power to you. We'd love to hear what happens.