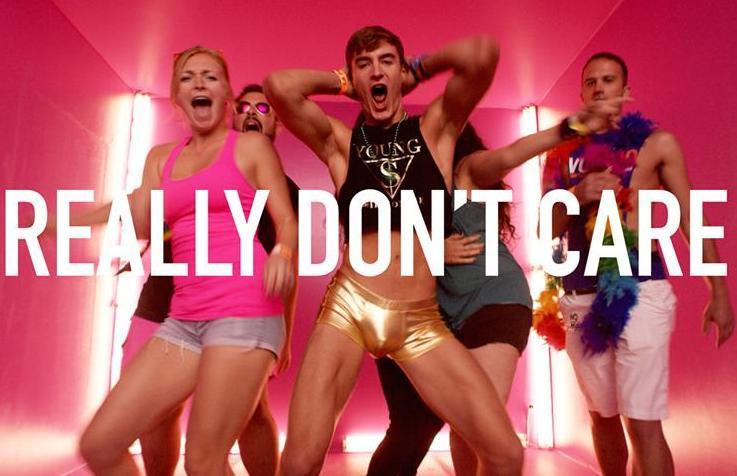 You know, as much as I want to roll my eyes at every pop star, I have to admit Demi Lovato seems like one cool cat. Boldy discussing (and singing about) her eating disorder was enough to call for a manicured fist pump across the world—and as it turns out, she wasn't done being awesome.

Demi attended and performed at both Los Angeles' and New York's Gay Pride Day. Raising hell and eyebrows alike, this brunette bombshell had one message to deliver: love is love. In fact, Demi filmed her "Really Don't Care" music video at LA's gay pride event. In the video, dancers, fans, drag queens and various festival-goers smile joyously at the camera as it pans the rainbow-laden scene. (Obviously, the dancers are extra fabulous.)

So watch, enjoy, dance and keep fighting the good LGBTQ fight. That's exactly how Demi would want it.