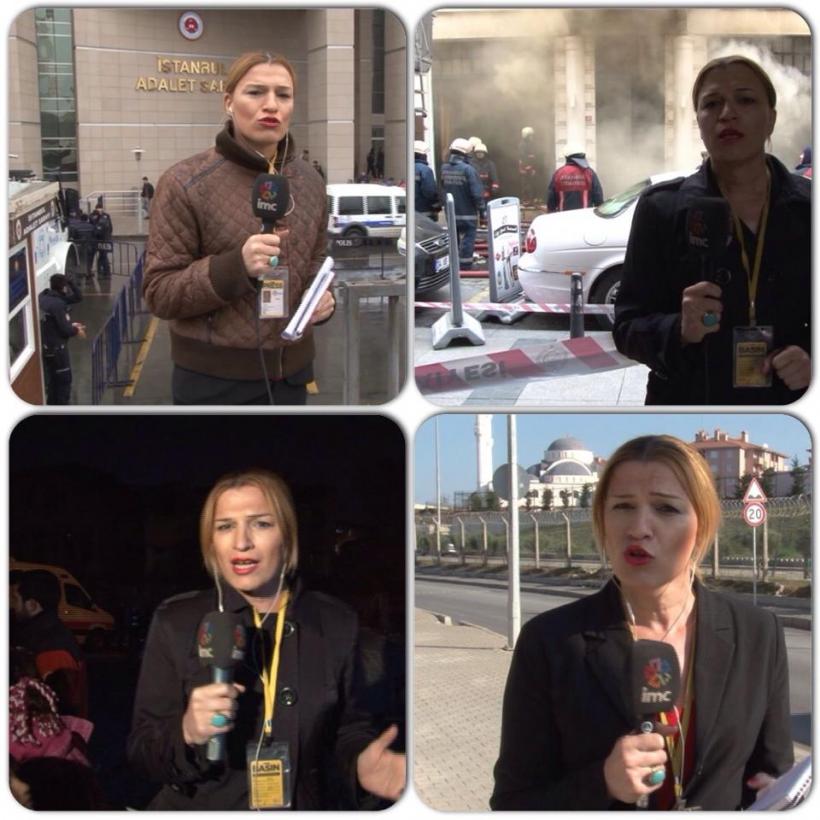 We've come a long way in our societal acceptance of the trans community. Not only is Orange is the New Black's Laverne Cox become the first trans person nominated for an Emmy this month, but she's also graced the cover of Time, serving as the poster-child for "America's next civil rights frontier." Oh, and let us not forget that awesome moment when Rush Limbaugh got schooled on offensive slang—which led him to declare his alliance to trans folks and apologize for using slurs!

Give yourselves a pat on the back 'Merica. Despite our country's myriad shortcomings, understand we're lucky: Turkey's hate crime laws don't guard trans folks. In fact, they're barely protected at all. Violence and discrimination against the mighty "T" in LGBTQ are well known facets of their society. Between 2008 and 2012, at least 30 trans people were murdered. And it's assumed that far more went unreported.*

But one bold trans TV reporter hopes to counter each and every one of these notions.

Meet Michelle Demishevich. This badass babe is Turkey's first openly trans TV reporter. But let's be clear: Turkey is more progressive on the LGBTQ front than most countries in the Middle East. (Iran, for instance, honors a despicable law that deems homosexuality punishable by death.) There are no such laws in Turkey—being a proud member of the LGBTQ community isn't a crime. Turkey even has a pride day, yet their hate crime laws don't protect LGBTQ folks. Le sigh. Baby steps, Turkey.

Demishevich is sparking conversation on the trans community across the globe. It's unusual for a woman in her position (you know, being trans) to transcend the established barriers. Because of her unique position, Demishevich is hoping that her public presence could bring about significant change to some of Turkey's ever-lingering prejudice and violence. In an interview with the AFP, Demishevich revealed that while society is slowly shifting, trans folks are still suffering:

Being transsexual as considered a crime until now; the hatred inspired by the state made it a crime and the murders of transgender women have been increasing. Women and transgender men had no place in society—they were unfairly arrested if they were out at night. They were forced into prostitution. They are very few people in my situation we are the so called "lucky ones."

More complicated still, many Muslim cemeteries forbid the burying transgender people on their grounds, compounding the shame even further:

Despite this culture of creeping contempt for trans-sexuality, Demishevich remains highly optimistic and doggedly committed to the cause. Two years ago she was attacked and beaten in a park; just last month her attacker was jailed in what's being called a "landmark ruling." She also hopes to run in the an upcoming legislative election.

Here's hoping Demishevich's story is but one of many tales of triumph that will be told—not just in Turkey, but everywhere.

* note: The United States had 69 reported trans murders in the same time frame. Though this number is nothing to celebrate, it's worth noting that the US population is more than quadruple Turkey's.

Image: The many faces of a successful journalist. Courtesy of Facebook