Today in Scary Studies: The Hysterectomy Procedure That May Cause Cancer 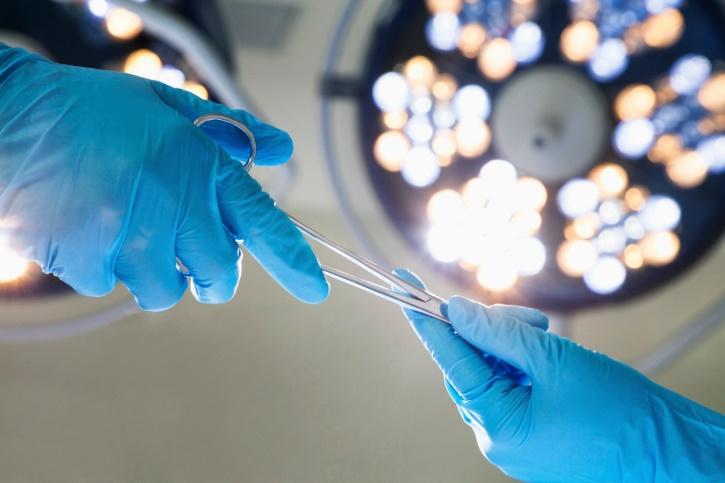 ​​Here's some alarming health news: Some 50,000 women annually get a type of hysterectomy that, according to a new study, may be linked to cancer.

The potentially risky procedure, called "power morcellation," involves cutting uterine tissue into pieces before removing them, making the surgery less invasive. The problem? The morcellator—the surgical instrument used for the removal—can cut into cancerous tissue, spreading diseased cells outside of the uterus.

This link was suggested in a study published by the Journal of the American Medical Association, which analyzed an insurance database that included 15% of nationwide hospitalizations between 2006-2012. During that period, 232,882 patients were registered as undergoing minimally invasive hysterectomies at 500 hospitals across the country, 36,470 of which involved power morcellation. Of that number, 99 had uterine cancer detected after surgery, putting the ratio at 1 in 368—much higher than the original estimates of anywhere from 1 in 500 to 1 in 10,000.

Data suggested that risk factors spike with age, starting at age 50. So this demographic in particular may want to avoid morcellation in favor of other options, such as removing the uterus through the vagina (yes, this is a thing).

Additionally, preexisting conditions must be more thoroughly tested for; red flags include uterine cancer, uterine growths of unknown malignancy, and endometrial hyperplasia (a precursor to cancer).

This technique, it should be noted, represents a relatively small slice of the 600,000 or so hysterectomies performed each year (who-knew fact of the day: The surgery is often performed either prior to or as part of sex reassignment surgery for trans men, to avoid complications from heavy testosterone use). It's also worth pointing out that some experts have claimed two-thirds of hysterectomies performed are unnecessary to begin with.

Overall, however, more women have been helped than hurt through minimally invasive techniques. As always, the key is pre-surgery preparation and clear communication with your doctor about any and all potential risks. Consider this your daily reminder, folks.

If you like this article, please share it! Your clicks keep us alive!
Tags
hysterectomy
study
health
wellness
surgery
menopause
doctor
medical
hospital