Why Are the Lyrics Of Lullabies So Disturbing? 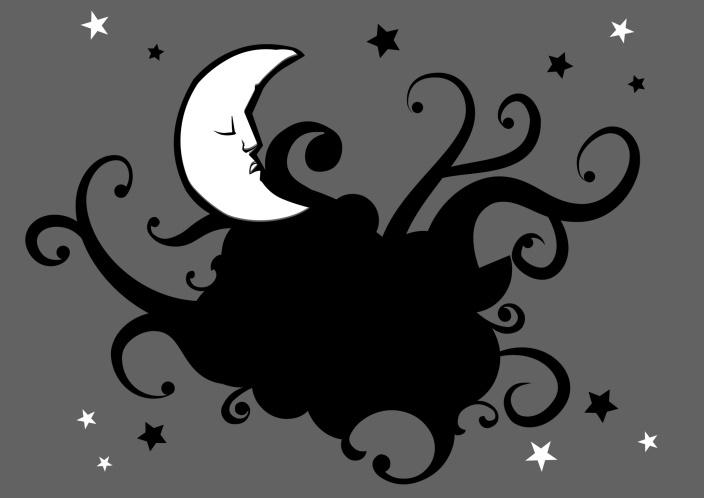 None would question the importance of lullabies for babies—melodic tunes by which parents lull their bouncing bundles of joy off into dreamland to provide much-needed rest for all involved.

It’s all so very sweet. Until, that is, one considers that actual lyrics of the songs.

Dissect the words of lullabies the world over, and you’ll find they often opt for the disturbing over the soothing. There’s a Spanish lullaby about a rider who “led his horse to water but would not let him drink,” an Italian lullaby about a wolf devouring a lamb until “the skin and horns and nothing else remain,” and a Turkish lullaby about a mother mourning her baby after an eagle has torn it to shreds. (Is that a thing?)

As for American songs traditional for infant cuddling, we have “Hush Little Baby”—filled with minor tragedies like broken mirrors, fallen horses and songless mockingbirds; “Rock-a-Bye Baby,” which culminates with the baby plummeting down from a treetop; and “You are My Sunshine” with its frantic worrying and ominous warning (“If you leave me to love another, you’ll regret it all someday”).

Why do songs geared for the most helpless and precious of humans focus so much on despair and loss? According to researchers, it’s because they’re traditionally designed as much for the mother as for the baby.

Music as Medicine . . . And Parental Release

According to UCLA ethnomusicologist Andrew Petit, babies don’t require niche compositions—any song can serve as a lullaby if it is sufficiently slowed down and rhythmic. When produced in this way, these songs can be powerful. Research shows that lullabies are able to soothe and possibly even help heal infants (as well as lower stress in administering adults).

So if it’s the rhythm and melody of music that infants respond to—rather than the content of the lyrics, which are incomprehensible to their barely-formed brains (no offense, babies)—it stands to reason that mothers become the key audience.

“People have said that lullabies are the space to sing the unsung,” Pettit says. “A place to say the unsayable. You’re alone. Nobody is listening, and you can express the feelings that are not OK to express in society.”

The physical closeness of mother and baby may add to the feeling that she can sing to her child about her own fears and anxieties. Possibly top on that list: A mother’s fear of losing her child—which makes sense given the long history of high infant mortality rates endured by families in the past. “Rock-a-Bye Baby,” for example, displays a common historical fear of “crib death,” or what we know as SIDS.

And The Worrying Goes On

But the motherly concerns don’t stop there. Across cultures and eras, lullabies have expressed fears about absent fathers, domestic abuse, injured or sick children, the unavoidable separation from one’s child as he or she grows older, and about women generally leading unhappy lives. If only babies knew they were being rocked to sleep with a ballad about mommy’s black eye.

And so lullabies serve an interesting, if macabre, double purpose: Soothing for baby, and cathartic for mother. Here’s hoping women continue to have less cause for harrowing lyrics as time goes on.