Watch: Why You Shouldn't Fetishize An Ethnic Group (Like We Need To Tell You Why) 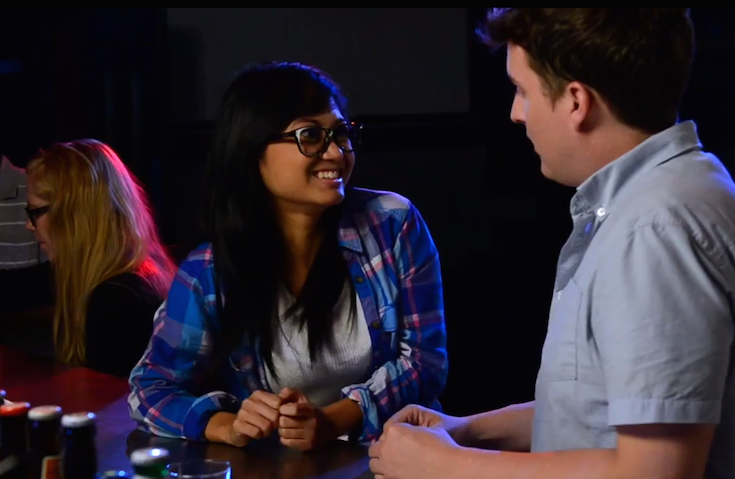 "White people traditions are so majestic." Courtesy of YouTube

"Bro, you've got yellow fever!" jeered the doughy boys decked out in their fraternity's fine apparel. Perhaps it was their obvious youth that reeked of hidden virginity and inability to consume any beer stronger than a Coors, but I find it hard to believe that either of these fellows had contracted actual yellow fever in the tropics of South America or Africa.

So, yeah. They were talking about one's sexual preference for women of Asian descent. Shocker! Despite the generational struggle to reduce racism, the fetishization of Asian women remains embarrassingly intact in this sanctioned realm of societal fetish and subservience.

Kanye West once beat a "fan" for calling Kim Kardashian a "n- lover," and  . . . let's just say it was one of the few times Kanye's outburst attracted minimal outrage from the public. Neo-nazis, KKK, and every commentor on officer Darren Wilson's GoFundMe page aside, we all accept that it's fundamentally not okay to call someone that, but why do we let Asian fetishization slide? Ultimately, this sexual obsession is blatant objectification—even if the intentions are not malicious.

And let's not even get started on the perpetuated stereotype that Asian women are submissive . . . so they must make better sexy time partners. Ugh. Generalizing the sexual performance, needs and desires of an entire ethnic group is wrong at worst and creepy at best. There's nothing wrong with craving a submissive partner, but projecting said submission onto an entire community of individuals that each have their own personal proclivities is reductive and offensive.

As a final note: having a "thing" for Asian women isn't the same as liking girls with freckles. I'm all out of rants and anger, so I'll let this newly trending video teach ya'll a lesson. In it, you'll see an Asian woman hitting on a white dude. Who's ready for a little bit of role reversal?