George Costanza Would Be Proud: That Time I Broke Up With Someone Over Their Hat 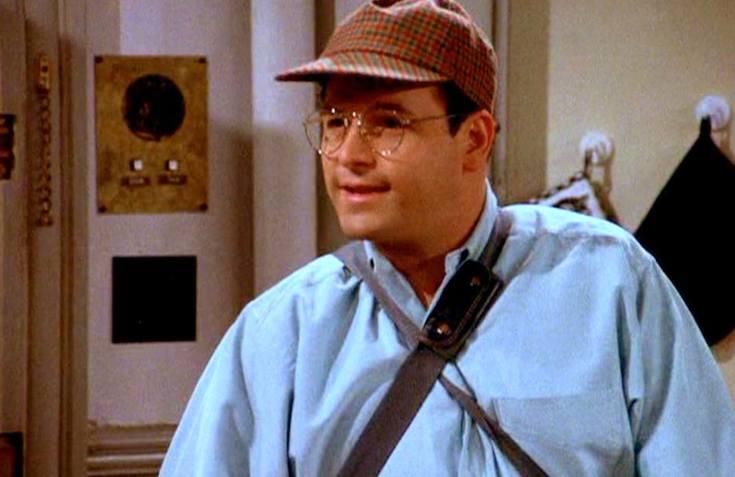 If you hadn't already guessed, we're fans of those relationship questions that pop up on Reddit from time to time. The aspect of anonymity of the online community allows its denizens to be more honest about their experiences, shortcomings and downright humiliating moments . . . and we're all about that realness.

"What is the most George Costanza-esque reason you broke up with someone?"

Ah, pure gold. For those Seinfeld virgins in the house: George was a central character on this long-running sitcom—one of Jerry Seinfeld's super besties. He was famously neurotic and always filled with self-loathing. And the concept of a "normal" relationship was completely lost on poor George. In fact, screwing things up in ridiculous ways during the early stages of romantic entanglements was . . . kinda his thing. And it got bad. This was a guy who was dumped by an unemployment officer's daughter while he was jobless—yikes!

George's rather odd narcissism compelled him to dump women for, let's be real, just plain stupid reasons, like extending conversations past their natural ending points and having noses he didn't like. And more often than not, these "reasons" were ones that would have even benefited him in the long run. Hence, this Redditor's question being just ripe with promise.

"I was out shopping with a girl . . . she picked out a skirt or some pants or whatever, and when she went up to pay for them, the woman at the register asked her if she needed a pair of matching socks. My girlfriend happily said "Yes," and I thought that was totally unacceptable, that she could be so quickly and easily swayed to make yet another purchase. It was SHOCKING to me. We broke up two days later." - rayrayheyhey

​"Anytime a cat walked into her line of sight (we're lesbians, there's always a cat around), she would go 'kitty!' Didn't matter if she was in the middle of saying something or if I was talking about something. It just popped out of her mouth. I couldn't handle it.​" - esmejones

"Puff knuckle. When the hand is open, the knuckles make dimples instead of bumps. This person was not fat. Just weird puffy knuckles. Once noticed, could not be unseen."​ - imonlyherefortheday

"She always ordered food, ate half of it, then ate half of mine. Then she would offer to share what she ordered, but I didn't like the stuff she ordered."​ - acid_testing

"I had just started dating this guy . . . Back in the car I started munching on my Cheetos and after my first Cheeto the guy reached over without asking and grabbed a handful and stuffed them into his mouth. And he kept doing it, like as if I wanted to share the bag with him. I was so annoyed every time he reached for more. I don't think that was the entire reason I stopped seeing him . . . but I was just so bothered by it that I lost interest.​" - hdawgggy

Ugh. And here goes—I only "talked" to this guy, but I still cringe when I remember what I did . . .

We met at a coffee shop while I was working on a school assignment. He had just graduated from the university to which I was about to transfer. Let's call him Calvin (although honestly, I'm not even 100% on his real name). Calvin was cute, smart, and already had a job lined up. And what should have been a brief number exchange turned into a long, giggle-filled conversation about music and current events. Plus, he was good looking. I mean, jackpot.

Upon our parting that day, I literally skipped to my car. It was fate! He was awesome! I counted down the hours to our first date.

Finally, it arrived. We were going watch a cover band perform music from one of our mutual favorite artists. I donned my prettiest sundress and journeyed to the park where the concert was held. I called Calvin, heart racing in my chest, and waiting for him to meet me. In the distance I could see a wave and a man making his way toward me.

But suddenly, an extraterrestrial specimen from Planet Hideous came into view. It was a plaid fedora. The style and pattern of which were so horrific that I almost jumped on him to remove the monster that was clearly assaulting his adorably sexy head of curls.

I can barely recall what we discussed. It was too awful. I kissed him (read: the hat) goodbye, and vowed to call him again.

But I didn't. Despite his numerous attempts to get in touch, I just couldn't. Every time I saw his call or text, I pictured the hat. No, I thought, I can't!

The joke, though, is on me. Calvin met virtually every requirement on my man checklist. And maybe there was some bizarre instinct that drove me away . . . but probably not. More likely, I was a young woman who's since learned to make better judgments.

So to the Georges of the world I say, don't worry: We'll make it through this madness.