I Had A Homebirth! And It Was Way Better Than The Hospital 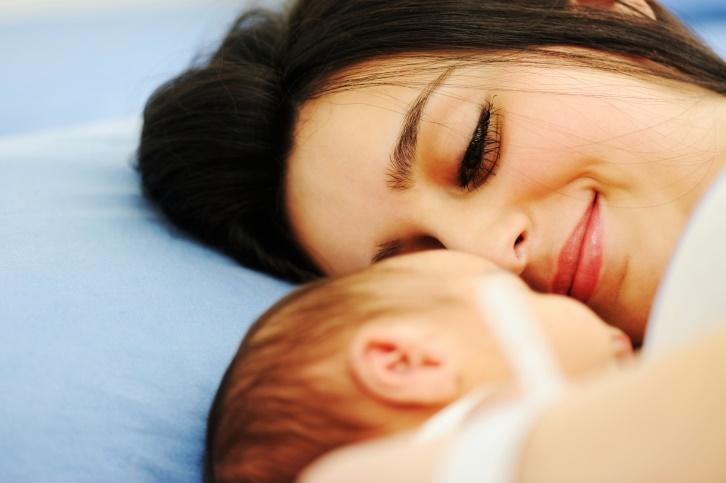 Homebirth . . . it’s not all blood and poop. Sometimes there is cake.

Is that incense I smell? A drum circle in the distance perhaps? Chanting? Herbal potions? Perhaps a cauldron?

In truth, most homebirth doesn't look anything like that. Oh sure, there is blood, even poop at times. But most homebirths—mine included—pretty much go like this.

Labor starts. There is some music, guaranteed Jack Johnson, occasionally Enya. People eat and drink. There is some moaning, some groaning—which sounds alarmingly like good sex. Eventually a baby comes out. If you feel up to it maybe you baked a chocolate cake during early labor—as I did—and if you had forethought you bought some champagne to pop. And then you just take your baby and go to bed. Because, lets face it, you’re exhausted after all that groaning.

That’s pretty much how it went for me. I worked in a hospital labor and delivery unit for a number of years as a Registered Nurse and, at that point, had done the birth thing three times, which may or may not make me somewhat of an expert.

I was drawn to homebirth after my three fairly uncomplicated hospital births. It just made sense to me. Why would I opt to do a thing that the body does relatively naturally, in a place that is so far removed from natural? I’m not going into the forest to birth in a patch of leaves or anything . . . just at home. My husband, who isn’t crazy about hospitals either, was on board, so we set out to prepare for having our fourth baby in. our. kitchen.

There was some question around our decision to birth at home. Poop? And, and and what if there’s a—gasp!—emergency? What if you—double gasp— die? What if you bleed on the carpet? We certainly considered those possibilities. So we did some research.

And we found that in healthy pregnancies the outcomes for mom and baby are actually better at home. Then we hired a professional. And by professional I mean a woman who has been catching babies longer than I’ve been alive. I’m talking Earth Mother skill level. She brought with her little more than her Birkenstocks, her skill set and oxygen (and a couple of vials of pitocin to use in the event of a hemorrhage). But that’s really all we needed because, as my previous births would suggest, my body, when left alone  . . . kind of just pushes babies out.

We also bought a carpet cleaner. Because, blood.

Toward the end of a grueling nine months, we gathered up all we needed: big absorbent blue chux pads for catching, ahem, fluids. A pool . . . nature’s epidural they say. A fishnet for the, er, poop. A thermometer for the water. Snacks. Drinks. I made a playlist. Obviously. Jack Johnson ( I was serious), Joni Mitchell, James Taylor and Bob Marley. Homebirth standards.

We got the older kids up to speed on the whole ordeal and talked about what having a baby at home would possibly look like. Then early on a Sunday morning I got up to pee for the 791st time and my water erupted all over my bedroom floor. Thank goodness it wasn’t the bed. Small victories.

Laboring at home was pretty much like you’d expect, except I had the great benefit of absolutely no one bothering me. Ever. Unless I wanted them to. We walked the neighborhood, possibly alarming the neighbors at 3 am. We took a few showers. It was actually strangely romantic. (Getting babies out of you is a lot like getting babies in you, as it it turns out.) We ate pancakes. We had popsicles. The older kids hung around and played games and liberally applied my chapstick. We kept a close eye on the baby’s heartbeat, checking every half hour or so.

I moaned and groaned and made weird sexy sounds. I got in and out of the pool and eventually I felt a bowling ball in my butt. Uh, I mean a baby, in. my. butt. No one really warns you about that baby in the butt feeling, by the way. But it’s OK. That’s what it’s supposed to feel like. And happily it's not poop—it’s a human. I gave one zealous push and out slid her head. I vividly recall the feeling of it under water—smooth and soft and huge. She got a little stuck on the way out however—a situation known medically as shoulder dystocia—so our midwife, with her aforementioned skill set, used a hand to push the baby’s shoulder under my pelvic bone.

And just like that, there she was. All damn near 11 pounds of her. Floating into the water and then into my arms.

She needed some help getting started; that is to say, she didn't really want to breath, which may sound frightening, but I assure you, it’s no more frightening than it would be in the hospital. So we did that and she came around just fine. When people say. "OHMYGOD, weren’t you afraid you/she/all babies born at home would die?" the answer is, really, no. Nope. No more than I’m afraid I’ll get hit by a car or someone I love will develop some grave and fatal illness.

There was some blood that someone else cleaned up. And someone delivered a pizza to the couch and someone popped the bottle of champagne I remembered to buy. We ate the chocolate cake I baked. We laughed and chatted and played drums. (No, there were no drums.)

It was all pretty amazing, if all pretty normal. Ella Grace was welcomed to the earth by a whole bunch of people who love her. And eventually we went to bed. In our own bed. Because, let’s face it, I was exhausted after pushing 11 pounds of human out.