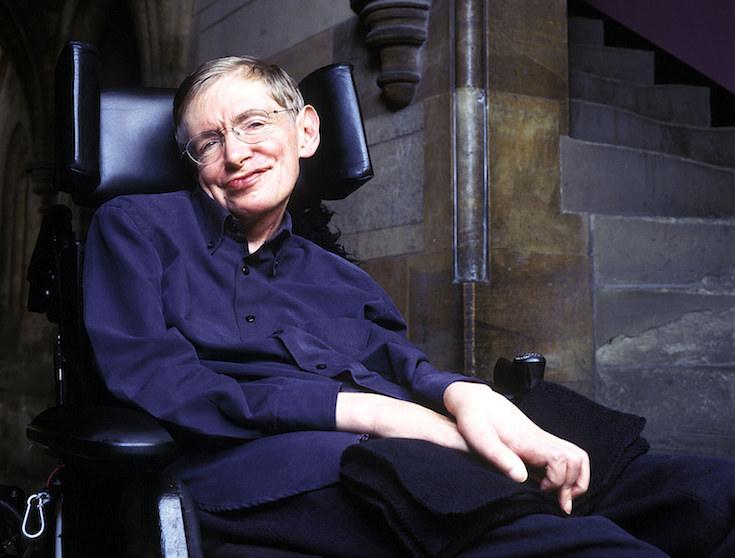 Question: Whose voice is more recognizable than Morgan Freeman's?

Perhaps this is why Pink Floyd is opting to include this brilliant man (yeah we know, that's the understatement of the century) in their vocals for the second time. Pink Floyd's upcoming album, The Endless River, comes out November 10. At the moment, us lowly peons don't know much about the song's aesthetic but we do know is that the ditty is called "Talkin' Hawkin"—seriously—and it's not a follow-up to Pink Floyd's first song "Keep Talkin'," which featured Hawking as a narrator on their 1994 album, Division Bell.

In fact, Hawking has a host of pop culture cameos appearing on The Simpsons, Futurama, Star Trek: Next Generation and The Big Bang Theory. Others (like Family Guy and Stephen Colbert) have used his persona in a mocking, kind of fucked up way. Actually, both "bits" made Hawking out to be an egotistical asshole.

On the one hand, Hawking is severely physically disabled (he has amyotrophic lateral sclerosis—ALS—the now infamous "ice bucket challenge disease".) I think we can all agree there's a reason we don't mock people with special needs; it's just about morally wrong on every level imagineable even if said person is, as Biographie noted, "strong enough to take it." Hawking's IQ is (reportedly) 160—it's no secret that his intelligence eclipses most, but does iconic brainpower in turn render him ripe for parity  . . . and parody?

Hard to say whether Pink Floyd's inclusion of Hawking's voice will fuel more mockable fodder for the less-than-evolved. (Like the brilliant shit-stirrers of South Park and Family Guy who make a living on depraved—if clever and socially incising—parody.)

In a world where nothing is sacred and thus everything is sacred—banishing the good-bad hierarchy altogether—perhaps Hawking is getting the last laugh.