On Death And Driving Lessons 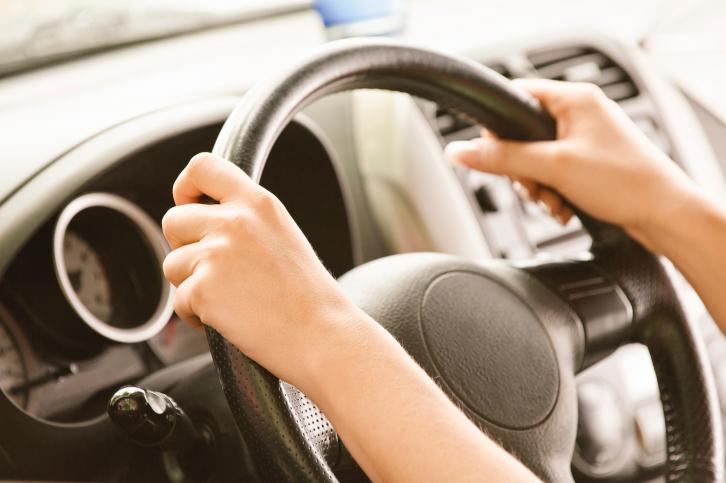 I was two weeks shy of my 27th birthday when I moved back to my parents’ Toronto home after living away for nearly a decade.

Returning home was as hard a choice as it was an easy one. Hard because the idea of coming full circle felt like a failure to me; easy because I needed somewhere familiar to crash (and a warm bed and good food didn’t hurt, either).

What exacerbated matters, though, was my lack of a driver’s license. While I traveled via subway and cabs in New York City for most of my twenties, I’d let my driver’s license lapse. Now, as a full-fledged adult, I was reliant on my parents to drop me off at work and help me run errands. Being chauffeured around is only ever okay when you’re a movie star, an infant or a prom queen. I wasn’t any of those things—so I wasn’t happy.

And actually, I was generally unhappy with most things. I felt stuck and unaccomplished. Rudderless. Stunted. I knew I wanted to write, but I didn’t know how to start. I was working part-time at a wine store, but I longed to live my purpose. I longed to feel independent and alive again.

Then all of my grandparents fucking died.

My three remaining grandparents passed away within seven months of each other between 2010 and 2011. I hadn’t been particularly close to any of them, but their deaths prompted a lot questions for me (predictably) about life and death. I should also note that I was already pretty melodramatic at the time, thanks in part to my sleeping next door to my parents. There was a lot of navel-gazing going on, lots of self-help books, lots of late night sobbing sessions asking the giant void, “What does it all mean?”

I was also, during this time, taking driving lessons. My driving instructor, Audra, liked me because, unlike most of her other students, I wasn’t a teenager. I liked Audra because our time together was one of the few instances in my life when I didn’t feel like a teenager (even if Audra’s Honda CR-V did sport a giant, yellow “Caution: Student Driver” sign). Audra came from a large family. She was planning a family reunion on a Caribbean cruise, and she was very excited about it. She told me about the new clothes she had picked out for the trip, including a floral dress she had bought for her sister.

Before the first grandparent died—my mom’s dad—I got a second part-time job as a local dog walker. I had walked dogs before in New York. Admittedly, I found the work to be a bit tedious, but I thought the gig would be an easy way to make money as I worked on my writing. What would have been my first day walking dogs was the day my grandpa died. Just when I arrived at my grandparents’ house and was looking at my grandfather’s body, I received a text from my boss asking me where I was. I didn’t text her back. I didn’t work as a dog walker ever again. I was beginning to realize life is too short for the same old same old.

Audra liked to talk to me about her other students, particularly about a middle-aged woman named Tammy. “She’s a terrible driver,” she said. “But she’s tenacious. I don’t know how many driving tests she’s failed, but she keeps going. She says to me, ‘I’m not gonna quit until I get that license.’ And you know what? She’ll get it. She will. It’s just not her time yet.”

Around the time the second grandparent died—my dad’s mom—I was applying for a couple of writing jobs. I finally scored an interview for one—a start-up news blog located in the city. I really wanted that job. Like, really badly. I liked that I would be paid to write for a living, I liked that it was located outside of my parents’ suburban town, I liked the idea of having enough money to move out of their house soon, I liked the idea of feeling like an adult again . . .

But I didn’t get the writing job. “You don’t have enough experience,” the HR manager said. “Maybe you could apply at another time . . .”

Soon after that interview, I took my driving test. I knocked over a pylon while parallel parking and I failed. When I saw Audra after the test, I cried as hard as life felt to me at that moment.

Audra said to me, “It’s just not your time yet.”

I hadn’t realized that my second driving test fell on the same day as the third grandparent’s—my mom’s mom—funeral. But I still wanted to take it (I hadn’t been close to my grandmother).

“Do what you want,” my mom, who also hadn't been terribly close with her mother, told me. “Whatever you choose, I’ll be okay with.”

My driving test was scheduled for the morning, and was only a ten-minute drive from where my grandmother’s funeral and reception was taking place. I decided it was possible to do both. I’d probably miss the funeral, but I’d arrive in time for the reception.

“Are you sure you want to do that?” Audra asked when I told her. “You can always reschedule the test.”

“No. I’m not rescheduling.” I didn’t want to put off my driving test, not for another day, week, or month. I know how foolish this sounds. How impatient and foolish, indeed, it was. But I needed to drive myself again. I needed to know how it felt to drive something—anything!—again. If I couldn’t take the wheel of my career/home/life, I sure as shit wanted to take the wheel of my mom’s Pontiac.

That morning, dressed in black for my grandmother’s funeral, I flunked my driver’s test. Again. I saw Audra in the parking lot and I cried. Again. But this time I also screamed. And I kicked the car tires. I was being melodramatic, as was my wont back then, but there was more to it than that. It was, well, everything. It was about my life, it was about everyone fucking dying, it was about living at home with my parents, it was not getting that writing job, it was about not knowing the hows or whys about, seemingly, anything.

Audra drove me to the funeral home.

“If you want something bad enough, you’ll never stop trying.” She said. “Look at Tammy.”

“I hope I get my license before Tammy,” I said.

“I hope so, too,” Audra laughed. “You don’t have to know all the answers. You just gotta keep trying. You’ll do it. You will. And then you’ll know why this all happened the way it did.”

Soon after my grandmother’s funeral, my mom said to me, “This is why you came home.” She was being pretty philosophical, a trait death often provokes in people—but she was also right. It turns out that while my parents were supporting me with their hot water and electricity and food, I, in turn, was also supporting them; I was buoying my parents throughout this difficult time by just being . . . me. By being around. By returning home every night.

And by coming full circle and living in my childhood home again, I was buoying myself, becoming whole.

Audra came from a family of truck drivers, so she talked to me lot about trucks: “You’ve got to respect trucks,” she’d tell me. “You’ve got to give them room, let them do their thing. It’s a give and take. You’ve got to be able to share the road with them, but don’t let them intimidate you. Remember: you are a good driver.’”

Eventually I got the damn driver's license. But, as it turns out, it was never really about mastering how to drive a car.