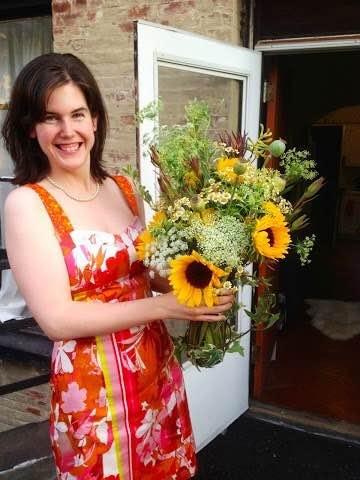 Fervent readers of smart, witty blogs –– basically the “cool” ones –– know the name Nicole Cliffe. She’s the former books editor of The Hairpin, who’s also written for The Awl, McSweeney’s, and The Morning News before “leaning in” to launch her own clever blog, The Toast, with writer Mallory Ortberg. The Toast is the sort of humor/feminist/intelligent-yet-intimate space that makes one declare, “I want to be a part of this world,” and then ask, “Why are these people so very creative and dexterous and funny and I am so very not?”

Nicole is Canadian and smart (she went to Harvard). She’s also a wife and a mom of two little ones (she just had a baby boy a few months ago) who lives in Utah. She boot camps, cooks delicious sounding meals, and tweets prolifically and hysterically. Naturally, she’s busy (and awe-inspiring). But I managed to catch up with her to chat about The Toast, her previous life working at a hedge fund, and her deal with Sean Penn and bikini waxes.

I am from Kingston, Ontario, and I went to Harvard. They paid for me to go, which is a great thing about the Ivies: If you have literally no money they will pay for you to go, and that included books and room and board and what they imagined I would spend on clothes and getting there and everything. No one in my family had gone to college, and you get the same little admissions bump for that as you do if both your parents went to Harvard. I didn’t have the best time, after my first year or so, but that's mostly on me and my disastrous personal choices. I studied English, unsurprisingly.

Tell us a little bit about your previous life working at hedge fund. How did that happen? Why did you leave?

I went to work for a hedge fund in a touchy-feely-human-capacity role right after graduation, because they paid me more money than any book-y magazine-y job would, and also because they would sponsor me for a work visa. Much of my job was taking quants and programmers to lunch during their interview day and ordering the truffle burger at DB Bistro Moderne while talking about Doctor Who (so they would assume it was a place where women eating burgers would talk to them about Doctor Who).

I liked it! It was a very quality-of-life-oriented hedge fund, so there were always snacks and bonuses and Aeron chairs and flexible vacation policies, and then the economy was collapsing anyway, so why not.

How did you end up living in Utah? What do you like most about it?

My husband and I didn't want to stay in NYC once we didn't have to work there physically. We love to ski, and it's a very, very easy place to live. Everything is drive-through, my bank is drive-though, we have a drive-through DMV. Everything is set up for you to bring four children with you wherever you go. I resented it for not being NYC for a few years, and then I just accepted it and now I love it. It's ridiculous, but I also get to be the funniest person in any gathering. I get to hear a lot of "NICOLE, you are WILD," and I really enjoy that. I'm Lenny Bruce in Utah.

How did the idea for The Toast come about? What were your goals for the site?

I just wanted to work with Mallory, and to do whatever we wanted to do all the time. As long as we can do that, the site will endure.

How would you describe The Toast to those who have never heard of it?

This happens often in Utah, and I just say it's a weird women's humor site that is also feminist, and then I studiously do not encourage them to read it because if you have not heard of the Toast you probably would not like it very much.

How did you first "meet" Mallory Ortberg? How would you describe your relationship with her?

We flattered each other electronically for months before finally meeting in person. No one would ever mistake us for Christopher Hitchens and Martin Amis, but when I think of Mallory I paraphrase Amis: "My friendship with The Mallory has always been perfectly cloudless. It is a love whose month is ever May."

I read that when you first met each other IRL you watched "Rebecca," imitated Joan Fontaine, and even the name of your LLC — Manderley — is in reference to Rebecca. So, what is it about that story that you love so much?

It's the delicious over-the-top nature of the beast. The emotions, the crushing dullness and self-erasure of the narrator, the Evil Lesbian Who Dies, everything. And the perfect George Sanders in the film version, of course.

At The Toast, you've switched gears from writing to editing. Do you feel you're a better editor or writer?

I'm not great at editing, it's been a delight to hand over much of it to Nikki Callahan, who is substantially more skilled. I'm hoping to begin writing more this year. I'm involved mostly and heavily with General Site Management Duties at the moment, so sometimes I feel like a street cop in a movie who's gotten a promotion to desk work and is waiting for a big case to bring him back onto the streets. I have just enough oomph to write on Twitter right now, so Twitter gets most of my creativity. This is stupid. Twitter does not make us any money, it's just where I am right now. I love Twitter, I'm sure it's destroying my ability to write, but it suits me very well.

What story are you dying to read on The Toast that hasn't been written?

I'm confident we will find and run the missing chapters of Truman Capote's Answered Prayers. 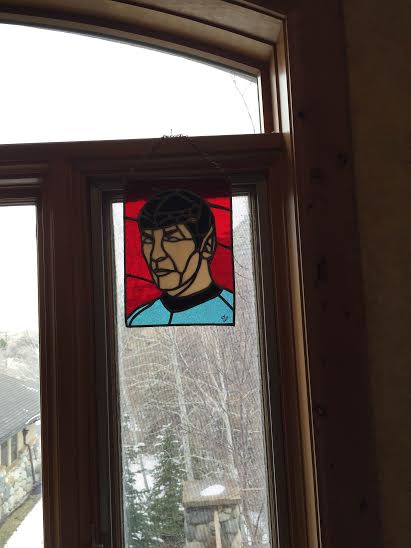 Between editing the Toast, being a wife, and mother of two, and also being prolific at tweeting, how do you do it all? What's a typical day for you?

My husband also works from home, so that frees us both up a little. I wake up at six, I make coffee and eat breakfast and check Twitter, I putter around doing dishes and laundry. My daughter wakes up at seven and I grab the baby on my way into her room. I feed him while hanging out with her and listening to the Lion King soundtrack. My husband takes her about half an hour in and they watch Scooby Doo and then he does the preschool run. I put the baby in the car and drive to the gym, he sits under a table and listens to '90s hip-hop while I do boot camp, we drive home, I feed him again, he goes down for his nap, I do my work, he wakes up, I feed him, he plays on his mat, I do my work. This continues until my daughter gets home from school. We hang out together, she eats, like, half a cracker for dinner, she has a bath, we read books. My husband carries the baby around in a sling for a bit. My daughter goes to bed. I make dinner, we eat it, the baby goes to sleep, and then we watch about three straight hours of television together and then go to sleep, I wake up once or twice to feed in the night. And I can Tweet while he eats, blessedly.

Yes, and I love your tweets. You’re a delight. I most especially enjoy your tweets on Sean Penn. You once tweeted: “an abuser, a bad lover, smug as ballz, and NOT THAT GREAT AT ACTING, TBH." All true points, obviously some more subjective than others. He's a known abuser, enough said, but is your beef mainly with him or with society's ability to seemingly "forgive and forget" a man's past crimes because of who he is (social standing, gender)?

Mainly with him, I think, because of his failure to give Robin Wright orgasms. But I think how we view Sean Penn as opposed to Chris Brown (who is also garbage), is as much a factor of race as it is the passage of time. It's possible that Sean Penn would face more flack today for, say, tying Madonna to a chair and beating the crap out of her, which he did, because of TMZ. But I'm honestly not sure.

Both Mallory and Butter editor, Roxane Gay, have published books, and you were a book reviewer for the Hairpin, would you ever consider writing your own? If so, what do you think it would be?

I don't know if I will ever write a book! I'm not sure if there's anything I know enough about or believe to be sufficiently true that I could write a non-fiction book about it, and I have no good ideas or enough skill for fiction, but there's always Mary Wesley, I guess.

I've read that you have some fine culinary skills. What's your favorite thing to whip up in the kitchen?

Deer steak and eggs. I get a hacked-up deer from friends in Montana every winter for my chest freezer, and they butcher some of it for me in these tiny little fajita-like strips and I toss them in a skillet with sizzling butter for like six seconds on each side and then cook eggs in the deer grease.

As a fellow Canadian, I have to ask: what do you miss about Canada? (I hope my American editors won't cut this question out.)

THEY HAD BETTER NOT. I miss having TV news which actually covers international events, I miss bags of curd being sold next to cash registers at every single store in the nation, I miss poutine, I miss having my family around, and I miss Canada most during election seasons, because in the US it seems to take up three years out of every four years and be consumed with nonsense garbage topics the rest of the world laughs at.

Finally, what's your deal with bikini waxes? Why do you hate them?

I just like making fun of writing about them, honestly! You do you. I used to have a firmly negative stance, but now I don't care anymore. Every year of my life, I have fewer opinions.