Gossip Can Have Valuable Social Benefits—Celebrate With Missy Elliot! 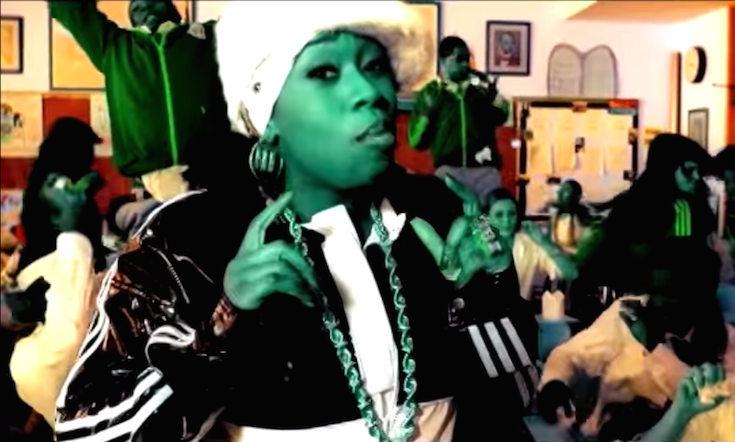 Okay, Regina George. You win this one. Gossip can actually have serious social benefits.

We know that exchanging small talk about the lives/habits/actions of other people encourages bonding between friends, but today we learned more. The Atlantic compiled findings from several studies—notably from evolutionary psychologist and anthropologist Robin Dunbar—to explore other benefits. As it turns out, gossip helps us determine right from wrong in social settings. Usually, they noted, gossip isn't shared to tear a person apart; rather, it's utilized to discuss social actions. Which in turn can help us better navigate social waters.

How so? Let's contemplate office gossip. Say you've always worked in lax startups, and now you're working in a strict corporate setting. Hearing your new coworkers whisper, "wow, boss is PISSED that Kate is hungover at work again," exemplifies bad behavior in the eyes of your overlord boss. Learning such a tidbit could potentially prevent you from getting in hot water with higher ups. In social settings, learning that your friends just loooove that Ted's new boyfriend is making an effort to get acquainted with the whole gang could encourage you to pick partners who do the same.

Because it's Throwback Thursday, we're celebrating this info in the only acceptable way: with Missy Elliot. "Gossip Folks," arguably one of Missy Elliot's more confusing jams, was released in 2003. Since I just learned that gossip is can be a positive social tool, I'm going to gossip about "Gossip Folks." Remember that odd part during the refrain? You know, where a strange voice speak gibberish? Word on the street (read: internet research) says Missy Elliot sampled it from an older song by Frankie Smith called "Double Dutch Bus." See? It's a double Throwback. Aren't you glad I shared that fact with you? Now you know that artists sampling other works is super common and (usually) A-Ok!

Oh no Giana! I can't sing along because I don't know what the hell they say during the hook! Luckily for you, I was a wicked insecure teen who memorized the lyrics of all "cool" songs to impress everyone and I am here to reveal the mystery to you! Gossip THAT, betch.

(. . . as long as we're still gossiping, can we appreciate that fashion has evolved?)

I sews on bews

I pues a twos on que zat