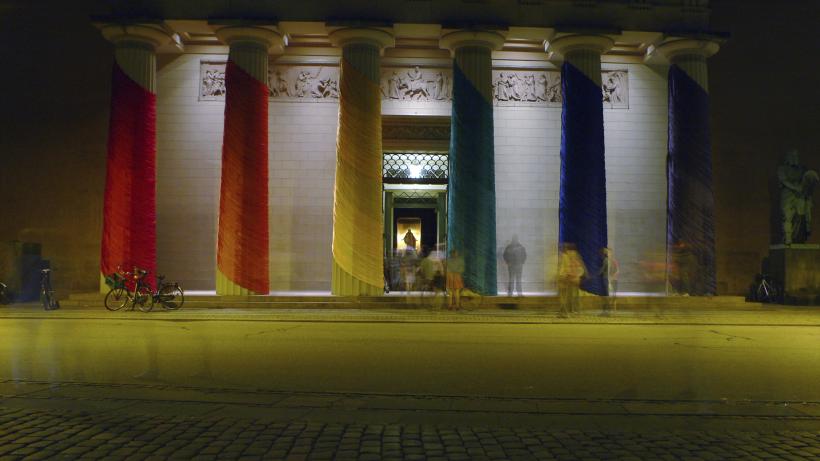 Alright, alright: raise your hand if the results from Tuesday's elections made you cry a bit. Obviously I can't see you because my eyes are fused shut, thanks to that infrangible duo of tears and superfluous mascara. In any case, I'm here to assuage your fears in one area: same sex marriage. Though recent rulings look dismal, there is reason for hope.

In the wake of the GOP snagging the Senate, Thursday dropped another bomb on us livid liberals: The 6th circuit (AKA federal appeals) court upheld gay marriage bans over their respective states, Tennessee, Ohio, Michigan and Kentucky. The decision was written by Judge Jeffery S. Sutton, who was appointed by former prez George W. Bush (. . . just sayin'). Judge Sutton starts off by stating that gay knot-tying is going to happen, but the question is "when and how that will happen." A century of legalspeak and rationalizations later, Sutton (basically) says, "Gay marriage bans are tricky. So, we're turning this issue over to the Supreme Court, because, yeah." Okay, maybe this is what he really wrote:

"[Same sex marriage bans] affect not only gay couples but also their children. Do the benefits of standing by the traditional definition of marriage make up for these costs? The question demands an answer—but from elected legislators, not life-tenured judges. Our task under the Supreme Court’s precedents is to decide whether the law has some conceivable basis, not to gauge how that rationale stacks up against the arguments on the other side."

Does this sound a bit like a cop out to you? In any case, Sutton did admit that the standing marital laws (as well as previous ones) represented "foolish, sometimes offensive, inconsistencies," yet the majority chose to uphold the marriage bans. But wait—it gets better! Sutton also noted: "History is replete with examples of love, sex, and marriage tainted by hypocrisy. Without it, half of the world’s literature, and three-quarters of its woe, would disappear." Yeah, let's keep those gays from marrying—maybe the 6th circuit states will enjoy an artistic Renaissance! History will remember us as heroes, damnit.

Fortunately, in the dissent, Judge Martha Craig Daughtrey totes calls Sutton out and, we can only imagine, Queen Bey shivered with pride. Judge Daughtrey began:

"The author of the majority opinion has drafted what would make an engrossing TED Talk or, possibly, an introductory lecture in Political Philosophy. But as an appellate court decision, it wholly fails to grapple with the relevant constitutional question in this appeal."

Here's the thing though: making the Supreme Court confront the issue of gay marriage is AWESOME. Last month, SCOTUS passively dealt with gay marriage legalization when they refused to review cases (from the 4th​, 7th​ and 10th courts) pertaining to the issue. Because of their quiet dismissal, the challenge was naught and same sex marriage officially became legal in all those states.

Now, SCOTUS will have to face the music. Is it possible that gay marriage won't be a state-by-state issue in the future? Could we get a blanketed federal law? Let's stay hopeful!