In Honor Of Mike Nichols, A Defense Of Mrs. Robinson 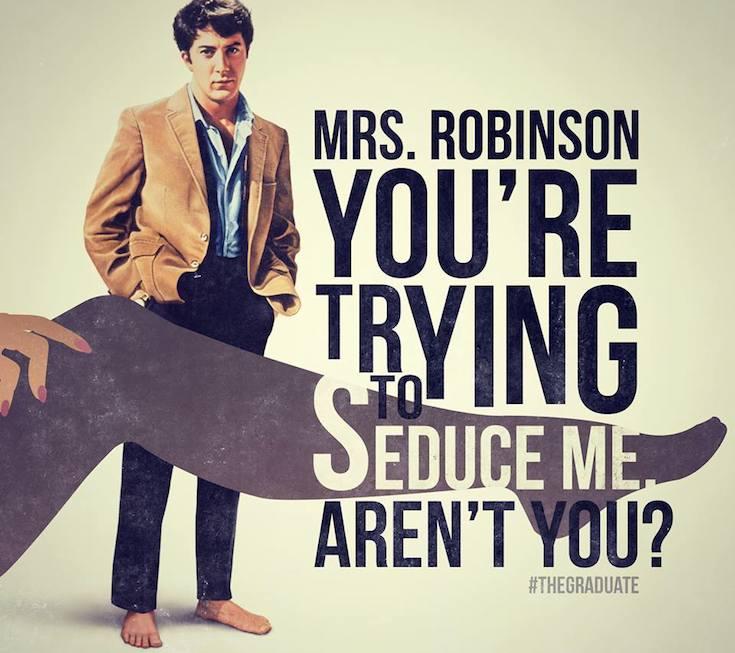 Losing a creative visionary is always tragic—and we've just lost one of the most creative visionaries of the film world. Esteemed director Mike Nichols died today at age 83 of undisclosed causes. Though the name may not ring a bell immediately, you've probably seen at least one movie from his portfolio of dark, thoughtful films: Closer, Charlie Wilson's War, The Birdcage or, arguably his most famous, The Graduate from 1967.

Maybe you haven't seen The Graduate (in which case: FAIL), but you're likely familiar with the introspective tunes of Simon & Garfunkel that accompany the dark comedy, most notably the ever-catchy "Mrs. Robinson." The film follows Ben (played by a crush-worthy young Dustin Hoffman) in his post-college "IDK what to do with my life" slump. Ben was something of a star in college, both academically and athletically ("there's the track star!"). His affluent parents love to brag about him, and are openly appearance-focused.

While contemplating his life (and facing obvious depression), Ben is approached by one of his parents' friends: Mrs. Robinson, a wealthy housewife in her 40's (Anne Bancroft). The two embark on a friends-with-benefits relationship (encouraged by Mrs. Robinson). Eventually, Ben gets in contact with Elaine—the daughter of Mrs. Robinson—and falls for her. Mrs. Robinson won't have it. Drama ensues. It's messy, emotional, surprisingly funny and, honestly, pretty disturbing.

As a 20-something, I am more inclined to take Ben's side in this tumultuous tale. Mrs. Robinson is older, experienced and has a daughter Ben's age. Early on, Ben reveals that he's a virgin—yet Mrs. Robinson still seduces him with her proto-cougar ways and loses it when she can't control him. Mrs. Robinson takes advantage of Ben's confusion and manipulates his innocence. That's cruel and, honestly, weird.

That said, people are complicated. And perhaps we should look at things from Mrs. Robinson's side. 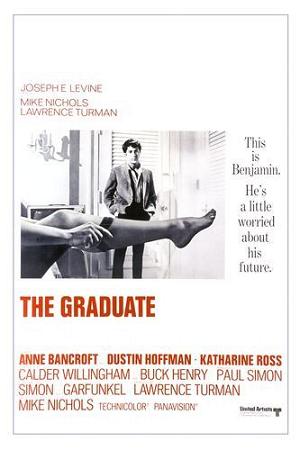 Here's To You, Mrs. Robinson

Mrs. Robinson is stunning. It's not just Bancroft's enviable facial features; the character is stylish, sexy and bold. Now, Mrs. Robinson isn't just some rich trophy wife with a personal stylist. She has a tangible, abiding passion for art, and a talent for it, too. A heart-wrenching scene reveals that Mrs. Robinson was pursuing a Bachelor's degree in art prior to getting pregnant and dropping out of school. Fashion is a way for her to explore this artistic ardor.

Let's talk history for a moment. In short: Mrs. Robinson merely attending college was a big deal. Mrs. Robinson says she is twice Ben's age (21), which puts her age at 42. The Graduate was released in 1967. For the sake of simplicity, we can assume Mrs. Robinson was born in 1925. So that means she was born a mere six years after women won the right to vote federally.

Mrs. Robinson also would have attended college in the early 1940s. This decade was an interesting time for women's education; colleges favored veteran admissions (given the fact that they risked their lives in WWII), and female attendance dropped as the '40s progressed. By the end, women made up one in three of the student body. In 1940, however, female students made up 40% of college graduates. Mrs. Robinson likely attended as female attendance was waning.

Now, consider this: In the 1940s, approximately 4% of American women between the ages of 20 and 24 attended college. Think about that for a minute. Her mother grew up without a women's right to vote federally, and she went to college. That's kind of a big deal. Mrs. Robinson had avenues opened to her, and with her social intelligence and drive, she could have embarked on a fulfilling career.

Instead, Mrs. Robinson gets pregnant (with Elaine) and drops out of college. She becomes a housewife. She doesn't work. Mr. Robinson sleeps in a different bedroom. Mrs. Robinson's face saddens when the subject of art is broached; her passion hasn't quite fizzled out, though she pretends it has.

Look at Ben. His youth, intelligence, curiosity and—I'm just going to say it—fabulous bod give him boundless opportunities. Such chances were lost on Mrs. Robinson decades ago, but she sees them alive in Ben. Perhaps Mrs. Robinson's sexcapades aren't an effort to snag her teeth into cougar meat; rather, she's attracted to the idea of possibilities.

With the loss of such an amazing director, we ponder these questions . . . and thank our parents for birthing us in the 1980s.