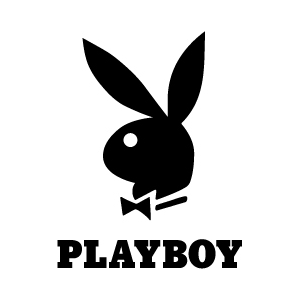 We caught the first glimpse of Playboy’s new public face back in August. Near the end of the month, they published this now-infamous “Should You Catcall Her?” flowchart, in which all roads lead to an emphatic NO. Shortly thereafter, they came out against the celebrity photo leaks. Round ‘bout October, they brought us a surprisingly on-the-money satire about sexy Halloween costumes—it didn’t condemn either side; it was just plain silly.

And now, as we reported last week, Hugh Hefner himself has publicly stated that, though he hopes the allegations aren’t true, he’s not going to deny the possibility that his longtime friend Bill Cosby might be a serial rapist.

Uh . . . are we dreaming? Is Playboy, long society’s go-to example of the perils of objectification, finally warming up to the fact that women are, like, people with feelings and opinions and stuff?

No, not dreaming—the company famous for women dressing up like bunnies has actually always had progressive intentions, it’s just been much more pronounced lately, much more in line with presiding popular opinion.

Playboy was created in 1953, aimed at the modern urban gentleman. He was debonair, dashing and refined—not the lunkhead frat boy or giggling 13 year-old that’s often associated with the magazine today. Lately there’s been a concerted effort from the editorial staff to portray women as—and this may be shocking to some of you—human beings. In a release issued this October, the brand decided to shift focus away from men's interest and toward producing, quite simply, shareable content—part and parcel to that was broadening their scope to include more well-rounded, thoughtful content. “I think Playboy is . . . about being a gentleman. Just be a gentleman and things will work out much better for everyone.” Said digital content VP Cory Jones in a recent interview with ThinkProgress, one of several interviews the magazine did after it announced its change in content.

This isn’t anything totally brand-new—Playboy has actually always been a somewhat progressive publication. Way back in 1963, ol' Hef said:

“We don’t think that sex is something to be taken so terribly seriously . . . we think this is healthy for society. We suspect that there is something very sick and wrong with the kind of attitude projected in the women’s magazines and the great many of the general publications that continually connect sex with sin . . . we just think sex is one part of life, and a rather important part, and should be enjoyed with the rest of it.”

Though Playboy clashed with some branches of feminism in the ‘70s, it openly supported women's inclusion in the company—the publication has hired several women in its 61 years on the racks, and provided its female employees with access to daycares and crisis counseling. Up until 2009, the company was even headed by a woman, Hef’s daughter Christie. Under Christie’s command, the magazine crept away from silicone when its usage reached a fever pitch in the Pam-Anderson-infused ‘90s, and started moving toward a more “natural” look in the 2000s (you can Google that one on your own to confirm). And really, truly, their articles have always been quite good.

The problem is, it’s hard for the public to separate its politics from its famous centerfolds and over time Playboy’s gotten lumped in with the Maxims, the Penthouses and the Hustlers. And it certainly hasn’t always helped itself reach that thinking-man’s smut status—critics have long asserted that the aim of its content is really to make women make themselves available to men, and things like Gloria Steinem’s scathing expose of the Playboy clubs and recent allegations of financial mismanagement have convoluted its quest to be the kinder, gentler nudie mag.

But is this new angle sustainable for an empire powered by tasteful nudes, and that has no plans of discontinuing them? Time will tell. While there will likely always be some sexist speedbumps—it does make its money on blantant and unapologetic objectification, after all, and the famous cartoons are still pretty effed up—Playboy’s new progression is promising. The most significant thing about this new direction for Playboy is our reaction—that, in 2014, a magazine still has to publicly declare that it believes women can be admired for their bodies AND have brains, too.