Saying Goodbye To My Imaginary Ex-Boyfriend 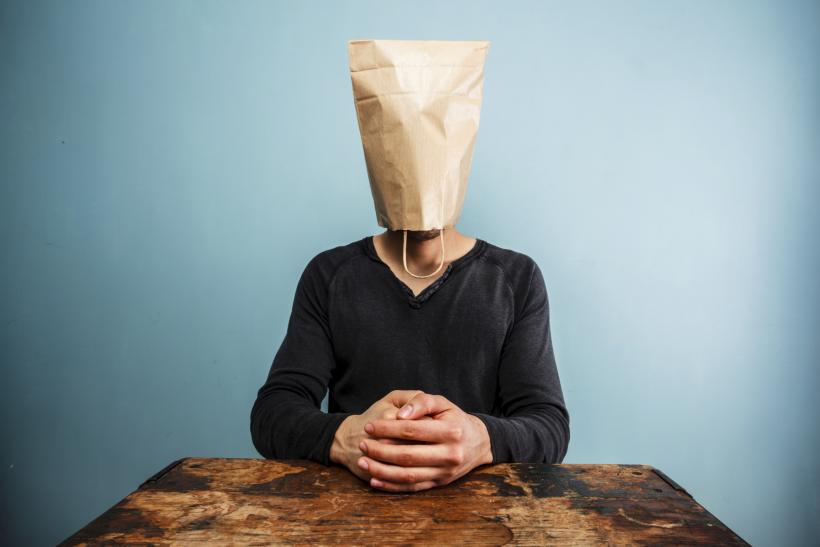 Last week was my imaginary ex-boyfriend's birthday. January 2, to be exact. I only know this because Facebook told me so. I had forgotten about him.

His name is Andrew Logan, and he’s 33 years old now. Well, not technically. He's actually eight; I created him back in 2007 to make a real ex-boyfriend jealous.

Andrew and I met over one summer during my college years and had one of those passionate summer flings that we knew would never last and parted on the best of terms in a very conscious uncoupling fashion.

From 2007 to early 2010, Andrew posted on my Facebook wall nearly every day asking me, “What’s up, doll?” or “Just thinking of you!” He was also very sweet about leaving comments on every. single. one of pictures, telling me that I looked “super hot,” while also wondering, “Why has no one scooped you up yet?”

Conveniently, Andrew lives abroad (according to his profile, he currently resides in Madrid), which explains why we were never meeting up in real life despite his constant, loving admonishments of, “When can I see that pretty face of yours?” His current profile pic is that of the 2010 Madrid protests over Spain’s financial crisis  . . . rather than a personal smiling shot because he is such an extremely private person and hates taking pictures of himself.

Even without a face (which I’ve always pictured as a mix between a young Hemingway and Heath Ledger), there is a lot to envy about Andrew Logan. He is the perfect combination of brains, brawn and bravado. He was born in Vancouver—so he’s earthy and athletic—but his law degree from McGill University proves that he’s also intelligent and articulate. His favorite authors include Fyodor Dostoevsky and Stephen King, but he also loves “Futurama” and “The Office.” He gets down to Kanye and Common, but he’s not ashamed to profess his love for Elton John and Jack Johnson. He’s fluent in French and Spanish, too.

As Andrew’s messages became more frequent, I was forced to reveal Andrew’s true identity to my close circle of friends.

“Who’s this Andrew Logan?” One of them asked during a dinner party. “Why is he blowing up your Facebook?”

“I made him up, “ I confessed. “I want to make my ex so jealous with rage that he regrets letting me go. I created the perfect guy to show him what he’s missing!”

They, of course, being the kindest people on earth, never questioned my sanity—though maybe they should have—or reminded me that was indeed, about the least "cool" thing on earth. Instead, they friended him on Facebook. They wished him “happy birthday” (not last week however) and sent him online quizzes such as, “Which Grease Character Are You?” (Sonny). He always responded back in his jovial, cool manner, ending every sentence with his trademark, “Buddy.” “Happy birthday, buddy,” he’d write on my friend Rob’s wall. “Nice wave, buddy,” “Lookin’ good, buddy.”

Eventually, some close girlfriends of mine would request Andrew to post something flirty on their own wall and he was happy to oblige because he knew every girl has an ex-boyfriend who they can’t get out from under her skin.

But despite Andrew’s earnest attempts to win our men back for us, or, at least generate a good old-fashioned rivalry, it never worked. Not once did that real ex-boyfriend ever ask me about my fake ex-boyfriend, or engage with Andrew online. Maybe he caught a whiff of insincerity, or maybe he wasn’t checking out my profile as often as I had assumed. At any rate, we didn’t get back together.

Now, years later, the thought of a reconciliation between my ex and me makes me chuckle (we were so not good for each other), and, after my initial cringe, I almost laughed off my creation of Andrew Logan, blaming his creation on my being severely post-break-up depressed. (And impeccably creative—I mean, that attention to detail!)

That is, until I recently cracked open my teenage diary.

While I was cleaning out some boxes in my parents’ basement, I unearthed a bunch of old stories, journals and diaries from my youth. As I was flipping through the diary from my last two years of high school, I discovered an alarming pattern that made my stomach turn.

In addition to my obnoxious and excessive usage of “shall,” I noticed that when it came to boys, I was a grand puppet master. I shaped scenarios in which the guys I was crushing on had no choice but to notice and talk to me. In some cases, these guys didn’t know I even existed, but I, of course, soon fixed that.

In tenth grade, I orchestrated a “meet cute” with the senior dropout who I had been obsessing about for months. I showed up at his work at the local Blockbuster and confessed that it was me, yes me! who had sent him the anonymous Valentine’s Day card. In eleventh grade, I baked cookies for our student council president—my next object of affection—and joined every club that he ran. At the end of the year, I eventually cornered him in his office and professed my feelings for him. And then in twelfth grade, I had heard through the teenage grape vine my classmate, Mark, was thinking of asking me to prom. Instead of waiting for him to ask me, I asked him. I even came up with a list of reasons why he should go with me. Oy.

More chilling still? The resolutions of these ploys were akin to that of Andrew Logan’s: disappointing and fruitless.

Upon revealing that I was his secret admirer, Blockbuster Senior went red and said, “Thanks. I’m embarrassed,” and I never saw him again.

I left the student council president’s office with his number on a crumpled up receipt, but he didn’t ask for mine, so I never called him.

And Mark didn’t end up asking me to the prom.

Looking back, I could chalk up my behavior to that belonging to a young, naïve romantic (who was always pretty ballsy), but instead, I see the early workings of a young manipulator.

I find myself wondering if I have ever let love just happen, or have I been pulling strings my entire life.

After high school, I would go on to date my ex-boyfriend, the impetus behind Andrew Logan. Then, years later, there was the coworker who, after months of fun and flirty emails, I managed to convince to meet outside of work under the ruse of delivering a check to me. He turned out to be a dick.
A recent relationship came from my scheming to get laid. Not surprisingly, that soon fizzled.

Not all of my relationships have been partially manufactured, but many of them have. Too many of them.

When my mother picked me up from Blockbuster after my run-in with the red-faced senior, she told me, “That’s not how it’s supposed to work. Did you ever stop to think if you actually like him? Do you two have anything in common? You have to know this stuff. It’s important.”

Of course she was right, as most mothers annoyingly are, but it took me a long time (basically, until, now) to recognize it. Letting love just happen, organically, is scary. There’s always the possibility that it won’t. Waiting for love is often riddled with anxiety, and allowing people to love you and find you, just as you are, is terrifying. But trying to force someone to love you is never a good deal; it’s only a raw one for you.

Most importantly, the sadness of never finding that perfect partner is far eclipsed by the psychosis of creating or coercing one.

Andrew Logan was my idea of what I thought the perfect guy would be, but he wasn’t actually perfect for me. We really didn’t have much in common at all in fact. (Sans the Elton John love). I care more about kindness than kayaking. I prefer someone’s unique sense of humour to rattling off jokes from TV shows and movies. I’m more interested if a man is passionate about his career than his posession of a bunch of degrees on the wall. I could care less about his speaking French, so long as he speaks respectfully to me. And calling people “buddy” all the time is fucking grating.

That’s why I’ve unfriended Andrew Logan. I am no longer interested in playing games or pulling strings. He may have been the perfect guy on paper, but I’m hopeful that there is someone—real and three-dimensional—who will more than fill his size-12 shoes because I know now whom I’m holding out for: someone real.