The Problem With The "Largest Study To Date" On Infidelity 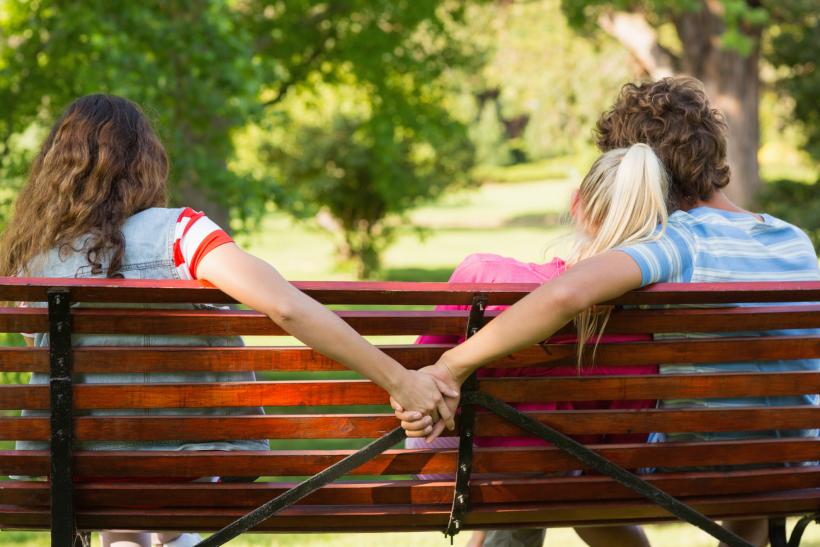 In case this is your first time reading anything written by me—your humble narrator—let it be known: I'm wildly cynical. So it should come as no surprise that findings from what's being touted as "the largest study to date" about infidelity have me simultaneously scratching my head and rolling my eyes.

Dr. David A. Frederick of Chapman University and UCLA P.h.D. candidate Melissa R. Fales asked a total of *63,894 participants ages 18-65 years (although on average the participants were in their late 30s) to answer this painful thought experiment recently published in Archives of Sexual Behavior: What would be worse to endure—their partners engaging in sexy time with someone else, or their partners falling in love with another? It was explained that the evil partner did not fall in love when having hypothetical said sexcapade; likewise, the emotional affair did not result in sexual activity.

The researchers' dream was to determine exactly what drove different sexualities—from straight to gay and bi—to jealous rage: physical or emotional betrayal?

Here's what the study found, by the numbers:

While the findings are undeniably interesting, the study took on a sour route when the researchers attributed evolutionary psychology theories to the results. (My baseline umbrage with the entire field is that it's largely comprised of speculation: Repeat after me—correlation does not imply causation. Worse yet, the field has also served as fodder for sanctioned misogyny and prejudice.)

In discussing the findings of the report, Sheri Ledbetter of Chapman University said:

The evolutionary perspective notes that men face a problem that women never face: paternal uncertainty. They never know if their child is genetically related to them, there is always a chance the child could have been fathered by another man. In contrast, women never face the problem of maternal uncertainty. Thus, while it is expected that both men and women experience sexual jealousy, men may exhibit particularly heightened responses compared with women. Further, while women do not face maternal uncertainty, they risk the potential loss of resources and commitment from partners if they channel their investment to another mate.

Predictably, the researchers took what is a daunting morass of ineffable data—millions of years of physical and socio-cultural evolution is damn hard to parse out, much less "prove"—and used it reconfirm long-held evolutionary psychology theory about our ancestors and offspring. It more or less boils down to this: Men don't carry babies and suffer inherent insecurity about the parentage of "their" children, while women fear their partners abandoning them to raise the kiddos alone. Rearing kids is resource heavy, y'all.

At this point I'd like to posit my own little thought experiment. Indulge me. Let's pretend that the results were reversed—women hated sexual cheating, and men detested emotional affairs. Watch me create a new argument using the same faulty logic about gender roles.

A woman does not want her man to have sexual affairs with others because, evolutionary-wise, if the man impregnates another woman, he is actively draining the resources (food, time, etc.) that would be otherwise dedicated to her offspring.

Men, on the flipside, can't have their ladies straying emotionally because this reduces the number of opportunities he has to impregnate her. As we know, women only have certain windows of time to become pregnant. By spending time (even if it's not sexual) with someone else, her primary partner is still missing valuable opportunities to create an army of mini mes.

There. That wasn't so difficult, was it?

While I do believe this study is worth knowing about—after all, nearly 70,000 people weighing in on an age-old axiom is pretty fascinating—it can't be used as a reliable indicator of modern sociology.

Humans have evolved quite a bit in the past four million years (since we began walking upright). I'd like to think we still are.

*The study only addressed individuals who identify as female or male. Given the high volume of subjects, however, we have to assume that some participants did not fit neatly into either category.