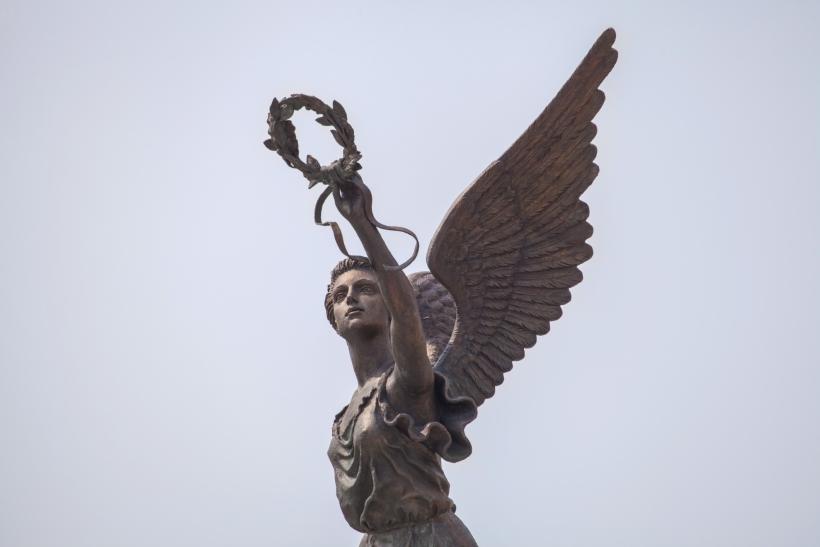 Because it's not that we live in a culture that normalizes, trivializes, or even fetishizes sexual assault—it's just that women have to be more careful.

1. If a man won't leave you alone in spite of the fact that you have repeatedly refused his advances, consider asking your father to turn you into a tree.

2. If a beautiful swan comes to you seeking “protection” from an “eagle,” watch out—he may have amorous designs on you. If for whatever reason you must offer shelter to this swan, make sure to do so in public or with a group of other women so that he can't pull any fast moves on you.

3. Don't wander alone in a dreamy field of wildflowers, especially if there are any men who have a reputation for riding chthonic horses nearby. If you do find yourself abducted and brought to the underworld, make sure not to eat anything—refuse all food and drink until you've been allowed to return home.

4. If you're just hanging around at home, lounging and minding your own business, make sure to avoid any and all golden rain that might pour from your ceiling.

5. Don't let your sister's husband escort you to Thrace, even if he promises to treat you like his own daughter.

6. Don't go to the temple of the goddess of wisdom in broad daylight, especially if you are widely considered to be ravishingly beautiful. If you do wind up attracting the attentions of a brutish sea god, make sure that no one finds out or the very same goddess at whose temple you were worshipping might turn your hair into a writhing pile of snakes.

7. Avoid satyrs, both on general principle and just in case they're lustful gods in disguise.

8. If you ever find yourself in charge of some cattle, refrain from paying any special attention to the bulls. While a tame white bull will likely turn out be exactly what he seems, there's always the chance that he's a god who intends to swim you off to the isle of Crete. As such, it is inadvisable to caress, fondle, and especially attempt to ride any bulls in your care—after all, you don't want to be giving out any mixed signals.

9. Avoid any places where you might find yourself alone with men, especially dark, smoky rooms like basement bars or, say, the workshop of some blacksmith-god. Remember that there's safety in numbers, and even if you're the goddess of war it's best to travel in a group. You might also take the time to reconsider your career path—after all, there are many other fulfilling job options that won't put you in such risky situations.

10. Be wary of any goddesses who start paying unusual attention to you or hint that they want to “embrace” you—they might be gods masquerading as ladies! Since gods can take any shape they want, there's really no fail-proof way of identifying them; it's probably best to just avoid all people, animals, plants, and objects whenever possible. You don't want anyone hinting that you were “asking for it” by trusting that your patron goddess and protectress was, in fact, herself and not Zeus in clever camouflage.