6 Reasons Not To Be A Jerk About Trigger Warnings 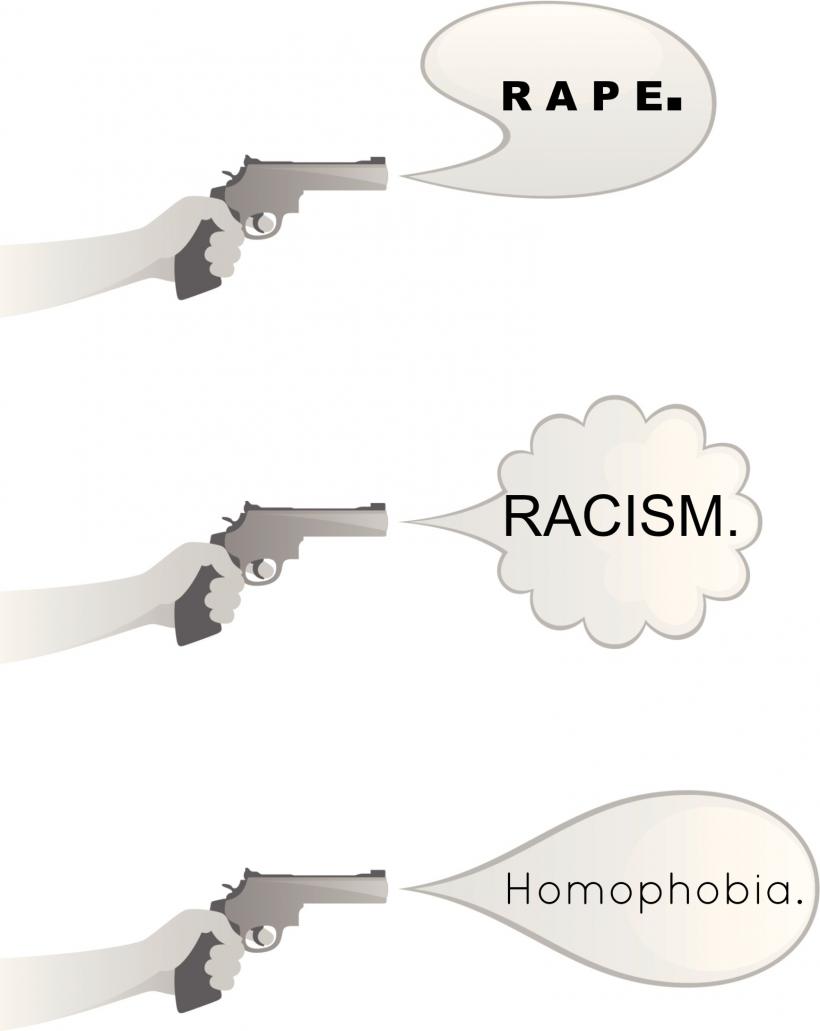 As you meander around the internet, you may occasionally encounter an article or video prefaced by a trigger warning (or the abbreviated version, TW). A trigger warning is a note that indicates potentially traumatic content. These notes applied to such varied topics as sexual assault, graphic violence, racism, transphobia, eating disorders and child abuse—basically any discussion that could cause a post-traumatic stress reaction for certain people.

Trigger warnings are an important and necessary tool for many people. For others, they are at worst a minor inconvenience. You would think this would mean that the inclusion of trigger warnings would be a no-brainer, yet some folks still insist on being nincompoops. In case you're in danger of becoming a nincompoop, here are six reasons not to be a jerk about trigger warnings.

1. Some people need them.

I know this might be hard for you to understand if you're not a survivor of trauma, but trigger warnings can mean the difference between feeling relatively fine and having your day go completely off the rails because of something you read or heard or watched. These brief notes, which are apparently so obnoxious to some people, offer survivors the choice of when and where and if you're going to read content that might cause a total meltdown.

Contrary to popular belief, trigger warnings and content notes aren't about completely avoiding material that might cause you to relive some past trauma; instead, they give you the chance to engage with it on your own terms, likely when you're in a safe space and emotionally up to the task. For me, this often means saving potentially triggering content until the evening, so that my workplace competence won't be affected by, say, an hour-long panic attack. Trigger warnings make it easier for me to navigate the often-unpredictable online landscape.

Oh my stars please buy a dictionary and look up “censorship.” I promise you the definition is not “brief note concerning the subject matter of the following text.”

3. Trigger warnings aren't about refusing to live in the “real world.”

As many detractors of trigger warnings have pointed out, there are no warnings in “real life.” This is true! The result of this is that sometimes people are triggered by smells, sounds, tastes and experiences they weren't expecting to encounter. Often people don't even know what their triggers are, or even recognize a post-traumatic reaction when it happens. All of these facts can make day-to-day living both challenging and exhausting, because often you're not given the choice of how and when you face your triggers.

Trust me when I tell you that the people asking for trigger warnings fully live in the real world and are only asking for a heads up whenever it's possible to give one.

4. If they don't apply to you, it takes exactly two seconds to scroll past them.

Seriously, what is your beef with a line or two of text that you are not in any way obligated to read? If you are not someone who benefits from trigger warnings, then feel free to liberally employ your scroll button. I'm completely baffled by people who are outraged or contemptuous over something that is so astonishingly easy to ignore. Even if you can't scrape up the compassion necessary to understand why other people might need trigger warnings, surely you can admit that they are not even a little bit responsible for lowering your quality of life.

5. The inclusion of a trigger warning doesn't mean that something is objectively bad or wrong.

I get the feeling that a lot of the weird reactions towards trigger warnings have to do with people feeling defensive. Like, they worry that if they enjoy an article or story or video that was posted with TW: HOMOPHOBIA or TW: RACISM that somehow means they're homophobic or racist. I promise you that's not how it works. Just because some people are triggered by certain subjects doesn't mean media referencing those subjects is bad in and of itself; all it means is that it's not good or healthy for that particular person.

Also, as a side note, it's never a bad idea to question whether what you're reading or watching is problematic. If trigger warnings remind you to do that, then they're helping, not hindering.

We all have to live on this planet together, at least until we figure out the whole outer space colonization thing, so why not be decent to your fellow human beings? I promise that it will cost you absolutely nothing, and you'll only be happier for it.