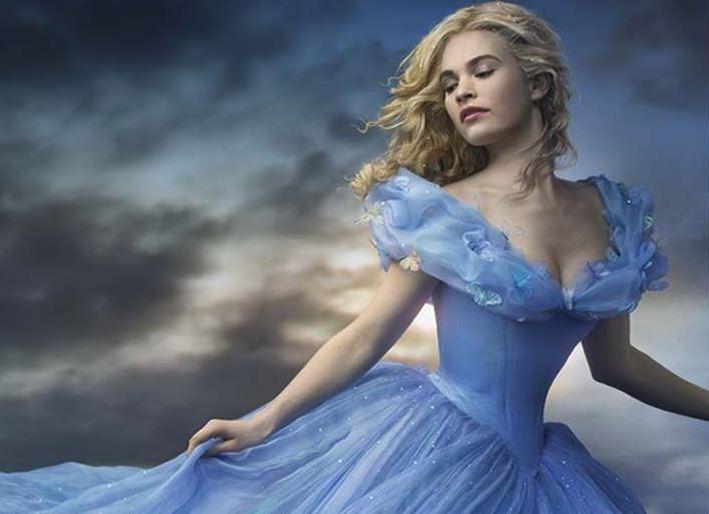 Bashing skinny women is not the answer to our culture's body-image woes.

Check out this image from Disney's upcoming live-action Cinderella movie; what do you notice?

The over-the-top gown? The sophisticated half-updo? The weird plant-serving winged statue in the background?

Or are you unable to focus on anything but that ridiculously tiny waist?

If you answered the latter, congratulations: You're like the vast majority of people in the world, who were incensed—incensed!—that star Lily James could deign to have such a little waist.

A couple samplings from the Twittersphere:

In many ways, of course, this criticism makes sense. The itty-bitty waist can easily be interpreted as the latest example of Disney celebrating extreme, borderline-impossible, thinness—and more troublingly still, James herself said she had to go on a liquid diet in order to squeeze into her corset. And yes, we mustn't forget that this movie is being heavily marketed to an audience of very young, very impressionable little girls. How long until they're fantasizing about the day that their waist, too, can nearly disappear—all the better to land Prince Charming?

But the outrage would be commendable only if it focused on the real issue at hand: a culture that only champions bodies likes James'. Instead, the criticism has had very little to do with examining cultural forces, and very much to do with shaming James.

So appalled were the masses that many claimed the waist must be CGI'd, an assertion that was swiftly refuted by the film's director, Kenneth Branagh. The not-so-subtle suggestion? A waist that size can't possibly be natural. It's freakish.

All this criticism put the onus on James to defend and justify her own body. "I'm very healthy and I always have been," she assured the pitch-forking masses who know nothing about her life. And—shocker of shockers!—"I naturally have a really small waist." Plus, as she pointed out, corsets make waists look smaller. That's, like, what they're designed for. (Though, okay, the liquid diet to fit into said corset is troubling.)

The controversy is the latest example of a problem that continues to plague the body-acceptance movement: Far too often, the discourse is not about accepting all bodies, but about criticizing the culturally idealized skinny body. This is the impetus behind movements like the one to implement a derogatory "minus size" label for thin women. And it's why celebrities are lambasted for being too skinny almost as much as they're heckled for being too fat (but, of course, only almost).

One hopes that, in the aftermath of all this, people will pay heed to a statement James herself made: "Why do women always get pointed at for their bodies?"

Change won't come from pointing at skinny bodies instead of bigger ones; it'll come from stopping the pointing altogether.