What's So Scary About Vaginas? 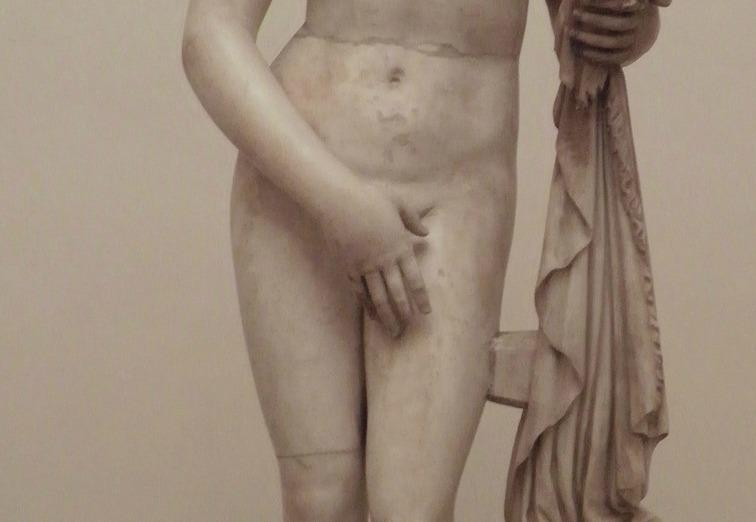 I was pleasantly pleased at how willing women were to talk about vaginas and equally astounded at what a bad rap they've gotten throughout history.

Who would think that a 149-year-old vagina could spark such a hotbed of controversy? But that's exactly what's happened. The vulva in question belongs to Gustave Courbet's faceless model in his exquisite L'Origine du monde  ("The Origin of the World"), which is prominently on display at Paris's Musée d'Orsay.

All of the hoopla began in France when a teacher's Facebook account was suspended after he posted a pic of Courbet's 1866 oil painting, which features a vagina front and center. The Verge reported that battle royalé ensued between Facebook and the nameless man in the Paris high court. During a January 2015 hearing, Facebook's lawyer claimed that French courts have no say in the matter since the man accepted the site's terms—FB's fine print stipulates that legal complaints against the company can only be waged in California courts. The Parisian court begged to differ, calling the clause "abusive." The teacher, arguing that his free speech was compromised, is reportedly seeking €20,000 ($21,900) in damages.

Let's face it, would there be such a big deal over, say, a penis—like the marble member attached to Michelangelo's "David" or any of Rodan's bronze blokes? The burning question at hand is why society finds vaginas so offensive and upsetting.

Poet Anthony Vigorito, whose collection of art-haiku Seeing in 17 includes Courbet's controversial image, pays homage to it in this humble 5-7-5 musing:

From which all life comes

"The painting caused quite a stir when it was first viewed," Vigorito explained. "People saw it as misogynistic and as objectifying women. Female nudes were depicted in art before but never so detailed or anatomically correct. Male genitalia are more acceptable in art than female genitalia. That in itself is discriminatory."

But despite the painting's controversy, Vigorito never thought of excluding the image from his illustrated haiku tome. "I hoped it would stimulate discussion about the nature of the work," he said.

Fearing censorship, Vigorito told his IT team to blur the painting when he posted the haiku and the link to The Verge story on Seeing in 17's Facebook page.

Courbet's painting is anything but obscene. Its title alone pays tribute to the female as the giver of life. Gustave's gal is so delicately detailed, it seems as though at any given moment, she might rouse herself from the mussed white sheets that cradle her voluptuous curves. Her pudenda is lush, untended, and retro—no Brazilian here. There are even fine veins visible on her inner thighs like strands of silk. The ease with which she reclines is intimate, confident, unapologetic and candid.

What's so terrifying about that?

I decided to ask a handful of women that very same question—why are people so scared of ladyparts? I was pleasantly pleased at how willing women were to talk about vaginas and equally astounded at what a bad rap they've gotten throughout history.

At age 85, noted artist, author, and PhD sexologist Betty Dodson is clearly fed up with society's attitude about gonads in general. "It's quite ludicrous that the female sex organ can cause such fear in the hearts of corporate executives," she said. "Courbet's hairy cunt is proud and complete within itself. That's enough to scare the shit out of most of those nerds in Silicon Valley."

Maureen Linker, PhD is an Associate Professor of Philosophy at the University of Michigan-Dearborn who often teaches about women's and gender studies. She cited the uncomfortable female anatomy's uncomfortable history:

"Feminist philosopher of science Nancy Tuana uses the phrase 'the epistemology of ignorance' to refer to the very deliberate way scientific drawings, descriptions and the study of the clitoris, for instance, were all viewed as 'obscene' and thereby purposefully ignored by researchers as early as the 14th century and up to the 20th century."

Why does Courbet's L'Origine du monde still cause such an uproar almost 150 years after its unveiling? Linker offered, "Vaginas as part of the female reproductive system are historically better understood and somewhat less scary than vaginas as the seat of female sexuality and pleasure."

Self-described post-porn modernist and ecosexual Annie Sprinkle, PhD has a plethora of achievements in the arena of human sexuality—and the distinction of making her nether parts the star of a one-woman show. In the 1990s, Sprinkle toured the world with her "Public Cervix Announcement," aimed at demystifying the nooks and crannies of the female body. Dr. Sprinkle would take to the stage, recline and insert a speculum, inviting audience members to line up and take a peek at her cervix with a flashlight. Hundreds queued up in dozens of countries. American actor Leonard Nimoy and South African actor Percy Sieff, who called Sprinkle's show "brilliant," both attended.

An artist in her own right, Sprinkle admitted:

Sprinkle pointed out that in 1989 the female artist Orlan did an interpretation of Courbet's work that depicted a man's penis— L'Origine de la Guerre ("The Origin of War"). Same frilly gold picture frame, same faceless, thick torso, but with an erection resting on a male's hairy belly. Orlan's work was part of an exhibition at Musée d'Orsay in 2014. "If the vulva can be allowed then so should Orlan's penis piece," Sprinkle said.

Jackie A. Castro, MA, LMFT, a licensed marriage and family therapist who is especially sensitive to issues concerning human sexuality, views the Facebook fiasco as being reflective of the attitude toward women in general. "Our culture is not as respectful to females as they are to males," she stated. "Rarely do we see a man's penis in an R-rated or NC-17 movie when full-frontal nudity of women is commonplace. The subtle but powerful message is that the male-dominated movie industry holds their own organs in high esteem. The penis is sacred; the vagina is not. Men are allowed privacy and respect; women are not."

This attitude has caused women to see their own genitals as ugly and shameful, Castro said. "The word 'vagina' is finally being used in the media as opposed to the derogatory slang of the past," she told. "This is indicative of the slow, steady rise of society recognizing women as equal and viable members of the community."

Eastern religions have long recognized the power of kundalini, which is latent female energy believed to be coiled at the base of the spine. Evalena Leedy, yoga instructor and studio director of Yoga Sole, takes a more philosophical approach to the uproar often caused by female genitalia. "I see it as a disconnect," she offered. "It's what happens when we separate the mind and body. As a society, we're simultaneously obsessed with women's bodies and afraid of them." The solution? "Just breathe into it," Leedy suggested with a smile.

Perhaps the key is to unshroud the vagina, both literally and figuratively. Keeping it in the public eye, as it were, keeping the conversation going, keeping images out there, without apology, might succeed in finally destigmatizing it.

And perhaps we should create a new word for it. Did you know that "vagina," translated from Latin, means "sword sheath?"

But that's another argument.