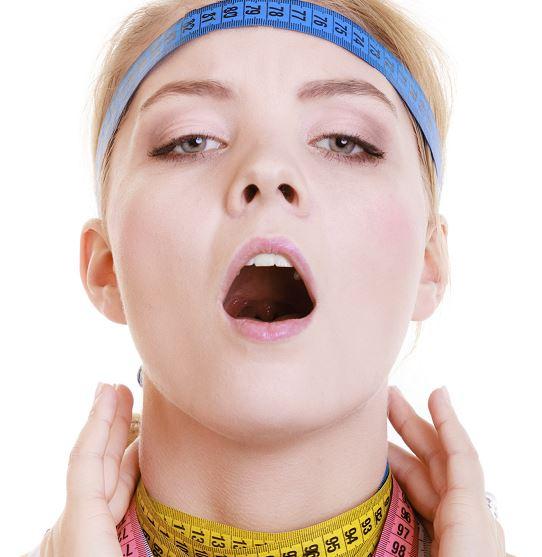 The new book Body of Truth, by Harriet Brown, explores the science, history, and culture of our obsession with weight. Below is an excerpt.

We're in the midst of an epidemic, one that's destroying both the quality and the longevity of our lives. It affects not just us but our children, and likely their children, too. And while this epidemic has been around a while, it's growing at an alarming rate, not just here but around the world. You'd be hard-pressed to find a twenty-first-century culture that didn't struggle with it.

I'm talking about our obsession with weight, our never-ending quest for thinness, our relentless angst about our bodies. Even the most self-assured of us get caught up in body anxiety: 97% of young women surveyed by Glamour magazine in 2011 said they felt hatred toward their bodies at least once a day and often much more. Ninety-seven percent—that's pretty much everyone. Another eight out of 10 women say they're unhappy with their reflection. I've interviewed hundreds of women about weight and body image over the last few years, and every one of them says she has struggled with body hatred, or continues to struggle, to one degree or another. Too many of us waste our time, our emotional energy, our very sanity trying to meet the ever-more-rigid rules about what size and shape our bodies are supposed to be. Even for women who get it, who know intellectually that the quest to be thin is ultimately both fruitless and pointless, it's unbelievably tough to challenge the cultural norms around weight.

The barrage of prescriptive messages starts early. Several studies have shown that three and four-year-olds are afraid of getting fat, and no wonder: They're primed to absorb and internalize the lessons we teach them, which in this case means shame about their bodies and self-loathing. Even if they don't hear it at home, they get it from TV shows, books, teachers, doctors, games, and other children. Even the most confident women struggle to navigate a daily gauntlet of images and messages warning us of the psychological, social, and physical perils of not meeting society's unattainable body ideals. And this isn't just a woman's issue, either; men and boys are increasingly caught up in their own variation of body anxiety (in fact, 18% of men say they feel fat every day): Women want to be thin; men want to be buff. Women want thigh gaps; men want six-packs. 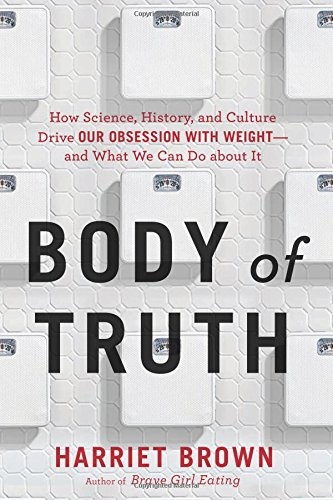 This obsession isn't new, of course; my friends and I spent many miserable hours in front of the mirror as teens in the 1970s. What is new is how encompassing the issue has become. It comes at us from all directions—from the media, from doctors and medical professionals, from school administrators, from politicians, from environmentalists, for pity's sake. Practically every modern problem from the recession to climate change has at some point been blamed on fat. We're told that we're undisciplined, gluttonous, lazy, that our children will be the first modern generation whose lives will be shorter than their parents' because of obesity. That weight issues rack up an extra $66 billion a year in healthcare costs, contribute to global warming, strain the world's food resources as much as an extra five hundred million people living on the planet.

Obsessing about weight has become a ritual and a refrain, punctuating and shaping our every relationship, including our relationships with ourselves. It's become social currency not just for women but for teens and even children. My younger daughter was 15 when she told me (with a great deal of exasperation at my naïveté), "Mom, fat-bashing is how girls bond with each other. I have to say bad things about my body if I want to have any friends." And saying those "bad things" to others reinforces our own inner critics, the ones that pick apart every outfit, that assess every inch of flesh, every blemish, every choice we make. We're so used to that constant inner judgment, we don't even think to question it.

The words we use to talk about our bodies have changed, too. We're no longer plump or chubby, stocky or stout or husky; now we're overweight or obese, words that connote facts and figures, illness rather than aesthetics. You're considered overweight with a BMI over 25 and obese with a BMI over 30. (According to the American Medical Association, with a BMI over 30 you're also diseased.) These words influence the way other people—including our doctors—relate to us. And, most devastatingly, they change the way we think about ourselves and others. The word overweight, for instance, suggests there's one acceptable weight, and everything above that is too much. It's "over" what it should be. The word obesity has become a diagnosis rather than a description, shorthand for a boatload of undesirable qualities: gluttony, lack of self-discipline, laziness, sloppiness, grotesqueness . . .

What was once a personal source of anxiety and distress has morphed into an ongoing public dialogue. Just 10 years ago, a Google search for the word "obesity" returned about 217,000 hits. A similar search in just the first six months of 2014 turned up nearly 27 million hits. Not that Google searches represent a scientific standard, but they do reflect a culture's preoccupations—in this case, the reality that we're more freaked out than ever about how much we weigh and what our bodies look like.