How I Coped After Surviving Two Miscarriages 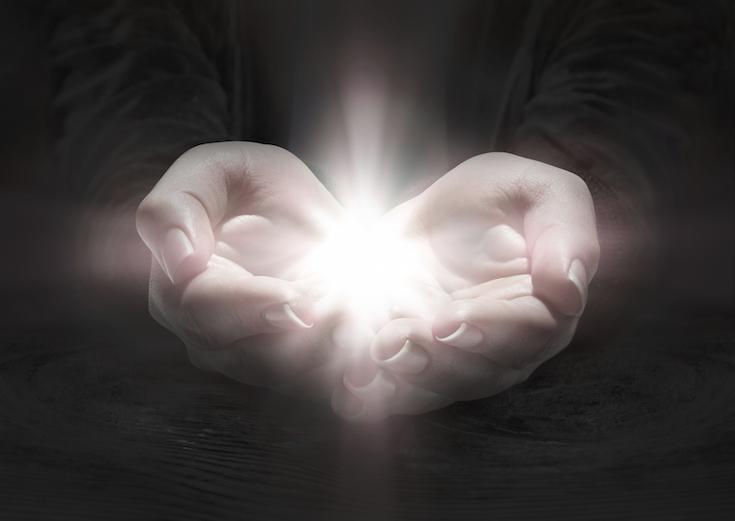 There was no reason why I should have miscarried, or so I thought. I found a thousand reasons to blame myself. Had I gotten enough rest? Was I getting enough nutrition? As my mind searched for answers and concocted a thousand reasons as to why this happened to me, I started to slowly fall into a depression.

Only the people closest to me know I suffered two miscarriages. Those same people also know the person I was before and after, as they bore almost no resemblance to one another.

I grew up in a secular home, but we identified with our religion and believed in God. I always looked for deeper meaning in my life, and I found it by intensely studying my religion of birth, which led to becoming religiously observant. This information is important, because otherwise the picture of myself before versus after my miscarriages is difficult to conceptualize.

I'm sharing my story, not in the hopes that others will become religious, but in the hopes that it might help others who are going through a similar situation to see themselves and their experience in a positive light. A light where they are not the center of their own blame, like I thought I was.

Before my pregnancy with twins, I was pregnant with a female fetus. Six weeks into the first trimester, my OB/GYN (who is an angel with wings and whose sensitivity cannot be compared to that of most humans), sadly told us there was no heartbeat.

I had lost the baby. I was shocked. There wasn't a family history of miscarriages or difficulties with pregnancies to my knowledge. I had normal menstrual cycles and a clean bill of gynecological and physical health. I conceived naturally and without any difficulty. There was no reason why I should have miscarried, or so I thought. I found a thousand reasons to blame myself. Had I gotten enough rest? Was I getting enough nutrition? As my mind searched for answers and concocted a thousand reasons as to why this happened to me, I started to slowly fall into a depression.

My OB/GYN couldn't figure out why a woman with my good health record could have miscarried. He sent me for many tests to find out if there was a deeper reason we were not aware of. I saw an interventional radiologist to rule out congenital problems with the shape of my uterus. I saw a hematological specialist for blood tests to ensure it wasn't a problem with clotting factors. I felt like the world's biggest failure. The words "Tamar Shtrambrand, you can't even carry a baby to term, you big failure," echoed in my mind.

It was two weeks before Rosh Hashana, the Jewish New Year, and I was running from doctor to hospital to clinic. My husband and I were still newlyweds, and though he was incredibly supportive, he didn't know what to do to bring me out of my depression. He asked me to see the rabbi at the synagogue we prayed in. I sat in front of the rabbi with tears in my eyes, an ache in my heart, and a numbness in my body. In my mind, there was nothing he could say that could justify why God would allow this to happen. I was prepared to battle anything spiritual he might say to soothe me.

To my shock, this saintly man did the complete opposite of what I expected. His face reflected my sadness, and he gave me words of empathy, "I give you a blessing of hope that by this time next year at Rosh Hashana, you will be holding your healthy new baby." Little did he know how powerful those words were in helping heal my heart.

Two months later, a friend gave me an article to read that forever changed me. It said that in Heaven, God decides which souls need to come back to the world and which mother's womb it will be sent to. And that the purpose of souls coming into the physical world is to rectify a character trait, or repay a loan that wasn't paid in a previous life. Souls are given life as a chance to fix what needs to be fixed. However, some souls are close to perfect and only need a small rectification to enter The Garden of Eden, the eternal resting place. These souls only need a very short time in on Earth. Some of these souls don't even need to enter the world at all, but only need time developing as a fetus in the womb of a holy woman. These are the special souls in miscarriages, or even in young infants who only live a short time.

This article provided a balm to my aching soul. Regardless of whether or not I truly believed what I was reading (and at the time, I wasn't sure if I did) it lifted a thousand pounds of self-blame and self-deprecation off my chest. I began to heal emotionally, and with time, spiritually as well. In a few months, I was able to let go of the need to be in control of my body, and the miraculous process of conceiving and carrying a baby to term. Once I did that, I conceived again and found out I was carrying twins. I was scared during the pregnancy and did not share the happy news until my second trimester. And just a few short weeks before Rosh Hashana, and a year after meeting with our rabbi, I gave birth to healthy twins.

Three years later, I found out I was expecting again and I was overjoyed until six weeks into the pregnancy. I had my first ultrasound, and the doctor said he saw two fetuses. The doctor also said that one of the twins was much bigger than the other, which meant the smaller twin, if made to term, would possibly be sick or disabled. My heart sank for this poor fetus. I found out at my next ultrasound that the smaller baby died in my womb, making this my second miscarriage. I was in a state of shock, but because of my previous experience, I was stronger and better prepared to cope. I did not despair, but rather accepted the divine decree with love and without placing blame, shame, and guilt upon myself.

If you like this article, please share it! Your clicks keep us alive!
Tags
miscarriage
spirituality
motherhood
babies
pregnancy