The Incidental Activism Of My Going Outside 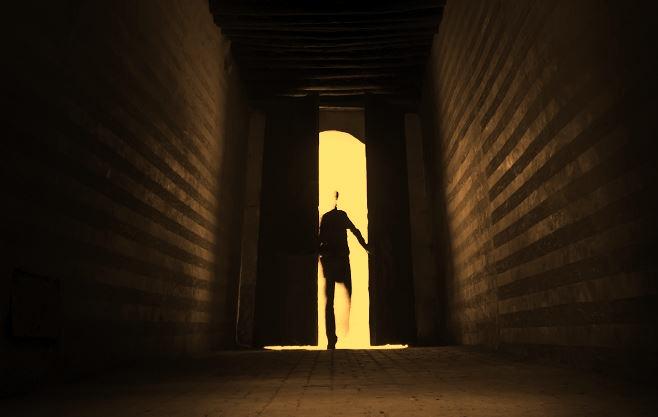 I should clear up: when I said I was an “agent of gender variance,” I didn’t mean the suave cocktail-swilling person of action. I’m more the anxious gadgety “this will probably work if not oh well I can find another job” sidekick.

For many, simply leaving the house is adequate activism. This aspiring soundbite isn’t meant to imply that marginalized people are invested in doing the bare minimum of work needed to achieve equality; mere visibility in a society built around your exclusion can be dangerous. Leaving our homes invites such horrific and disproportionate rebuke—from police, from men starving for phone numbers; whether or not we, as individuals, accept the mantle of “agent of the oppressed” bears little weight in our susceptibility to violence.

I don’t pass. I should say I won’t pass—if I lost some weight, shaved on the daily, and shuffled to and from the BART station in unassuming flats, people might overlook me. No one would interrupt my Spotify lip-synching to ask me if I have a dick and where girls like me hang out. And then I'd never be late to where I'm going, never draw attention—just another woman trawling the public transit system in a dowdy and unremarkable outfit she hates but is learning to appreciate, if for the lack of attention it brings her. But: why go places at all if you're not going to take selfies with friends showing off your cute outfits? Oh, you like my cardigan? This old thing? Thank you—I just needed something to keep me warm when the men's tears get worked to a drizzle. You know how it is, being mindful of misandric metaphors when making every life decision.

Such an abundance of inconvenience and upheaval in my life to spare strangers the odd double take while I’m on my way to work.

When women—regardless of birth assignment, as facial hair and muscles and a deep voice are not exclusive to “tall girls”—capitulate to social pressure to “pass better,” the reward is often a move into a different bracket of objectification and gendered violence. Oh, you’re hot now! Slut! Bet you wanna come over and choke on my dick this week.

By openly rejecting this pressure, and being out in public, I become a singular point in spacetime for any and everyone’s prejudices, anxieties, and even desires for people like me and what I represent.

“I’ve always wanted to date a girl like you.” I usually don’t get dressed up for Halloween; the other 364 days of the week I wear a confession booth costume that everyone can see but me. I let a little private pantomime run in my mind—it stars me giving this man a card and telling him that maybe one of my 43 clones might be what he’s looking for. Sometimes they see me laughing at this mental nickelodeon and retreat, parrying me with pejoratives. Sometimes they get aggressive. They make a soapbox out of the escalator to espouse my ugliness and whorishness to anyone who will listen.

Not acknowledging a man’s advances, walking away wordless, is the agreed upon path of resistance when dealing with men—yet even this benign, passive deflection riles violent tendencies in men.

A shoutout to the guy who shoulder-checked me at 2 in the morning as I was walking home from the bar, asked me if I had a boyfriend and then, after I asserted I don’t date men, followed me for four blocks shouting “I just wanna ask you something!” And really, I wouldn’t be here without that OPD patrol car that followed me for 10 blocks to tell me the neighborhood I live in wasn’t safe for “trannies who hook.” That terse dialog with an armed man about how I wouldn’t be hooking in a dry-clean-only dress helped prepare me to be the woman I am today—nervous, scared, and hesitant to speak.

Last week a man approached on BART. “I love your dots, bro! I need more dots in my life. I need your style more in my life.” Was he, thinking I was a man, praising my rejection of masculinity and expressing a desire to do the same? Does he dream of having an entourage of gender-variant people to high-five on trains? These are sincere, if jocular, conversations I might want to have, but I can’t, because in moments like these, when men offer me a less awkward and invasive public conversation, I let Jesus take the wheel and smile my way to my stop.

What is my obligation to strangers? If I grab this guy by the collar and tell him to shut up, am I informing passersby on the predictable behavior of my sisters? If I kick him, will he just accost women who he thinks can’t or won’t kick him? Not all trans girls are as tall or strong or brazen as me—am I setting them up?

These are the things I think about to distract me from engaging with men.

I should clear up: when I said I was an “agent of gender variance,” I didn’t mean the suave cocktail-swilling person of action. I’m more the anxious gadgety “this will probably work if not oh well I can find another job” sidekick.

But sometimes my not-passing (can we start calling this impassing?) cultivates weirdly tender moments with strangers—people who confide in me their hopes to come out sooner rather than later, women who ask if my tattoo hurt, or how I make my hair the colors it is.

I call this kind of aspirational flattery the “I Think I Can, I Think I Can.” We’re often trepidatious in pursuing our aesthetic desires until we see someone doing that and not falling face-first into dorkdom in doing so.

I wonder if this “looking both ways before crossing” thinking instigates some of the conversations people have with me about my (perceived) gender variance.

Congratulations, you might defy the gender binary! First lesson: see how I’m side-eyeing my exits and finding innocuous reasons to move past or around other people, putting their bodies between us? Watch and learn, grasshopper, because one day this could be you.

My transness is taking up a lot of space but really, you could play this scene out, same script and all, for a non-masculine person who is fat, has visible facial hair, wears clothing that identifies them as a marginalized person, or, again, dyes their hair and has tattoos.

Dyed hair, piercings, and tattoos have become the new two-minute hate of the men’s rights movement (and perhaps “respectable” straight men as a whole). They insist that women who color their hair and have tattoos are impure, broken, and incomplete.

As this rhetoric flourishes within “real man” communities, women who have visible body variance may be deemed “less” of women—and cease to pass—to the sort of men who would inflict gendered violence on them, to discourage the behavior in others they feel entitled to access. And for fun: let’s not be so naïve as to propel forth the notion that people with ideologies derive no pleasure in their advocacy. None of us are going home to sit at the foot of our beds and think, “Wow, what unpleasant business, but I did what I had to do.”

I enjoy being seen, as a trans woman, as an incidental activist. I enjoy the thought that I make other trans people, some of whom are in the closet or passing for cis, feel less alone when I take the train or talk with my normal voice in a restaurant. That ride comes, at times, with a steep as shit admission fee. And sometimes I get matched with a real asshole on the tilt-a-whirl. But it doesn’t diminish my enjoyment of my candid mid-ride mug shot. I can't let it. Some days it's the only part of the experience I truly own.

We all, for one reason or another, leave our houses. We go to work, we meet up with friends, we make small talk over dogs because it is yet not socially appropriate to say “We just met, fellow human, but I have a good general feeling about you and want to stretch out this moment.” The cost, or maybe penalty is a better world, for leaving your house not a straight white cis man in the “appropriate” dimensions and dress, is irrespective of why you left the relative safety of your homes. You might be afraid. You might keep your head low and stare at the unassuming flats you bought to drive down attention from strangers.

This is still your struggle and you’re still fighting it. And even if all you do is look out at an ugly world and say “Whatever, I know I’m beautiful,” you’re still catching it off-guard, and the element of surprise is necessary in every revolution.

If you like this article, please share it! Your clicks keep us alive!
Tags
activism
women
feminism
trans
harassment
passing
revolution
solidarity