I've Become Everything I Hated 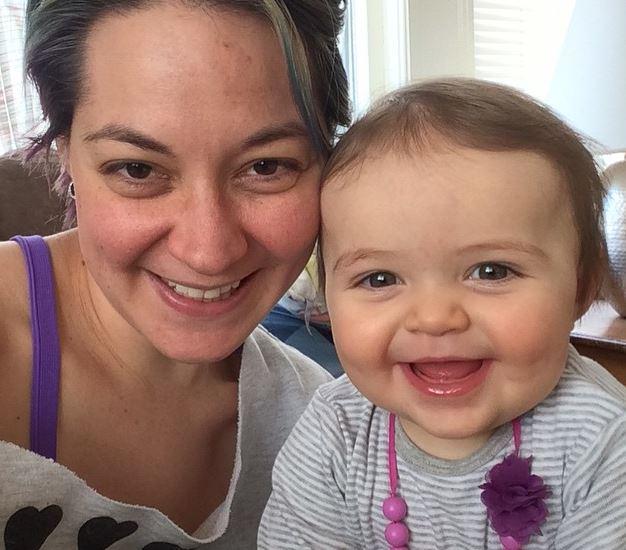 If you had told me three and a half years ago that I would be someone who opened my mail, tried my hardest to be a good person, and went to something called "baby and me yoga," I would have been horrified. And yet, here I am.

I'm not sure when it happened exactly, but I've become everything I swore I'd never be.

Maybe it was the day that I decided I wanted to get sober.

I always thought that people who didn't drink were boring. Squares. No fun. I swore I would never be one of Those People. I was Different. I knew how to have fun.

Until I didn't anymore.

Until it stopped being sustainable, or even beneficial. Until I had no choice in the matter. It's funny, because I think I'm actually way more fun now that I'm sober. I'm definitely less judgmental. As a bonus, I'm also now a functioning member of society. I didn't think I wanted to be someone who went to work and paid their bills and watched Netflix on a Saturday night, but apparently that's exactly what I wanted to be. If you had told me three and a half years ago that I would be someone who opened my mail, tried my hardest to be a good person, and went to something called "baby and me yoga," I would have been horrified. And yet, here I am. 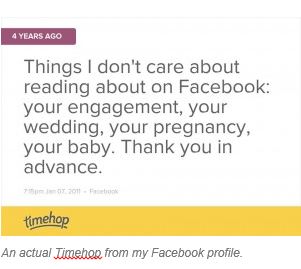 Or maybe it was the day that I chose to participate in the patriarchal institution that we call "marriage."

I always knew that I didn't want to get married. All of my reasons were "good" ones, too. I couldn't bear the thought of being someone's wife. I didn't want to participate in an institution that viewed women as property. I didn't want to be tied to one person for the rest of my life. But I had also always been an inherently dishonest person who cheated on everyone I was ever with and needed new people all of the time to give me validation and make me feel good about myself. I didn't believe in monogamy, but I was also incapable of having an honest open relationship. I didn't understand that I could make my marriage and my wedding fit with my feminist values. I didn't realize that I could find a partner who shared those values with me.

It could also have been the day that I decided I wanted to become a mother.

I'm not going to lie, when my husband and I started trying to get pregnant (or actually, tried that one time and succeeded), I felt like I had failed as a feminist. And I know lots of feminists who have kids and so that sounds really silly, but my feminism had always been about choosing to remain childless. But truth be told, sobriety has changed me. Prior to getting sober, I was the most selfish person on Earth. My world revolved around me and my feelings and my needs. (And this is not to say that choosing not to have kids is a selfish decision; I don't see it that way at all.) But for me, I was so consumed with myself that I couldn't even fathom having to put someone else's needs before my own. And to be honest, I think there was a really big part of me that told myself that I didn't want kids because deep down I knew that I couldn't even take care of myself, let alone someone else. I don't think that I thought that I could have a life that included stability and maturity, so I told myself that I didn't want it.

But it very well might have been the day that I decided to resign from my job to stay home full time with my child.

The epitome of everything that sounded terrible to me was being a stay-at-home mom. I wondered why anyone would want to do that. It sounded like all of the things I hated most in life: childcare, laundry, cleaning the house, and socializing with other mothers. But when we started to weigh childcare costs against my salary, staying home started to seem like a decent option. And then when I had my baby and I fell head-over-heels in love with her, I couldn't imagine actually leaving her all day. And then when it became clear that I could still keep my hotline job one day per week and continue to do activism and organizing in my spare time, the choice became obvious. I was officially going to be The Person I Swore I'd Never Ever Ever Be So Help Me God.

I can't really pinpoint the exact day that I turned into the ultimate hypocrite and became everything I'd always hated. All I know is that I'm so glad that I did. I've never been so happy, so fulfilled, and so grateful in my entire life.

If you like this article, please share it! Your clicks keep us alive!
Tags
motherhood
alcoholism
growing up
evolving
everything changes
marriage