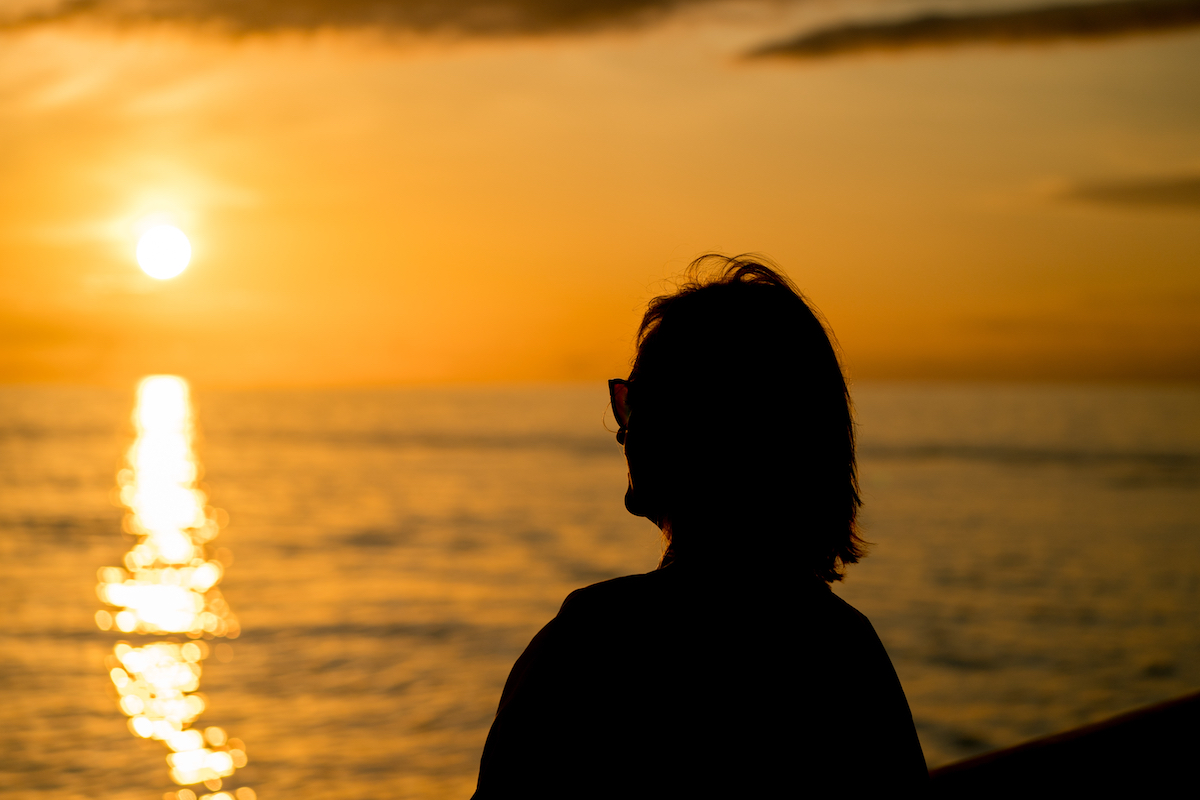 There’s a big difference between helping your child and enabling their behaviors. When I discovered my son had an alcohol addiction, I was a single parent of two teenaged children.

The first time I saw my son Brian drunk, he was 14 years old.

We had just moved from Missouri to New York State after my second divorce. I felt ill-equipped to deal with the painful reality that my son was repeating the cycle of his father, whom I had left due to his alcohol addiction.

When I ask myself how I became an enabler to his addiction, I reflect on my background. I grew up the oldest child in a family of four children. As the eldest, I was called on to be the caretaker of my younger siblings. The caretaking role felt comfortable and validating. When I left home at 18, I chose to pursue a career in nursing, further reinforcing my role as a caretaker.

Alcohol was not an issue. At my high school graduation party, my Dad offered me a whiskey sour. When I finished the first one, he offered me another, which left me in an altered state, dizzy and swaying at the dining room table. He then came up to me and asked how I was feeling.

“Not so good,” I responded.

“Now, you see what alcohol can do."

He never said another word to me, and the impact of this intervention stayed with me throughout my early adult years.

You Might Also Like: As A Mom In Recovery From Heroin Addiction, Here’s Why Sesame Street’s New Character Matters

When it came time to choose a partner, I naively overlooked the red flags. My first husband, the father of my children, was an alcoholic. I left him when Brian was 18 months old, and Leigh Ann was three. I can see now how I enabled his drinking until I realized that I needed to leave that unhealthy situation for the sake of my children.

Instinctually, I wanted to protect my children from harm. But it took many years to break the cycle of codependency where I wanted to step in and fix their problems. I only wanted to help them. I didn’t realize that I was an enabler.

What is the difference between loving and enabling?

Stephanie Kirby offers this explanation in this post How to Stop Enabling Your Adult Children and Why It’s Important: “In the therapeutic world, an enabler is someone who habitually allows a family member or close friend to make choices that can result in harm.”

I had to learn the difference between helping and enabling. I equated helping with loving, but love is not the issue.

How did I break my cycle of enabling?

Despite a background in nursing and the lived experience of dealing with an alcoholic husband, I went into mother-mode, trying to maintain my need to help my son. But, at that point, I did not know the difference between loving my son and loving him to death. Also, my underlying panic that my son could repeat his father’s addiction sent me on a path of denial. It was all too frightening to deal with. I overlooked missing money, a missing wine bottle, and made excuses for school absences.

Additionally, though I had studied alcoholism in nursing school, I did not translate that knowledge into action. I developed magical thinking and clung onto the notion that this was just a teen phase that he would outgrow. I was in serious need of education about the disease and needed help in recognizing my role in it.

His drinking escalated, and I began to fear for his life. And I finally set a boundary, two years after seeing him drunk for the first time. This led to his first in a series of multiple patient rehab programs over 24 years. It was during these programs that I became more aware of my role as his enabler.

I always questioned, when am I helping, and when am I enabling?

I will add that the therapeutic strategy at the time was to practice tough love, “ let him hit bottom.” I balked at this thinking and did the best I could to learn more about the disease and my role in it. I could still love my son, but I had a lot to learn about the danger of enabling. I attended Al-Anon meetings, sought counseling, and relied on my faith and prayer to get through one day at a time.

Slowly over time, I began to understand that I was harming him by doing for him what he needed to do for himself. Then, when I was diagnosed with a life-threatening cancer in 1996—which rendered me unable to help him—I realized I needed to concentrate on my healing.

After many years of dealing with this, I began to view my son’s behavior in a different light. I saw him as a capable, intelligent, and resourceful person, and I realized that he was the only one who could decide about sobriety. I understood that I needed to work on myself. I didn’t want to stand in his way of breaking his cycle of addiction. I wanted to set healthy boundaries for both our sakes.

I needed to break my addiction to his addiction.

A turning point occurred for me in 2002. I turned my son away at 2:00 am when he drove to our home from Connecticut, after spending the day with some using friends. It was a terrifying moment, but I knew it was my only choice. I am convinced to this day that this saved his life.

At 37, after 23 years of drinking, my son found sobriety through his true grit and AA. It took me as long to break my addiction to his addiction. I never stopped loving him or believing in his ability to recover.

Through all of this, I learned the importance of understanding the disease of addiction. I learned to seek help from professionals and friends and family, to be aware of my role in his addiction, and to never, ever give up hope that recovery is possible.

Today, Brian and I are both living full lives and enjoy a renewed, healthy relationship. In letting go of my obsession with his addiction, we are both free to live empowered lives on our terms. The love that remains was always there.

If you like this article, please share it! Your clicks keep us alive!
Tags
addiction
Al-Anon
enabling
alcoholism
substance use disorder

On Enabling: I Was Addicted To My Son's Addiction
Kathleen Pooler