Lest We Never Forget: My Grandfather's Holocaust Story 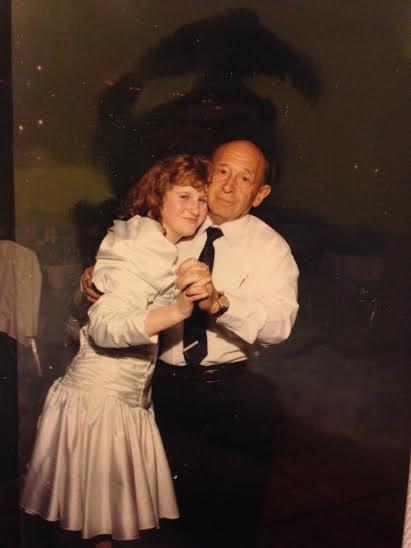 I was the last generation fortunate enough to have personally known survivors of the Holocaust. My mother’s parents were both survivors from their hometown in Plock, Poland. There were around 10,000 Jews in Plock before the war, and only 3.4% survivors left at the war’s end.  They rarely spoke about their young lives, or the Holocaust. As a young child, I learned enough about the Holocaust to know not to ask unless invited.

My mother’s mother, Anna Grossman, passed away when I was ten years old on August 22, 1989. I have fond memories of her. Although, looking back as an adult, I understand that I barely knew her. I do know that she was the light of my Grandpa, Arthur Grossman's life. Grandpa was lost when she died of pancreatic cancer. She was all he had left in the world and of his past, where everything had been taken. When she died, the most important part of him died with him. In the last 10 years of his life, he was never the same.

After releasing the film Schindler’s List, director Steven Spielberg started the USC Shoah Foundation. He realized the last living survivors of the Holocaust generation were leaving the world, forever taking their unique testimonies with them. Spielberg set up the USC Shoah Foundation using his personal money, with the goal of capturing the stories before the entire generation faded away—their stories forever lost. In addition to having their story privately videotaped for a memoir, it was also videotaped by Spielberg’s Shoah Foundation and can be seen in the Holocaust Memorial Museum in Washington, D.C.

My Grandpa's story began in Plock, Poland; born on October 30, 1920. He was the eldest of five children and they were poor. Though my grandfather was a promising student, he dropped out of high school to work as a milkman to feed his family (not uncommon in those days). Grandpa was into Zionism and dreamed of moving to Israel and practicing Judaism. However, his dreams never came to fruition; a dark cloud swept over Europe, engulfing my grandfather’s family in its midst. Ultimately, he was the only survivor of his family. When we asked if he wanted us to help find any surviving relatives, tears welled up in his eyes and he asked us not to, imploring that it was too painful to go back in time—and he previously tried, but bore no fruit.

My grandmother was from his town and he saw her in passing, but would not have known her, if not for the hells of the war. She was two years his senior, and came from a more well-to-do section of town. I don’t know the details of what happened to her in the camps, but I do know that she was not well when he found her. Tragically, her entire family was murdered; we think she was beaten and raped. Grandpa took care of her. He brought her whatever food he could, and looked after her until they were liberated from the camps when the war ended. They shared a flat in the refugee camp, and she refused to sleep with him because they were not yet married. (He told me this with his face shining with admiration for her modesty.) After the war, Grandma insisted she wanted to come to America to start their new life together. Grandpa, alone and broken except for the fact that he had her, willingly obliged. He said he had had no problem giving up his childhood dream of moving to Israel, because he had lost everything that was important to him in the war. He wanted his wife, his soulmate and his eternal love, to be happy.

There was one story that Grandpa shared in his video memoir that stands out from the rest. Grandpa said when he was young, he was very muscular and strong. His town was in a mountainous region, and—like many towns in Poland during the pre-war era with a large Jewish population—seethed with anti-Semitism. One day when he was thirteen, he saw a schoolmate crying. He described the boy using the Yiddish term “shlamazel.” Grandpa said the boy was short, skinny, and anxious. He asked his schoolmate what happened, and the boy told him, with fear and shame flashing in his eyes, that some young Polish anti-Semites had started shouting slurs at him, taunting him, and stole his schoolbooks. The kids threw it down the mountain, and he was afraid to retrieve them. The boy was afraid his mother would be upset because they could not afford new books. My grandfather, stirred by this boy’s tale of woe, went down the mountain. He got into a physical altercation with the boys, scaring them off. He got the boy’s books. The boy lit up when he saw the books and thanked my grandfather over and over again. My Grandpa, being the kind, loving and humble person he was, thought nothing of it. 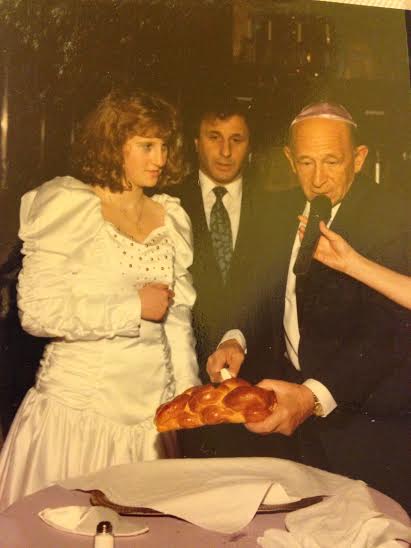 During his time in camp, Grandpa worked in an ammunitions factory. He was in his early twenties. Because of his strength, they kept him alive as a laborer. One day a lager approached him. According to Grandpa, lagers were Jews who were often in the good favors of Nazi officers for one reason or another. They appointed lagers to watch over the Jews assigned to labor (as well as other undesirable functions that haunt me when I ponder them). The lager looked at Grandpa like he knew him, but Grandpa did not recognize him. He was taller than Grandpa, and built. The lager said to him that he was reassigning Grandpa to work in the kitchen, peeling potatoes. He also told Grandpa that he would give him extra food and watch closely over him, ensuring his well-being. Grandpa asked this man why he was bothering to do this. The lager asked him if he knew who he was. Grandpa shook his head no, an empty look in his eyes. The lager reminded him of the time that he had gone to his defense when they were thirteen against the anti-Semitic Polish boys. He never forgot that act of kindness, and he was going to ensure that my grandfather would be safe. Imagine the shock, disbelief, and amazement he must have felt at that moment of revelation.

Grandpa was not a religious man, but he always used to say he believed in God, and God was good to him. Whatever time God gave him in this world, Grandpa was grateful. I think that his strength of character, faith, and humility was what planted the seeds in my heart that ultimately resulted in my searching my religious roots and deciding to become Orthodox in my mid-twenties. He died on September 6, 2000 after battling lung cancer. He never lived to see me blossom into the adult woman I have become.

I miss Grandpa terribly. Grandpa always tried to smile and live life to the fullest, but I could see the pain in his eyes—the pain of a life that had more than its fair share of sorrow, suffering, pain and horror. Despite it all, I am honored to carry on his memory.

Lest, we never forget.