How To Say No And Not Feel Guilty 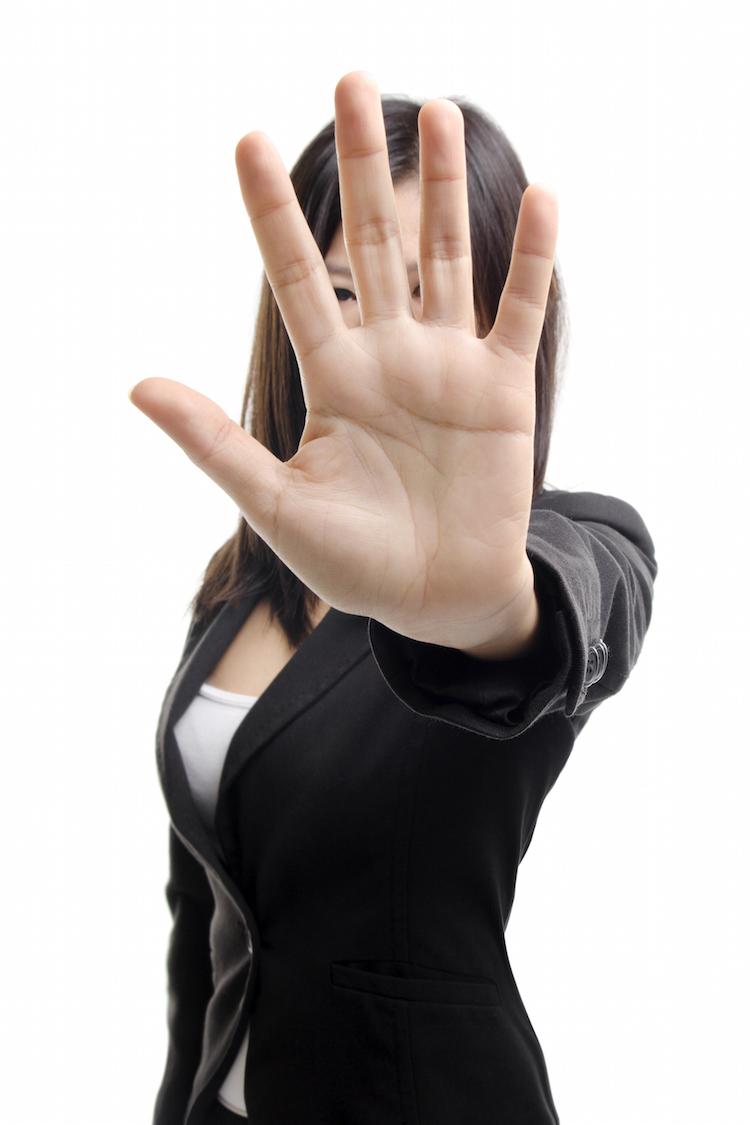 You’re a strong-willed, independent woman, so why is there that one person in your life who you simply can’t say ‘no’ to?

As an only child, my father always told me, “You don’t have to be liked by everyone, and you don’t have to like them, too.” I guess I always sought a sense of approval from those around me growing up, and the desire to be ‘liked’ by my peers was vital.

Consequently, I became known to friends as the ‘fixer’: the one who was always happy to lend an ear or come to the rescue whenever there was a crisis – even at my own inconvenience. After all, isn’t that what true friends are for?

But where do you draw the line? And when can being ‘too nice’ be taken for granted?

One of my girlfriends, Ashley, has always had major drama for as long as I’ve known her (over 10 years). She is beautiful, kind-hearted, and generous, but seems to attract misfortune. Whether it was yet another relationship disaster, money woes, or health issues, she always called on me for a favors. I’ve been there for the good, the bad and the ugly, probably more so than she has been for me. Don’t get me wrong, I don’t mind helping a friend in need, but it started to become so repetitive, there was an unspoken expectation that I’d always say ‘yes.’

The irony was, I was assertive in my job, and wasn’t afraid to speak my mind. So why couldn’t I just say ‘no’ to Ashley?  I tried many times. Each time I’d muster up the courage to let her down, I’d hear the angst in her voice and suddenly be racked with guilt. She’s going through a rough time, I’d say to myself. Stop being such a bitch!

But all ‘good’ things must come to an end, and a few months ago, I decided enough was enough.  After a particularly stressful day at work, I just wanted to have a coffee, put my feet up, and relax. Then, like clockwork, my phone rang and I saw Ashley's name flash on my phone. Before I could even muster a hello, Ashley launched into another sob story about her current boyfriend angst. She needed a babysitter while she ran off to salvage things with him.

“I’m sorry, I can’t.” I said in a curt tone. Silence. “Is there anybody else that can help you?” Panic-stricken, I added, “I’ve been under pressure at work and just need a break.“

After another moment of silence, she said, “OK. That’s fine, I’d better leave you to it.”

I could tell she was holding out for a change of heart, but I refused to budge. And after our brief conversation, I felt a wave of relief hit me. It wasn’t so hard to say ‘no’ after all!

Since then, our relationship has changed for the better. I used to dread that it would deteriorate or she would ‘defriend’ me on Facebook, but at that moment, she came to realize that she had become too dependent on me. Gradually, she became less demanding of my time, and a lot more considerate of my issues.  She rarely asked for favors, but whenever she mentioned a dilemma, I said I'd be happy to help if I could. The only difference was that my help was done on my watch, and not hers.

I learned a few great things from that experience, and I'd like to share them with you:

1. Quit the guilt trip: Own your feelings and accept the idea that your needs come first. While it may feel uncomfortable when saying 'no' for the first time, it’s normal, and there is no need to feel bad. Make sure you stand by your word, and don’t even think about going back on it!

2. Stop over-explaining: You’ve said no, and there’s no need to give a speech or long-winded explanation about the reasons why. Tell the truth: “I’m too busy,” “I’m tired,” etc. and leave it at that. I used to have a bad habit of making up a more ‘diplomatic’ explanation just to soften the blow. Just say ‘no’ and move on!

3. Don’t overthink it: Once you’ve said ‘no,’ don’t go off and fret about your decision. Don’t overthink the ‘what-ifs’ or dwell on it. Will she think I’m a bitch? Will she delete me from her phone? If she is a genuine friend, she wouldn’t do those things. Saying 'no' might make you temporarily feel like the worst person in the world, but sometimes you have to be cruel to be kind (to yourself!).

If you like this article, please share it! Your clicks keep us alive!
Tags
saying no
no
advice
Guide
Friends