I Have A Mental Illness And It Sucks 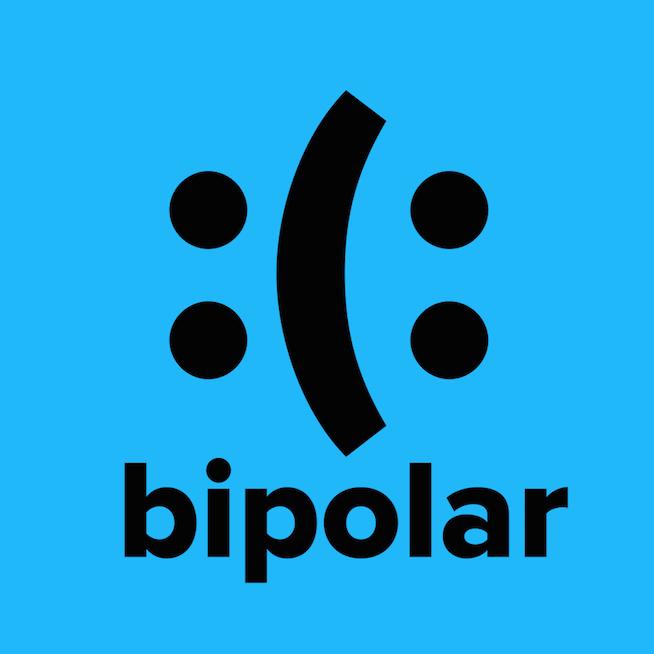 This is the reality of my life. I am incredibly unstable right now, which is why everything is so extreme. So, no, this isn’t the normal everyday life of a bipolar person, but it’s one part of what it’s like to have bipolar disorder.

But do you know what I’m most angry at? I’m fucking pissed off that I have a mental illness. 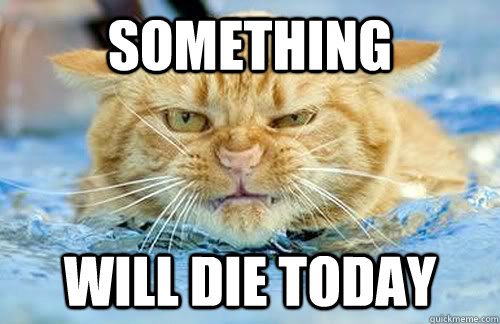 I may have won the genetic lottery in some aspects of life, but inheriting a mental illness wasn’t my luckiest moment. I don’t know which side of the family I inherited this damn disease from, but both sides make a compelling argument. We’ve got alcoholics to the right and severe depressives to the left, and sometimes the two happen to meet. It’s like my DNA was destined to be fucked.

I know I’m not supposed to say these things publicly because, you know, fighting stigma means presenting people with mental illness as happy, healthy, and smiling. Mental health organizations and advocates want to ensure that we appear non-threatening, so no one really talks about how shitty it is to have a mental illness.

Well, guess what? I’m pulling back the motherfucking curtain (and using as many swear words as possible. Does someone want to start a fuck count?). I have bipolar disorder II and it really fucking sucks. And despite what some mental health advocates say, our mental illnesses do limit our lives.

Almost every major decision that I make is influenced by my disorder. For example, at 29 years old I have to weigh the consequences of going to a party and staying up late because this means taking my meds late. Taking my meds late means that I’ll be incapacitated by grogginess the next day and waste it in bed. Every time I have a social engagement, I have to ask myself, is it worth it? Instead of agreeing or disagreeing based on my schedule, I weigh the consequences to my mental health.

This may seem like a ridiculous, insignificant aspect of life to be worried about. But do it for 10 years and then come back to me and tell me how insignificant it feels. I guarantee eventually you’ll want to just say, “Fuck it! I’m partying tonight who cares!” And then you’ll feel like shit the next day, not because you’re hungover  — because being bipolar means you shouldn’t really drink — but because your medication is meant to sedate you. You’ll wish you were hungover because it will feel better than being groggy.

Or how about this? My ability to manage stress is significantly lower than yours. I don’t know if this is standard across people with bipolar disorder, but it seems the more stressful the situation the more my disease rears its ugly head.  I work in a fast-paced, high-stress job that is not good for my disease. To make matters worse, I’m really good at what I do and I actually like it. A year ago I would have told you that this was my career and I would move up the corporate ladder. But now I’m floundering and debating quitting, to work at a coffee shop.

This weekend, I saw a job posting for a sales clerk in an odds and ends shop. The store was incredibly quiet and I thought, that would be the life! I know as soon as I can leave this corporate job, it’s the end. There’s no high-powered, high-paying job in my future. I feel deep in my soul that my life will be filled with part-time work that pays a minimum wage.

Since I don’t manage stress, everything is so fucking overwhelming. I used to be a clean freak, now cleaning my house doesn’t even register on my radar because it’s too stressful. I’m so stressed out that it’s a fucking miracle that I get out of bed. It’s a feat that I shower, dress, and put makeup on. And guess what? It makes me so angry when I’m having a particularly hard day and someone says, “But look at how well you’re doing.” Well guess what? That’s because I slave away at showing you the put-together, efficient, and intelligent professional that you think I am. I would love to show you the crying, angry, insecure mess that lives inside of me, but you don’t actually want to see that. Despite what you say.

When I’m home (never alone, obviously) it’s my husband who gets to see all of these nasty bits. My favourite thing to do right now is to rage cry. This is when I fly into a sudden fury and start throwing and slamming things around until I tire myself out and fall apart and start to cry. This rage is frightening. I’ve never felt anything like it before.

On Friday, I flew off the handle in the  middle of the grocery store because I didn’t like the way our groceries had been bagged. The kid doing his job had used too many bags and not filled them with enough things, which made walking home with them impossible. I grabbed the bags and started flinging produce into the bag, screaming, “This is how you bag fucking groceries. It’s not fucking rocket science.” (I would know, I worked in a grocery store for two years).

Luckily we weren’t in front of the poor kid, but I had completely lost myself inside the anger. This wave of anger was the first time I felt like I could potentially hurt someone else. As I slammed produce into bags, my husband asked if we should go home. He was worried. As a joke, he said, “I’m afraid you might kill someone.” I shouted back at him, “Well if I killed someone they would probably deserve it for being so fucking stupid!”

Hurting myself is a regular thought of mine, but hurting someone else has never crossed my mind. And it terrified me.

Normally the rage that lives inside of me is more self-directed. I was so angry this past weekend that I was seriously considering vaulting myself over the ledge of my 6th-floor balcony because I just couldn’t take it anymore. I’m not being hyperbolic. I was weighing whether or not the distance from my balcony to the ground was far enough to actually kill me, or just paralyze me. I don’t want to be fucking paralyzed and fuck up my husband’s life further than I already have.  I’m actually panicked by the impulsiveness of my rage that I might actually act on it.

But suicidal thoughts aren’t new to me. It’s rare that I go one day without thinking about a way to die. Waiting for the metro, and all I think is how easy it would be just to step out and be gone. A cabbie takes a left hand turn too quickly and I think, man wouldn’t it be great if he hit me and I died. I pass bodies of water I can’t help but think about drowning. I’m prepping vegetables for dinner and I think, man, this knife just wouldn’t be sharp enough to slit my wrists.

This is the reality of my life. I am incredibly unstable right now, which is why everything is so extreme. So, no, this isn’t the normal everyday life of a bipolar person, but it’s one part of what it’s like to have bipolar disorder. The hardest part of the disease is that stability is never a guarantee. Sometimes you bring it on yourself, and others it comes out of the blue.

But right now, I’m exhausted by trying to appear normal and pretending that living with my mental illness is no big fucking deal. So the next time you think about “how good I’m performing” or “how good I look” or “that I have a spring in my fucking step” remember that it’s all a performance; an act for your benefit.

The reality is, I have a mental illness and it really fucking sucks.

If you like this article, please share it! Your clicks keep us alive!
Tags
mental illness
bipolar disorder
medication