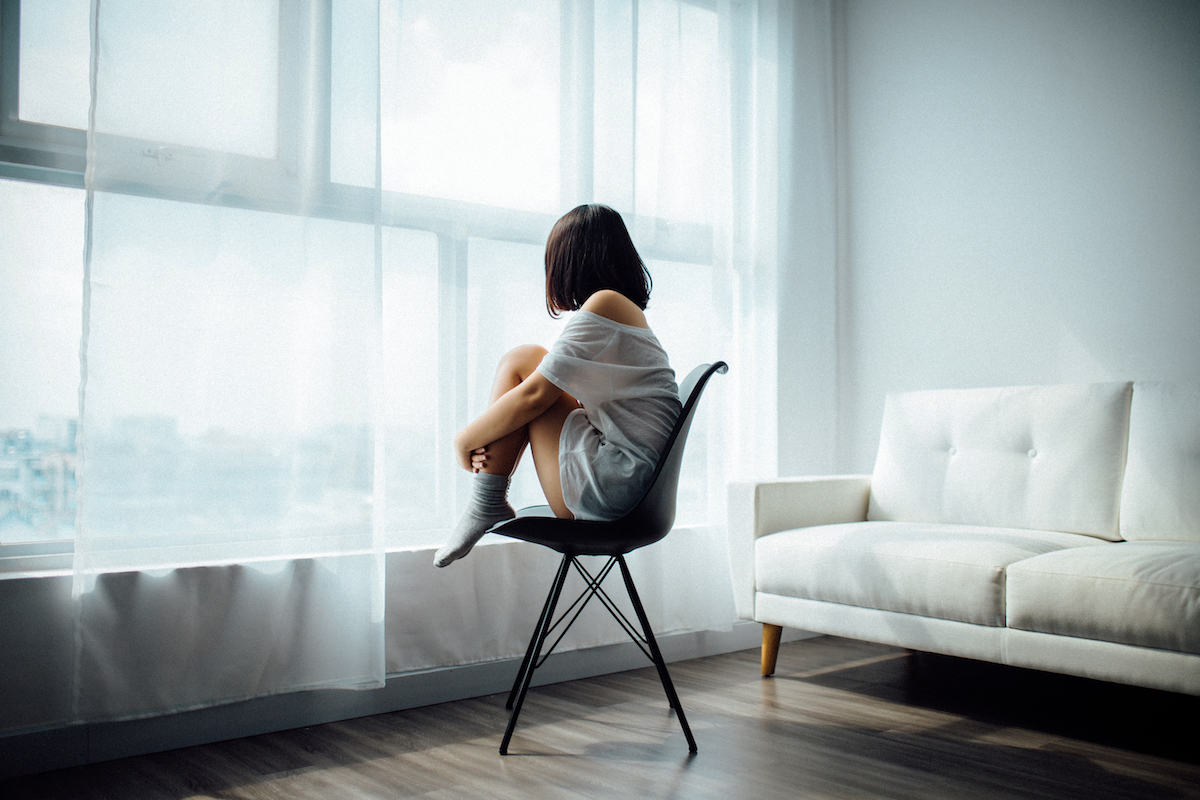 This article originally appeared on SHE'SAID' and has been republished with permission.

I spent most of this morning paralyzed with worry.

My stomach has been in a continuous state of freefall for hours now, with no end in sight. I’ve cried way more tears than water I’ve consumed and the idea of leaving the house seems far too overwhelming to dwell on.

These symptoms are not normal, but somehow they’ve become a normal part of my everyday routine.

As women, we have the weight of oppression and expectation on our shoulders. We don’t need the weight of untreated mental illness as well.

My silence regarding my mental health has stemmed from a number of fears – none of them rational.

I was afraid that my mental illness meant that I was a bad feminist. I was afraid that people would tell me I was making it up. Phrases like ‘it’s not that bad’ and ‘get over it’ have plagued my nightmares for years.

I ingested the stigma around mental illness and carried it like a weight in my stomach for much too long. It radiated toxicity from the inside out until I didn’t recognize myself anymore.

It turns out that what I feared the most was that my anxiety would eat me alive unless I got it under control.

The trouble was, I had no idea how.

Asking for help doesn’t make you weak and it doesn’t make you a bad feminist; it makes you a good one. We can’t break this stigma and help each other unless we start having hard conversations about it. Women are nearly twice as likely as men to be diagnosed with an anxiety disorder, so why is it so hard to admit that I’m one of them?

So I’ll admit it.

I have a mental illness, and it’s time for me to talk about it.

I was first diagnosed with Generalized Anxiety at the age of 15.

It was almost offensive to me that a medical professional would suggest I wasn’t managing well enough on my own. Everyone gets a little worried sometimes, I thought. There was no need to make a big deal.

My doctor offered me a pamphlet and a referral to a psychologist that I blatantly turned town. Sure, I was nervous all the time, but that didn’t mean I was sick… did it?

Small towns like the one I grew up in often breed stigma, and mental health was not something I was aware of until I was well into my teens. We didn’t talk about it because we didn’t know about it. Suffering in silence was much easier than it was to break the cycle of ignorance we grew up in. Friends in my circle were going through much the same thing, but we never dared bring it up.

I was determined to not be sick. So I shoved it down and down, refusing to acknowledge the very real chemical imbalance that slowly brewed in my brain.

A year later, following at least six months of insomnia and chronic fatigue, I wound up bed-ridden.

The original prognosis was a chest infection, but after taking four weeks off school, something seemed odd. I wasn’t coughing anymore, but the idea of going back made me sick.

Anxiety diagnosis number two went by without so much as a blink on my part.

Convinced my doctor was overreacting when he suggested it, I continued on with a perpetual heaviness in my chest and my throat forever filled with panic. My lungs felt like they were filling with fluid and my muscles contorted as if the knots in my shoulders would stop me from breaking.

School was becoming a struggle. I was so anxious I couldn’t sleep or eat and I was far too stubborn to admit it.

‘Aggressively independent’ is the phrase most commonly used to describe me, and rightly so. I’ve never been one to reach out for help and I keep my problems to myself. Admitting I need help is not in my DNA, so imagine my dismay when the school counselor diagnosed me with anxiety for the thirdtime.

This time I was angry. It was terrifying to think that the cracks were starting to show and people were starting to notice how unstable my mental health was growing. From here, things spiraled pretty quickly.

I was a black hole, collapsing in on myself and everyone noticed; except me.

Diagnosis number four came a few months later, after a major argument with my parents.

This time it was my mom who insisted I see a psychologist and I reluctantly agreed, only so I could prove there was nothing wrong with me.

I went twice and decided I was fine.

My mom asked if the psychologist wanted to see me again. I lied and said no.

Not long after, high school ended and so did life as I knew it.

I moved 200 miles away from everyone I knew for college with no money, no job and no idea what I was doing.

Getting through each day was as hard as it was exhausting. Losing sight of the point, I started to spiral. If every day was this hard I didn’t think I’d make it much longer.

I lived like this for two more years before I could face the fact that something wasn’t right.

To say I was being toxic to myself and the people around me would be an understatement.

I was so full of hatred towards myself for not being strong enough to deal with this on my own that it spilled out of my pores and I took it out on other people.

One of my best friends gently suggested counseling and again.

It took a complete physical and emotional breakdown (fueled by alcohol, no less) for me to take action.

She drove me to the doctor and I cried the whole time.

My depression was as severe as my drinking problem and my anxiety was as chronic as ever. I had a problem. But it didn’t have to be one that stopped me from living.

Therapy has changed my life.

Walking out of my first appointment, I felt like I could breathe for the first time in years. I didn’t think I’d ever feel hopeful again but getting my anxiety under control and talking about it means that I feel lighter than ever before.

Sometimes I slip up, but I’m always reminded of how far I’ve come. Anxiety can be crippling if it isn’t managed and I’m fortunate enough to have a support network who have helped me get a grip.

It took me a long time to learn that there is strength in vulnerability.

Asking for help doesn’t mean you aren’t a strong and empowered woman. – it means you’re stronger and more empowered.

Twenty percent of young women suffer from anxiety or depression, with that figure rising. We see advocates for body positivity everywhere and campaigns promoting women’s rights are all over the internet. It’s about time we turned up the volume on the conversation about mental illness.

We can’t advocate for our rights until we look after ourselves first.

I’ve done some pretty dumb things in my life but none were dumber than ignoring my mental health for six years. It breaks my heart to think of the life I missed out on because my crippling fear of being judged stopped me from speaking up.

We can normalize asking for help by having conversations like this. Sharing our stories is the fastest way to tackle stigma and prove that we aren’t in this alone.

Empowered women empower women – but they can’t unless they empower themselves.

If you are struggling with a mental health issue, please take it seriously. We can’t see mental illness, so it’s easy to pretend it’s not there but you don’t have to.

Anxiety damn near ruined my life but you don’t have to make the same mistake I did.

There’s nothing stronger than asking for help.

If you like this article, please share it! Your clicks keep us alive!
Tags
anxiety
counseling
Depression
mental illness
mental illness stigma