Your "Perfect Partner" Isn't Supposed To Be Perfect 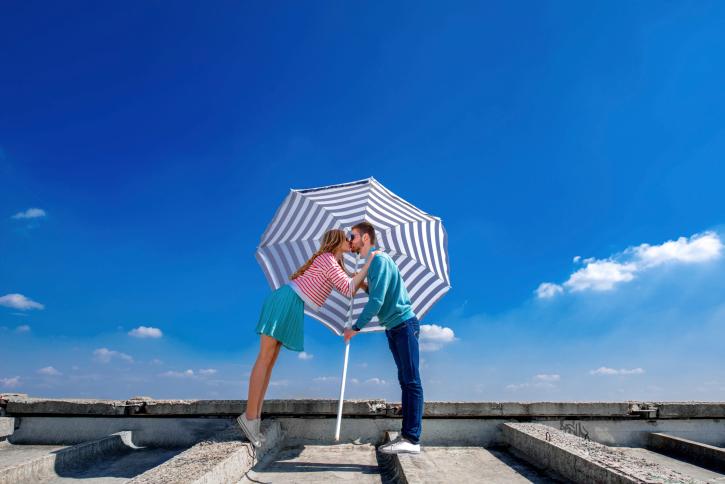 My first husband and I divorced after eleven years. I believed that getting a divorce would end the problems I’d had with him. Big surprise! Divorce ended the marriage but not the problems. I took those with me and continued resolving them through other people.

Divorce did give me a temporary reprieve though. I remember marveling at not being angry the first day after our split. A little space can be helpful – as long as we remember that our problems aren’t with the other person and that our stuff stays with us until we sort it out.

Is divorce the answer? Maybe. Sometimes. But we’ve set causes in motion, and we’re experiencing the results – so our problems are not originating outside of us. To resolve them, we’ll keep attracting people who offer us the same challenges as the partners we’re thinking of leaving. Our choice of relationships is like riding an elevator: If we don’t do something different, such as select a new number, the doors will open and we’ll just get out on the same floor.

I’m still resolving recurring patterns through my present husband. For example, when we play card games, Ron wins a lot and I don’t lose well. Instead of losing politely and maybe even congratulating him, I tend to throw the cards at him. We get the cards out and make jokes about whether I’ll flip out this time – accurately calling out the name of what I do – and it can still turn into a free-for-all!

To have healthy relationships, we need to deal with this stuff. And it won’t work to think: “How can I get my partner to change for me?”

If I had it to do again with my first husband, I’d probably still get divorced. But I’d be smarter and kinder in leaving. Eventually, I got an opportunity to repair some of that.

Two decades after our divorce, my first husband died from a brain tumor at age 56. One evening during his last weeks, Ron and I sat across the dinner table from each other in the Netherlands. I said to him, “I have to go.” And he said, “I know, you have to go.” So I flew back to America and moved into my ex’s house. He was brave and peaceful to the end. Helping to take care of him was the natural thing to do. The real hero was Ron, in giving me his blessing to go.

One thing that I did right following my divorce was to wait before jumping into another serious relationship. Seven years, I waited. I said to myself, “I only want one more romantic relationship in my life – one built on real love and shared purpose.” I wouldn’t settle for less, so I went years without a date!

And then along came Ron. We began as great friends. And eventually, I discovered that he’d seen my photo on the back cover of a book I’d coauthored, and he’d “known inside” that I was the one he would marry – and he’d traveled from Amsterdam to America to find me.

What do I make of it? I believe in the probability of magic – that we all have the power to draw to ourselves whatever and whomever we need to fulfill our purposes and to share real love. But we have to be prepared to make the most of it when it comes.

An important question to ask ourselves is: “Would I want me as a partner?” If the answer is no, the next question is: “What would I want to be different about me?”

We can start living that change today. Or we can leave a years-long trail of messy interactions and failed partnerships.

Getting rid of a partner will not get rid of our problems because we form relationships over and over with the type of people who can help us resolve our particular issues. The perfect partner is uniquely qualified because they are imperfect, and that’s good news.

We look for relationships that can give us what we need to become whole. But that doesn’t mean that our wholeness is someone else’s responsibility. In the area of relationships, two halves don’t make a whole. Two wholes make a whole partnership.

Check out these other articles by The Good Men Project:

What's To Blame For Josh Duggar? Institutionalism, Not Christianity

What Is A Dad, Anyway?